The Worst Marvel Villains of All Time

Perhaps the most common criticism of Marvel’s sprawling cinematic universe is that it doesn’t offer much in the way of memorable villains. Aside from Tom Hiddleston’s charismatic Loki, most of the villains are nothing but well-known actors with vague motivations in disposable roles that only last a single film. As bland as they may be, at least those villains never reach the same heights of horribleness achieved in many Marvel comics. When the writer ran out of ideas, they came up with some truly awful excuses for antagonists. Let’s go through the worst of the worst. 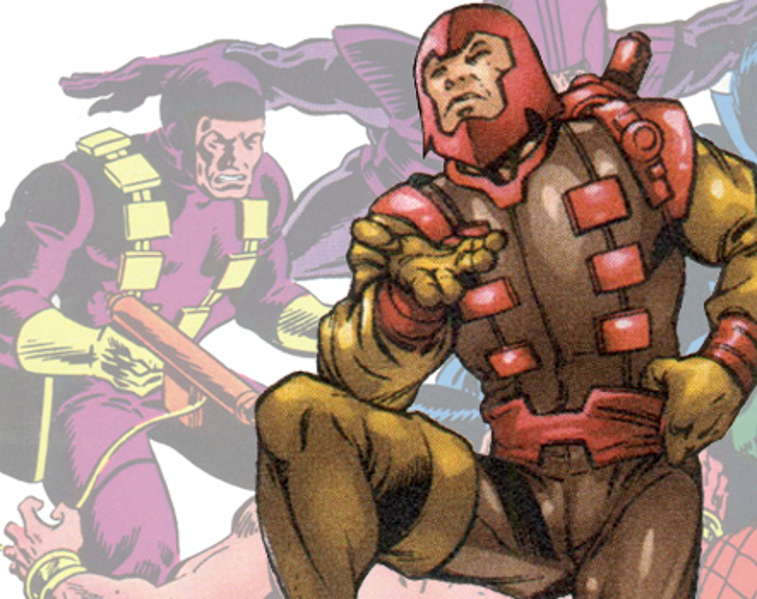 A villain as silly as his alliterative name suggests, Paste-Pot Pete was an evil scientist dressed like a homeless French janitor or someone whose only “power” was spraying things with fireproof superglue, a skill he somehow uses to steal money and weaponry. The Fantastic Four foiled his plots on numerous occasions, presumably while wondering “is this the best villain they could come up with? Really?” Pete got an upgrade later in his career to the decidedly cooler “The Trapster.” 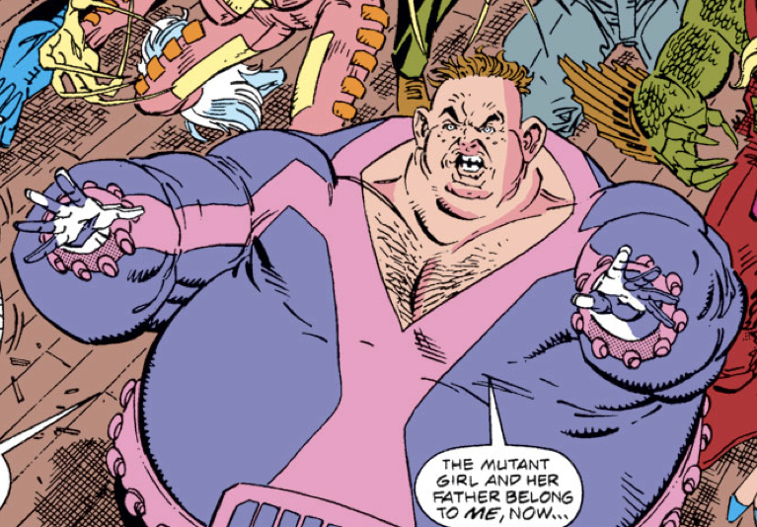 The best thing you can say about token fat-guy villain Critical Mass is that his name is kind of clever, I guess. Otherwise, the fat former classmate of Peter Parker named Arnie Gunderson is nothing but a useless blob of villainy cliches, along with the mutant ability to shoot an explosive force from his stubby fingers. His ugly design might have contributed to his untimely death in the comic, when he accidentally activated the enormous power of a mutant named Mary. 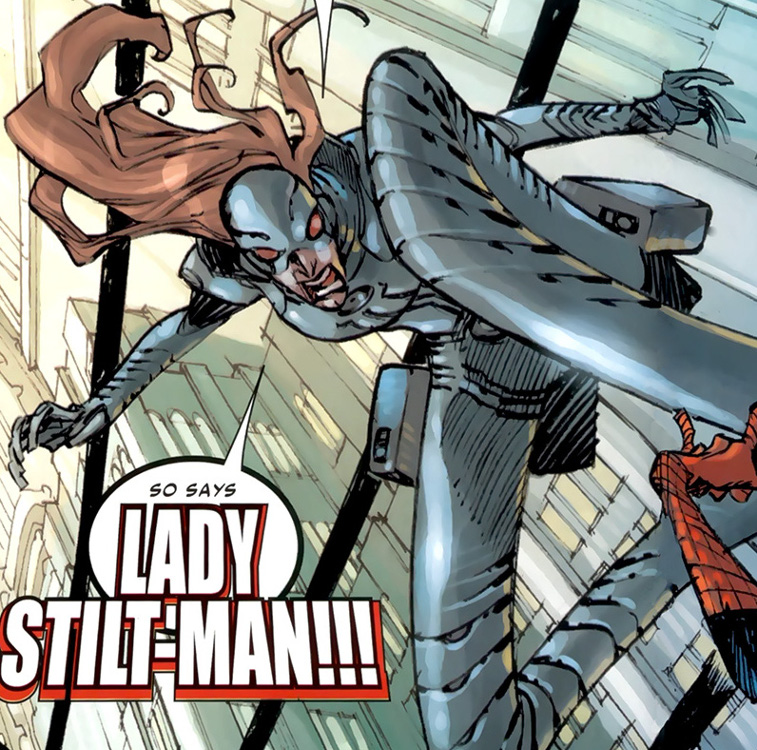 As if a villain named Stilt-Man wasn’t bad enough, the folks at Marvel had to follow-up that storied villain with an awkwardly-named female counterpart. Seriously, couldn’t they just call her Stilt-Lady? Her powers are passable, an armored suit and telescoping legs, but she’s easily defeated by removing a man-hole cover. If that’s not the lamest way to dispatch a lame character, I can’t imagine what is. 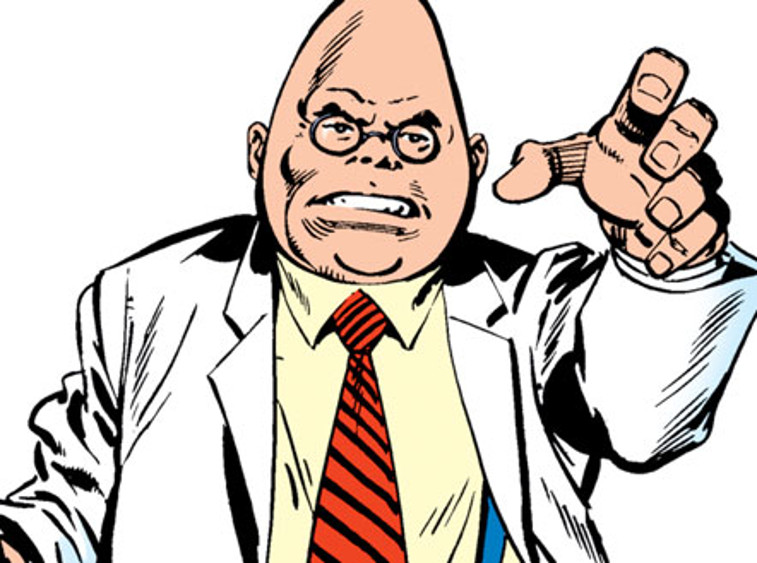 Anyone wondering why Ant-Man was always considered a third-tier hero need look no further than his arch-nemesis, Egghead. A generic mad scientist named after a silly physical deformity, Egghead is as cliched as his villainy is mild. He steals and tries to kill Hank Pym, sure, but his ultimate goal is to invent a cure for aging, which doesn’t seem very villainous at all. Egghead meets his end when Hawkeye shot an arrow into the barrel of his gun, causing a misfire — a cartoonish death even by comic book standards that further lessens whatever menace Egghead might have possessed. 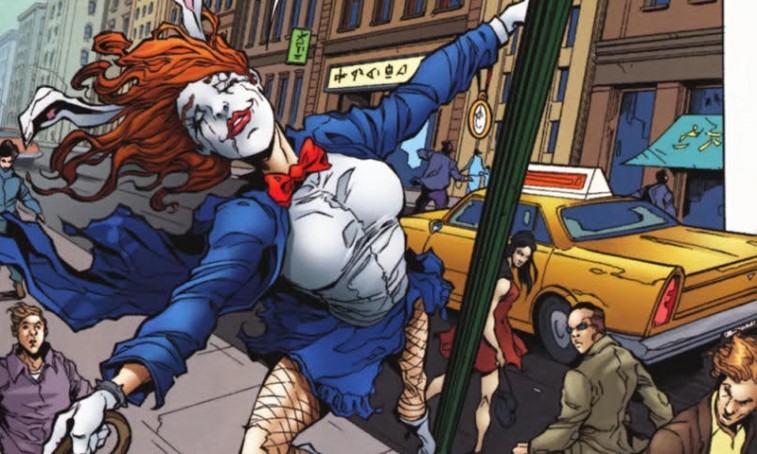 Somehow a 19th century literary reference and the cuddliest herbivore in the animal kingdom don’t equal a very intimidating villain. Lorina, aka White Rabbit, spent most of her lonely childhood reading Lewis Carroll’s Alice in Wonderland before becoming a trophy wife, killing her husband when she became bored and making a name for herself in the criminal underworld with the moniker White Rabbit. Bunny-related puns abound for this adorable Spider-Man villain, who was eventually stopped during a big Easter egg heist. 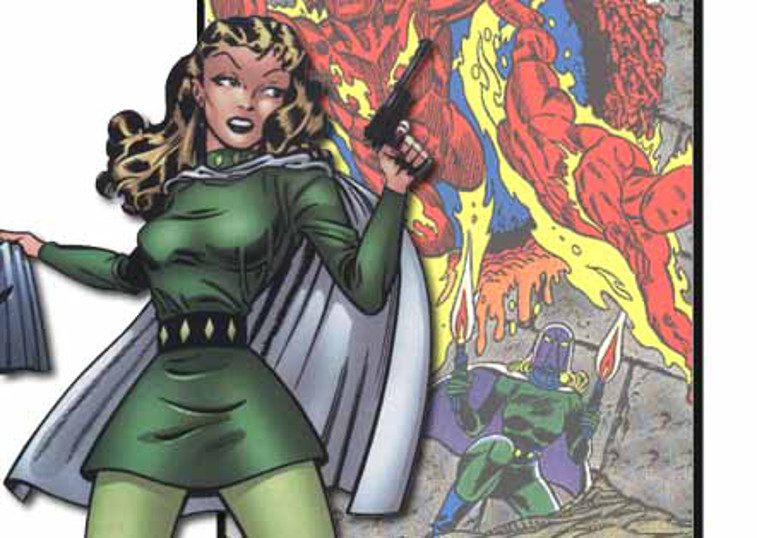 Do I need to explain why this is so lame? The dangers of asbestos are well-known to most homeowners, and the Fantastic Four became acquainted with them as early as 1947, when Asbestos Lady caused a few problems for the Human Torch due to the heat resistant nature of her asbestos suit. Eventually, Asbestos Lady fell victim to her own element, dying in 1990 due to cancer from long-term asbestos exposure. Wait, is this a comic book or a really bland after-school special about the risk of asbestos? 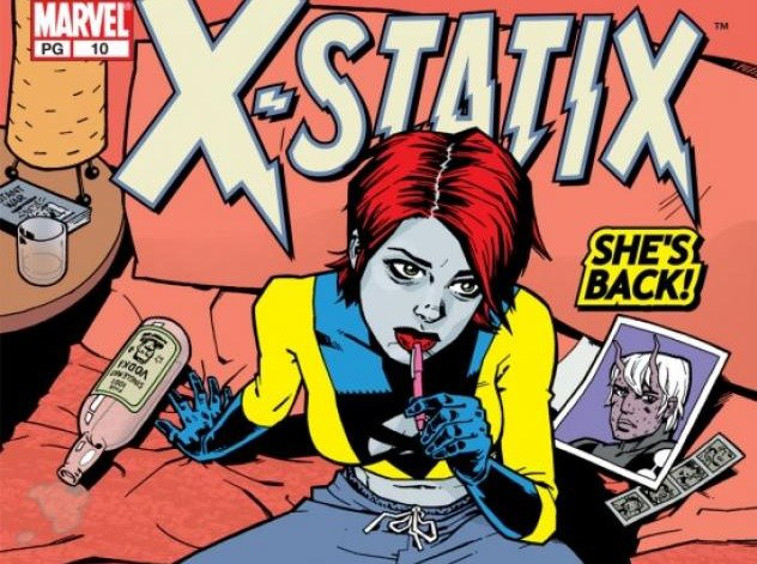 As lame as many of these other villains are, none of them can really match Gin Genie’s grab-bag of powers for sheer inexplicable insanity. The X-Men villain introduced as recently as 2001 was probably intended to be edgy somehow, as she’s essentially an alcoholic whose powers increase with her drunkenness, just like an abusive drunk! She even cries a lot, in between emitting seismic waves proportional to the amount of liquor in her system. If she were part of a superhero parody comic, this might be pretty funny. Alas, she was not.

Stryfe represents a lot of what people loathe about the X-Men comics throughout the ’80s and ’90s. His convoluted origin story establishes that Stryfe (a desperate attempt at a “cool” name if there ever was one) is a clone of a character from the future, who was actually the child of another character’s clone. Got that? His costume is adorned with shiny blades everywhere, because that’s “extreme,” right? For all the extraneous weaponry built into his costume, Stryfe accomplishes very little in the way of evil-doing, despite somehow being alive millions of years. 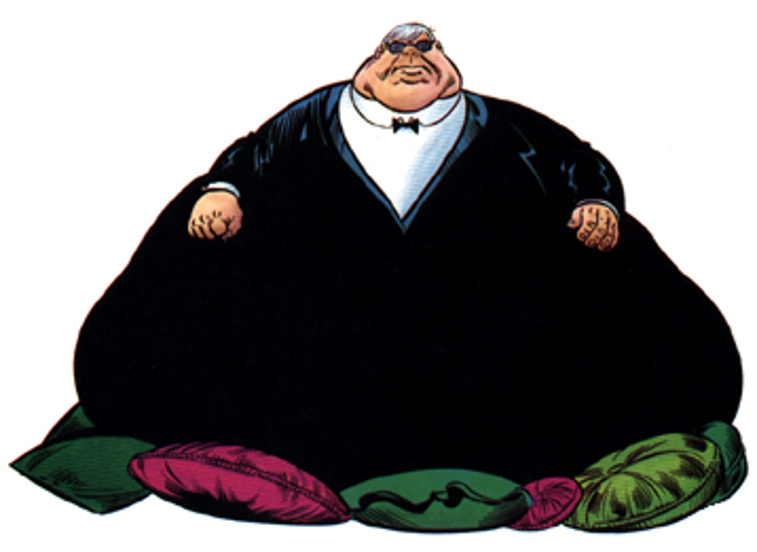 Marvel is apparently really infatuated with turning fat people into disgusting villains, as evidenced by the Jabba the Hut-esque character of the Slug. The drug dealer and Captain America villain is unable to move due to his obesity, but nonetheless manages to consume people he doesn’t care for by absorbing them into the rolls of his fat. The Slug, aka Ulysses X. Lugman, was thankfully dispatched along with the rest of the Skrulls (whoever they are) and has been gone since. He has not been missed by anyone. 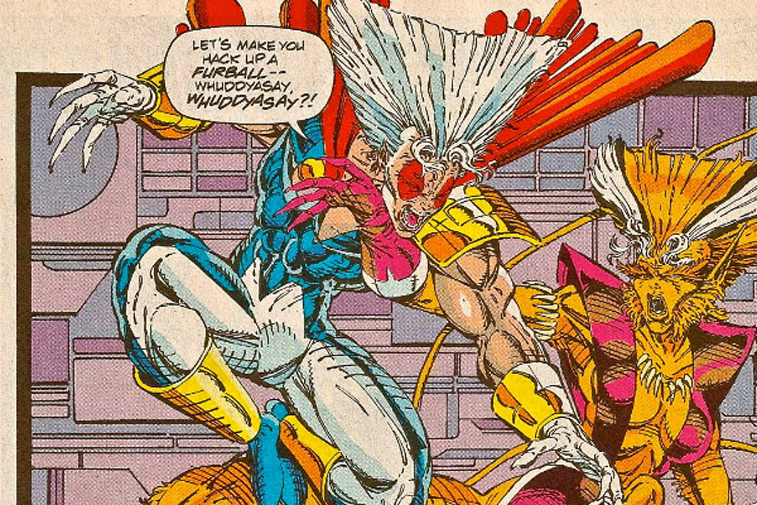 Another unfortunate addition to the X-Men universe that just wreaks of ’90s cool kid cliches, Wildside is nothing but an anti-Wolverine with one of the most obnoxious comic designs ever committed to paper. The character boasts all the same powers of Wolverine but none of the style, instead replaced by a hyperactive expression and horrible hair that would make even a hair metal band think he needs to tone it down. Wildside never accomplished much, except annoying anyone with eyesight, even as the leader of the similarly terrible villain group the Mutant Liberation Front.