10 Patriotic Songs for the Fourth of July 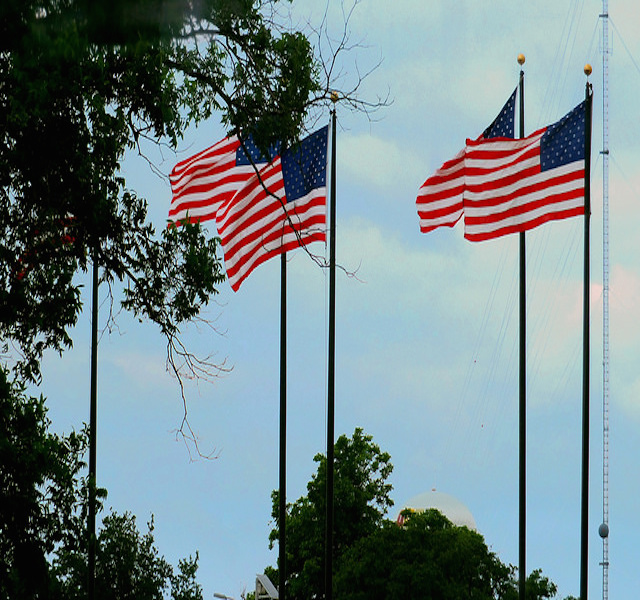 The Fourth of July is just around the corner, and like any other holiday, it has its own signature music to go along along with those BBQ celebrations and get you in the spirit of things. Need help picking out the perfect soundtrack for your get-together? These ten ultra patriotic songs will have you and your guests bursting with star-spangled pride!

Originally and recorded by country artist Lee Greenwood in 1984, this song has since been re-released multiple times. Though it reached No. 7 on the Billboard charts initially, it re-entered the country music charts at No. 16 in 2001 shortly after the September 11 attacks. It has also been covered multiple times, most notably in 2008 by Beyonce, who re-released her version and donated all proceeds to charity in 2011 in honor of the ten-year anniversary of 9/11.

The late country artist’s classic track, released in September 1984, gives thanks to the soldiers who fight to protection the nation and encourages the unity of citizens. The song reached No. 6 on Billboard’s Hot Country Singles and the ensuing video features shots from different parts all around the U.S.

Released in 2003 off the southern rock band’s album, Vicious Cycle, this track reached No. 27 on the Billboard Mainstream Charts. The song encourages listeners to work hard, no matter where “you ‘re a lawyer, or a Texas oil man.”

The title track off the 1974 album was far from the legendary and outspoken country music singer’s only politically related song, but it is one of his standouts. The spoken word tribute pays homage to the American flag and its story—from the hole it got when Washington took it across the Delaware to when it “almost fell at the Alamo.” Can’t get more patriotic than that!

5. “Courtesy of the Red, White and Blue (The Angry American),” Toby Keith

Keith has made an entire career out of American-centric tunes and this is one of his most famous–for good reason. Written shortly after both the death of Keith’s father in 2001 and the 9/11 attacks, the song revolves around his dad’s faith in his country. It reportedly only took Keith about 20 minutes to write the song and at first, he refused to record it, instead choosing to only perform it live. It was eventually released in May 2002 as the lead single off his album, Unleashed.

Many know this song as that tune that was playing in the background when Apollo Creed enters the boxing ring in a famous scene in Rocky IV. The track was used to imply the character’s patriotism and the track’s music video features scenes from the movie, alongside cuts of Brown performing the song and photographs of the U.S.A. If you feel like getting on your feet during your July 4 party, this is the single for you.

The U.S. National Guard used this single, released in 2007 off the band’s self-titled album, in a recruitment campaign. The song pays tribute to all of the soldiers that fight for the nation and even features several members of the National Guard in the music video.

After 9/11, the famous country singer-songwriter reworked the lyrics to “A Country Boy Can Survive” to portray a picture of hope for the nation’s future. The song ensures listeners that the nation can rise above any obstacle, no matter how heartbroken, thanks to the pride of its citizens.

Released as the first single and title track from his 1969 album, this is arguably Haggard’s most famous song ever. In the lyrics, the singer expresses frustration with those criticizing the nation and “runnin’ down on my countrymen.” Toby Keith once called this “the original Angry American song” in reference to his own song (No. 5 on this list) and he was right. In another artist’s hands, this song may have sounded too angry. But Haggard makes it sound just patriotic enough.

The song, which was the third single off his 1985 album Scarecrow, was a top ten hit on Billboard Hot 100 and Top Rock Tracks chart and is one of the most popular patriotic songs in classic rock. Need more proof that the track is a staple in Fourth of July celebrations? According to a Spotify poll that surveyed the most well-liked patriotic jam in every state, Mellencamp’s track beat out Greenwood’s “God Bless the USA” (which won out in the majority of states, by far) proved to be the most popular star-spangled song in Illinois and Mississippi.