10 Records to Pick Up in October

October has a lot of exciting albums to give us, from Taylor Swift’s first pop record to Lil Wayne’s (supposedly) final album to Weezer’s reckoning with fans for not liking its last couple of albums. Here’s a list of 10 records to get excited about picking up before Halloween. 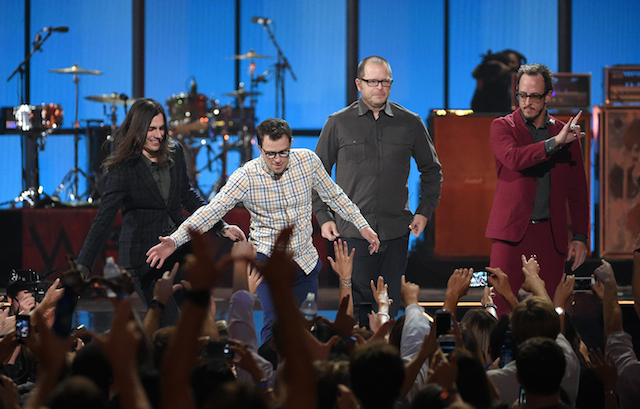 Weezer, Everything Will Be Alright in the End, available now

This year Weezer celebrated the 20th anniversary of its debut record and cult classic known by fans as The Blue Album, and the band is proving its longevity by releasing a new record. Everything Will Be Alright contains your typical Weezer love songs, but frontman Rivers Cuomo told Rolling Stone that he explored his serious side on the album, with songs about his contentious relationship with Weezer’s fans as well as his deadbeat dad. The album has been anticipated because it’s the band’s first in four years, and its two last albums weren’t very well received, so Weezer fans have gone a long time without satisfactory music. 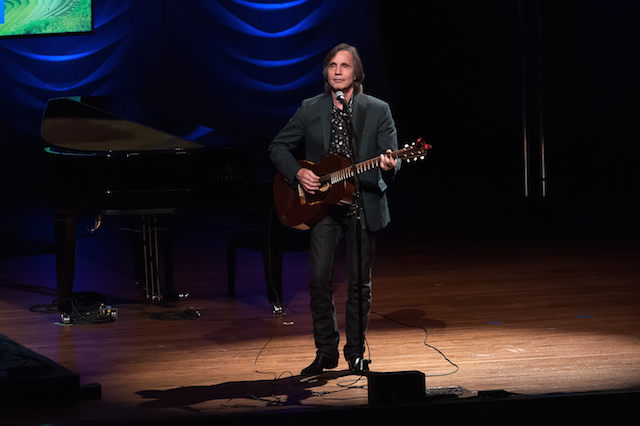 Folk singer-songwriter Jackson Browne released his 14th album this fall, and it has some decidedly old-school influences, including Bob Dylan, the Byrds, and the Eagles. The album finds Browne in an optimistic mood, with rallying cries for change like “Which Side Are You On?” which he debuted during the Occupy Wall Street protests in 2012, and the environmental love song “If I Could Be Anywhere.”

Hungry Ghosts is the first album from the indie rock band in four years, and the group hasn’t ditched its signature fun, visually tricky videos. A group that’s as known for its videos as its music, OK Go rose to fame with its clip for “Here It Goes Again,” which features the group performing complicated choreography on treadmills. The band’s new video for “The Writing’s on the Wall” is composed of a mind-boggling set of optical illusions that were performed by the group in a Brooklyn warehouse, all in one take. The video’s forced perspective changes and illusions reflect the song’s subject matter, about the time when a relationship is ending and both parties are beginning to see it in a different light than they previously had. 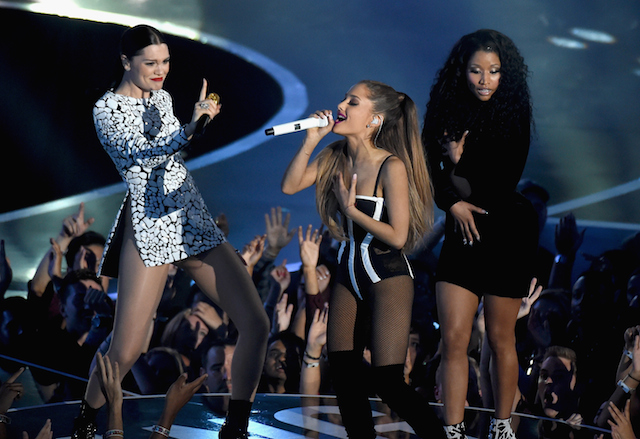 Pop star Jessie J is best known for her collaborations with more famous pop voices, including her current hit “Bang Bang” with Ariana Grande and Nicki Minaj. The pop star is looking to come into the spotlight on her own, though, and is embracing her roots in gospel and soul music while doing so. “I love pop music, and I naturally write pop music, but I sing naturally soul and gospel. A lot people don’t know that about me,” she told Rolling Stone. Anyone who saw her performance with Minaj and Grande at the Video Music Awards could tell that she was the best singer on the stage by far, even if Minaj’s wardrobe malfunction stole the spotlight and Grande is a bigger star, for now. Her most recent record, Alive, wasn’t even released in the U.S., but the English singer-songwriter is on the edge of her big break in America after “Bang Bang.” 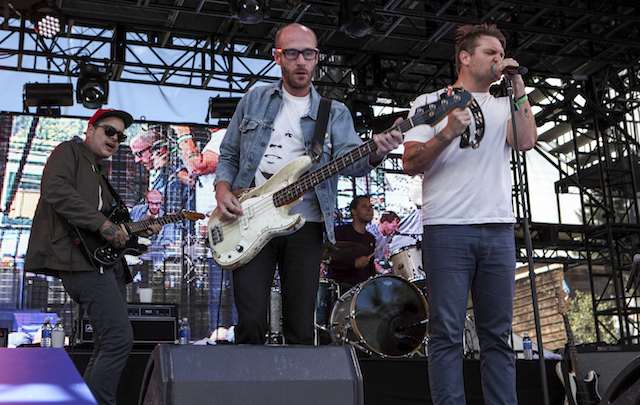 The indie rock band Cold War Kids is best known for its catchy laundry-metaphor hit “Hang Me Up to Dry” from its debut, Robbers & Cowards. The group hasn’t quite met the high critical expectations that were set by that record with its following efforts, but its fifth album could make the band more than a one-off success. “Cold War Kids aren’t exactly reinventing the wheel, but rather emphasizing their core strengths of solid, enjoyable guitar rock,” said Consequence of Sound of the first couple songs from the record that have been released.

Veteran Southern rapper T.I. is about to reap the benefits of grooming his protege Iggy Azalea by getting attention for featuring her on his latest single, rather than the other way around. T.I. discovered the Australian, whose single “Fancy” was named the song of the summer and who has become a huge star in the past couple of months, and now T.I.’s “No Mediocre” is benefiting from featuring Azalea. Paperwork will be the rapper’s ninth album and his first solo record since 2008’s hit Paper Trail. In the meantime T.I. has been growing his Grand Hustle record label, but now he has to prove his solo work can still attain the popular heights it once could in the fast-changing hip-hop world. 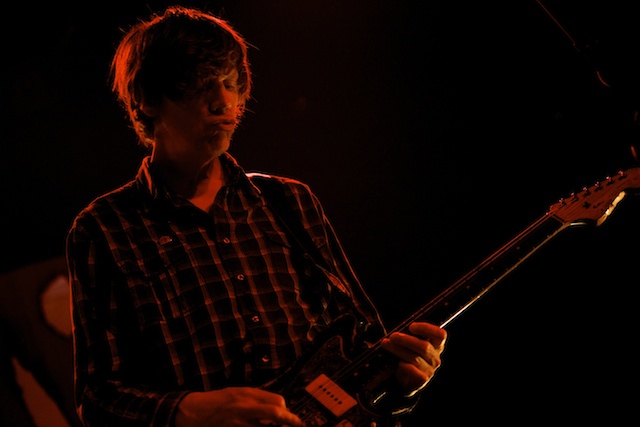 The former Sonic Youth frontman is releasing his fourth solo album, which is his second record since the iconic alternative band that he helped found went on an indefinite hiatus. Pulling together a new band with My Bloody Valentine bassist Debbie Doode, Nought guitarist James Sedwards, and Sonic Youth drummer Steve Shelley has left the moody frontman so inspired that he’s hoping the current lineup stays together. Rolling Stone heard the record and said it sounds like Sonic Youth minus that group’s bizarre experimentation, which could be good or bad depending on your tastes and stance on the Kim Gordon feud.

Swift has already been getting a lot of attention for her single “Shake It Off,” which, like most Taylor Swift songs, some find catchy and fun while others find it completely annoying. Swift is calling this album her “first pop album,” having finally pushed away from her country music beginnings completely, though many would argue that Swift was never really all that country in the first place. The record takes inspiration from pop music both contemporary and from the decade referenced in the title, including artists like Phil Collins and Annie Lennox. While her last album, the hugely successful and multiplatinum Red, contained a fusion of pop and country sounds, Swift’s progression toward straightforward pop is a fairly predictable evolution. 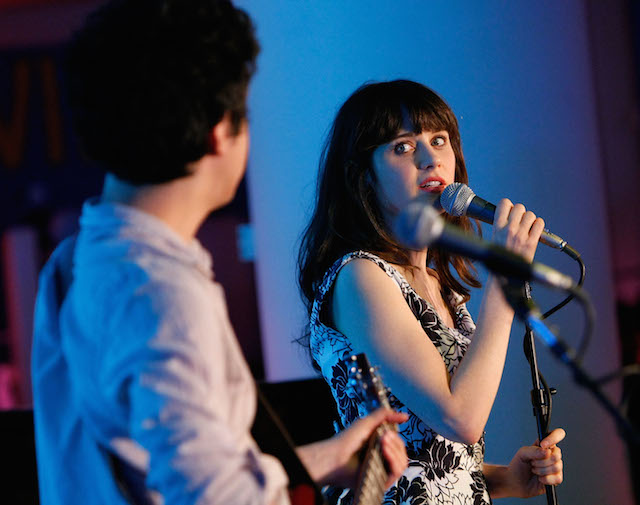 Indie dream girl Zooey Deschanel has found time to record a new album with her musical soulmate M. Ward despite being busy starring on the popular sitcom New Girl. The duo has switched labels, and Classics will be their first album on Columbia. Deschanel has used the band to essentially create the hipster-girl-with-a-ukelele archetype, but her nauseatingly sweet cuteness belies real talent. The album will feature covers of 13 classic songs, all of which were recorded live with a 20-piece orchestra. A track listing hasn’t been released, but at least one of the songs will be Maxine Brown’s “Oh No Not My Baby.” 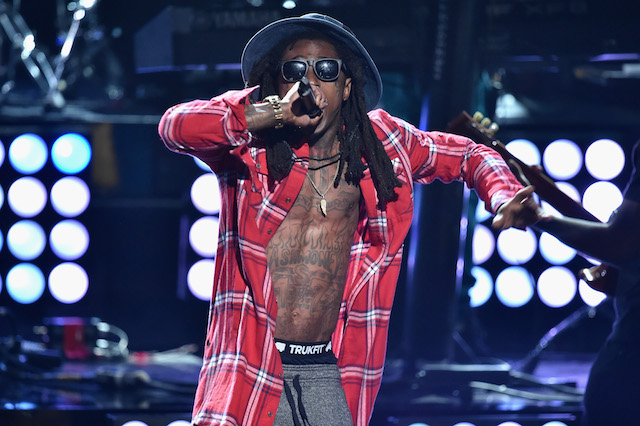 Despite the famously fickle nature of hip-hop retirement, Lil Wayne insists that Tha Carter V is going to be his last record. The rapper has been saying that the fifth installment in the Carter series would be his last record since 2012 and appears to be sticking to his word. His declining popularity since he got out of prison could be contributing to those plans, as Wayne himself has acknowledged that the 10 months he spent at Riker’s set him behind in the rap game. Wayne was at the height of his popularity between 2006 and 2008, but his last record, Tha Carter IV, did not perform as well critically or commercially as previous efforts. Wayne recognized this in a keynote he did at South by Southwest this spring. “Today, when I hear a Euro song, I’m like ‘Man, I didn’t even know that was a word,’ ” Wayne said, referring to one of the new rappers on his Young Money label, per the Los Angeles Times.

If you’re more into rock, check out our list of new albums from old rock legends that have recently been or are soon to be released.