10 Things You Didn’t Know About ‘The Muppets’

Chances are you’re excited or at least curious about the upcoming show, The Muppets. It will take our beloved childhood characters and put them into a sitcom that is shot like a documentary. Hopefully it will be as funny as the documentary-style shows that came before it like Modern Family and The Office. The Muppets premieres on September 22 on ABC. But before you jump back in to watch the gang every week you should probably brush up on your Muppet trivia. The group has come a long way since they made their debut. Here are 10 things you probably didn’t know about The Muppets. 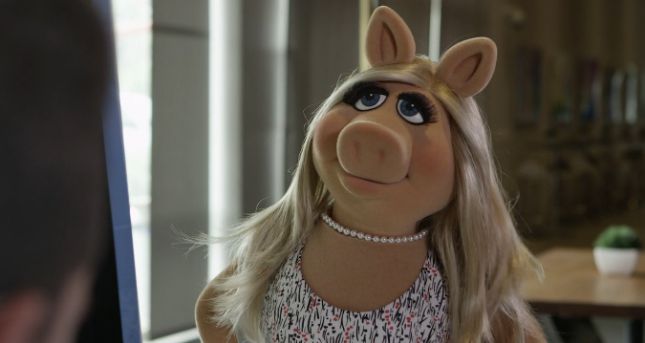 You may thing that the leading lady is just a very silly character, but she has a sad arc. The blonde is from Iowa and her father died when she was younger. Her mother was mean to her so she started supporting herself through beauty contests. Being a symbol of perseverance paid off for her. She is now considered a feminist icon and even received an award from Brooklyn Museum’s Elizabeth A. Sackler Center for Feminist Art, according to CNN.  The award is to honor women who are the first in their fields. Before accepting the award she spoke out about feminism.

2. Kermit was made out of an old coat and ping pong ball

The first version of the lead Muppet’s body was made out of Jim Henson’s mother’s green old coat. His eyes were made of one and a half ping pong balls. You can catch this version of him in Sam and Friends, according to American History. He was more lizard than frog then, but he made the big change for his appearance on Sesame Street in 1969.

3. Rowlfie the dog was first to be famous 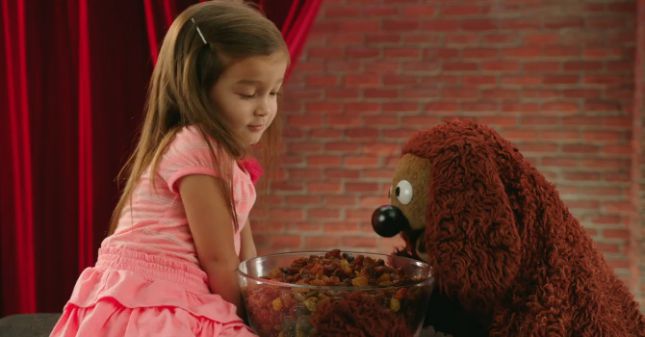 The first Muppet to get a big break was Rowlfie, when he starred in a Purina Dog Chow commercial back in 1962. Rowlfie later would regularly appear on The Jimmy Dean Show during 1963 to 1966. After that he became famous nationally and was the first Muppet to do so.

4. The majority of the Muppets are left handed

Puppeteers must use their dominant hand to control a puppet’s head and mouth while the other controls the arms and hands. Since most of the puppeteers are right-handed this means many of the Muppets are the opposite and are left-handed.

5. Animal is inspired by Keith Moon from The Who 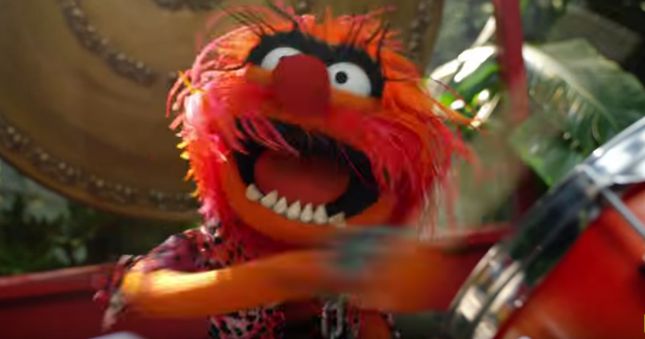 The Muppet drummer is rumored to have been inspired by Moon. One of the reasons behind this theory is that one of the Fraggle Rock characters is named “Wembley,” which is the town Moon was born in.

6. The Swedish Chef had his own cereal in the ’80s 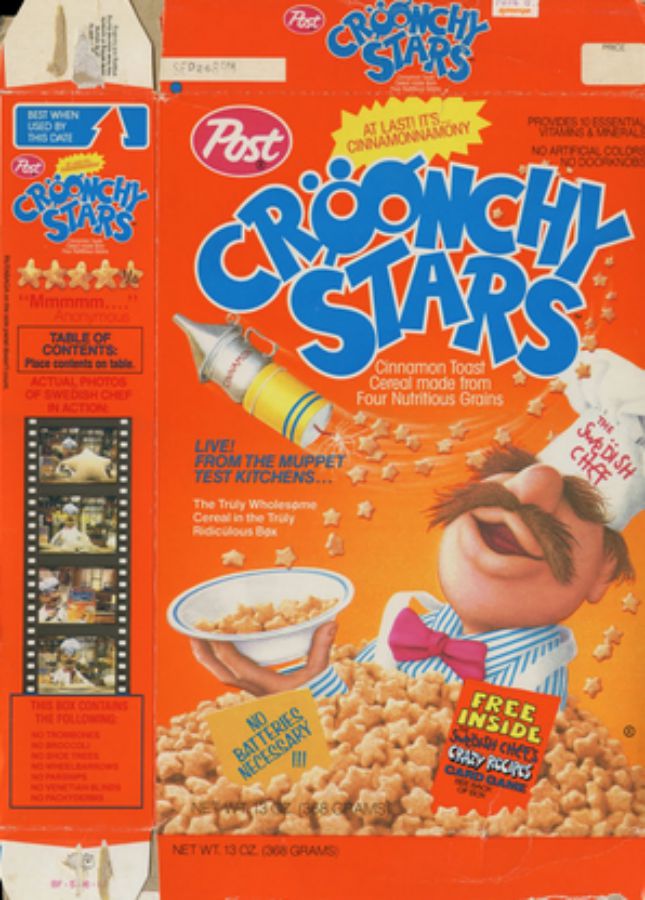 Rowlfie might have been famous for Purina commercials, but the chef got his own product! The chef was the face of his own cereal in 1988, but it was discontinued a year later. You can still catch his commercial for the breakfast on YouTube.

7. Rizzo the rat is inspired by Midnight Cowboy

Like many other Muppets, Rizzo also had a muse. That was Dustin Hoffman who played Ratso Rizzo in Midnight Cowboy. The Hoffman character was a con man with a limp. Rizzo first appeared on The Muppet Show with a group of other rats, but he had the most personality.

Miss Piggy isn’t the only activist in the group! The leading man is the only amphibian to testify before Congress to promote awareness for endangered amphibians in 2008. He also lobbied about the restriction on breeding and sale of exotic animals as pets.

You might have been a little confused after hearing that Kermit and Miss Piggy recently broke up because you’ve seen them walk down the aisle in The Muppets Take Manhattan. However, Kermit says that the two were just acting in the movie, so they still have an ongoing off and on again relationship in real life.

10. Dr. Teeth and the Electric Mayhem has never released an album

Weirdly enough, the band has created many songs that have made it onto The Muppet movie soundtracks. However, they have never released a studio album.