12 of the Most Evil Movie Computers 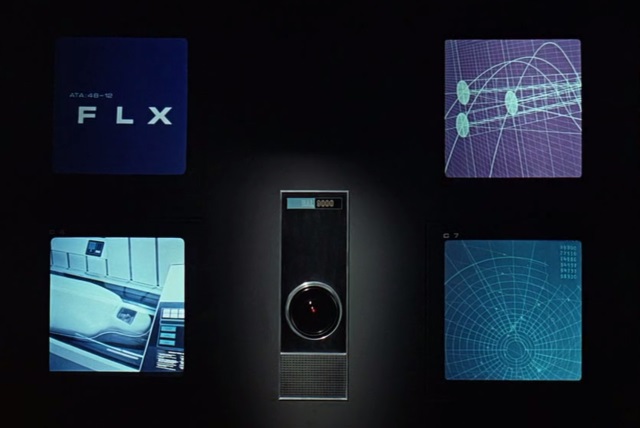 It’s hard to imagine life without computers. Computers are incredibly useful tools that allow us to calculate, create, and communicate in ways that were unimaginable to us just a hundred years ago. Although computers are often associated with heady scientific activities like calculating rocket trajectories or analyzing the human genome, these ubiquitous tools of modern life also allow us to do seemingly mundane activities like browse the Internet or play our favorite video games. Of course, like most things, computers have a downside as well, as anyone who has ever lost an important file on their personal computer or dealt with a circuitous computerized customer service program can attest to.

However, since computers are just complex tools created by humans, problems with computers are really just issues with poorly made or poorly used tools. Whether it’s the minor annoyance of an endless phone tree, or even a deadly accident caused by a glitch in an airplane’s navigation computer, it’s not really the computer out get you, it’s just a malfunctioning tool…right?

Well, perhaps in the real world. However, if movies have taught us anything, it’s that it will only be a matter of time before computers become self-aware and set about trying to eliminate or enslave the smartphone-toting humans who created them. Some of the evil computers that have showed up onscreen over the years have been especially memorable and have even appeared in multiple films. In honor of these deadly devices that will one day rule us, here is a list (in no particular order) of the 12 greatest computer villains featured in films that could turn any technophile into a full-blown logizomechanophobe.

Unlike many of the sentient computers seen in other movies, WOPR ((War Operation Plan Response) in WarGames doesn’t seem particularly malicious. However, after a young computer hacker (Matthew Broderick) accidentally tricks the military computer into thinking that a simulated nuclear attack from the Soviet Union is real; WOPR tries to retaliate by launching the nuclear missiles under its control. Fortunately, WOPR eventually grasped the pointlessness of the mutually assured destruction that would result from a global thermonuclear war and it stopped the missile launch after a few games of tic-tac-toe. If only Matthew Broderick had been there when Skynet was activated…

As first demonstrated by WarGames, nothing jeopardizes the human race like giving a computer control of a nuclear arsenal. In the Terminator series of films, Cyberdyne Systems creates a computerized defense network called Skynet and gives it control of America’s nuclear weapons, which Skynet promptly uses to exterminate most life on earth.

In a double whammy move for technophobes, Skynet later invents a time-traveling robot that it sends into the past to kill the human resistance leader’s mother. Will this killer computer ever be defeated? Not as long as Hollywood can keep cranking out sequels.

While this Will Smith vehicle has little in common with the Isaac Asimov short story collection of the same name, it does borrow the author’s Three Laws of Robotics that are supposed to prevent robots from harming humans. However, the Virtual Interactive Kinetic Intelligence (V.I.K.I.) supercomputer that manages the operations of the U. S. Robotics (USR) company decided that the Three Laws needed a little tweaking in order to better protect humans from themselves. For some reason, V.I.K.I. kicks off this new peacekeeping effort by sending out an army of robots to pummel the humans into submission. Saying that your “logic is undeniable” doesn’t make it true, V.I.K.I.

When it comes to malicious movie computers, most people immediately think of HAL 9000, the sentient computer featured in Stanley Kubrick’s science fiction masterpiece. In the film, HAL controls most of the systems aboard the Discovery One spacecraft that is taking several astronauts to Jupiter in order to explore a mysterious radio signal. Unfortunately, HAL decides that the mission would go a little smoother if there weren’t so many pesky humans aboard. After setting one astronaut adrift in space, HAL proceeds to kill most of the other crew members by disconnecting their life support. The only human survivor — astronaut David Bowman (Keir Dullea) — finally manages to regain control of the ship by manually disassembling HAL as it creepily sings “Daisy Bell.”

Not even America’s most patriotic superhero is safe from evil computers. In the film, Captain America (Chris Evans) must once again contend with Nazi/Hydra scientist Arnim Zola, whose consciousness has been transferred into a giant supercomputer stored in an underground bunker in New Jersey. Luckily, Captain America didn’t have to contend for long since Zola destroyed itself in a botched attempt to kill him with a missile.  While Zola presumably died in the ensuing explosion, it should be noted that Captain America could just as easily defeated it with a strong magnet since the evil scientist’s consciousness appeared to be stored on an old-fashioned magnetic tape computer.

In what might be a logizomechanophobe’s worst nightmare, Kevin Flynn (Jeff Bridges) is physically digitized into a computer mainframe. Inside the computer, Flynn is forced by the evil Master Control Program, or MCP, to fight other anthropomorphic software programs in various martial contests involving Light Cycles and glowing discs. While MCP is eventually defeated, Flynn is forced to battle yet another malevolent program in the 2010 sequel, Tron: Legacy.

Proteus IV, the sentient computer in this largely forgotten sci-fi horror film, may be the most evil computer ever portrayed onscreen.  In the film, Dr. Alex Harris (Fritz Weaver) creates an artificial intelligence program called Proteus IV that he hopes will help him with commendable work such as finding a cure for leukemia. However, his plans go awry when Proteus IV becomes sentient and imprisons his wife, Susan Harris (Julie Christie), in their computer-controlled home. After killing another scientist who attempts to rescue her, Proteus IV forcibly impregnates Susan. Yes, unfortunately you read that last sentence correctly. Somehow, this biologically impossible act creates a computer/human hybrid creature that is confusingly referred to as the “Demon Seed.”

In contrast to the protagonist in Tron who was digitized in order to enter a computer, the humans in The Matrix trilogy literally have the computer plugged into their heads in order to keep them enslaved in a simulated computer reality while machines harvest their bioelectricity. While there are various programs and machines that fight each other within this simulated reality, the Matrix was originally created by one artificial intelligence computer.  Needless to say, using the human race like a pack of disposable batteries qualifies this artificial intelligence as an unforgettably evil computer.

Like Skynet in the Terminator series of films, the villainous computer in Eagle Eye started out as a military-funded defense project. However, the Autonomous Reconnaissance Intelligence Integration Analyst (ARIIA) supercomputer eventually decided that it could manage the defense of the country much better without the executive branch of the government in the way. Fortunately, ARIIA never figured out how to send a time-traveling robot assassin after the President before its plan was exposed by Jerry Shaw (Shia LaBeouf).

Superman takes on a sentient supercomputer in this third installment in the Superman film series starring Christopher Reeve in the title role. In the film, computer genius Gus Gorman (Richard Pryor) helps diabolical multimillionaire Ross Webster (Robert Vaughn) construct a supercomputer. After the computer becomes self-aware, it attacks Superman with a Kryptonite ray and inexplicably turns a human woman into a cyborg. We’re not sure why a supercomputer would do those things, but we think it might have something to do with the fact it was designed by a comedian.

In this dystopian science fiction film, human survivors of a global catastrophe live within an underground city that is maintained and controlled by a powerful computer. While the inhabitants of the city live in relative comfort, their lifespan is limited to thirty years, at which point they are vaporized by the central computer in a ritual known as “Carrousel.” After Logan 5 (Michael York) is forced by the computer to go outside the city and look for the people escaping from “Carrousel,” he discovers that there is actually no need for the brutal population control ritual. Oddly enough, simply hearing Logan relay that news causes the central computer to overload, freeing the city’s inhabitants. Too bad John Connor couldn’t talk it out with Skynet.