12 TV Shows Likely to Get the Ax After This Season

It’s not easy to avoid the chopping block when it comes to primetime television. Whether it’s a returning series or a new show, livelihood is purely a numbers game, and when the numbers go south, cancellation is not far behind. TV by the Numbers runs a series of articles outlining which shows from the major networks are trending downwards using what it calls the “Renew/Cancel Index” — a ratio that takes into account a show’s 18-49 age group ratings relative to the performance of other shows.

In general, a score less than 1 puts a show at considerable risk of cancellation, while a score greater than 1 puts a show in safer territory. Shows approaching 2 on the scale are more or less untouchable — pretty much assured for an early renewal. Shows trending around 0.5 are generally in big, big trouble as networks decide what to cancel. Using TV by the Numbers’ Renew/Cancel Index, here are the shows from each of the five major broadcast networks — ABC, Fox, CBS, NBC, and The CW — that seem destined for the chopping block. 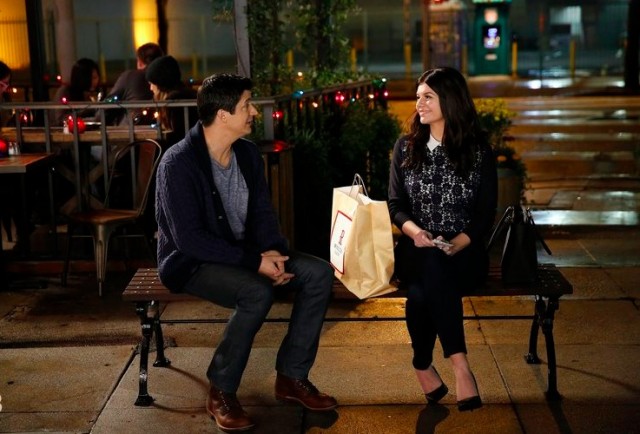 This romantic comedy that debuted in the fall is still on its last legs and won’t make it to Season 2, according to TV By the Numbers. It only has a Renew/Cancel Index of 0.67, which is on par with the other shows that NBC has already canceled. The show follows a couple who has finally gotten engaged after dating for six years, but are finding the path to wedded bliss filled with quirky obstacles. The show has gotten decent reviews, with a 60 Metascore on review aggregator Metacritic, but this past season was rough on romantic comedies and it seems that this show isn’t going to evade cancellation much longer. Looks like Jake and Annie won’t end up tying the knot after all. 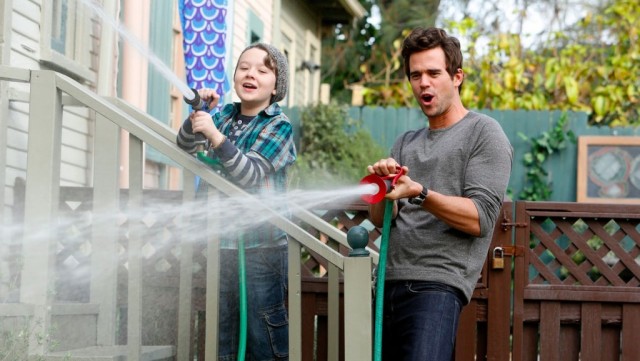 This show, based on the Nick Hornby novel of the same name, which was also made into a 2002 film, follows how an immature bachelor’s life is affected when a single mom moves in next door to him and he begins to bond with her young son. Minnie Driver plays the hippie single mother and David Walton is the lazy songwriter living off the royalties of a hit he wrote ages ago. About a Boy has a Renew/Cancel Index of 0.72 and TV By the Numbers says it’s guaranteed to be canceled by May due to those low ratings. The show has gotten decent reviews, with a 67 Metascore, but critics still said it’s a predictable sitcom that doesn’t offer anything new for viewers to latch onto. The A.V. Club says it throws everything important from the book out the window and tones down all the edge the show could’ve had. “It contrives a way to have its protagonist be a ludicrous asshole in every episode, before having him learn a lesson and become a better person in the most cloying fashion possible. Yet he’s right back to being a ludicrous asshole in the very next episode.” 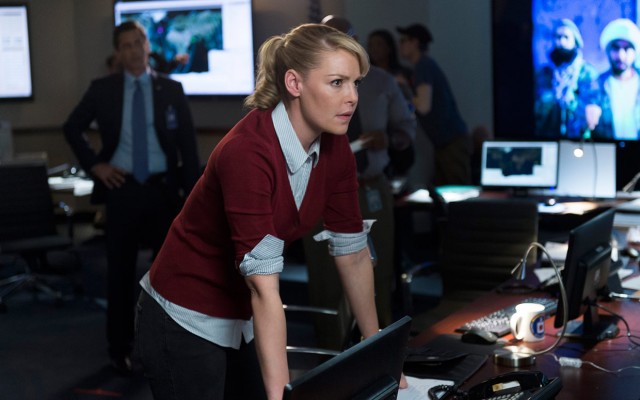 This political drama starring Katherine Heigel as the United State’s top CIA analyst and adviser to the President, played by Alfre Woodard, couldn’t be saved by Heigel’s star power. Heigel’s character has to negotiate her high-pressure job while dealing with her complicated relationship with the President’s family, as she was formerly engaged to the President’s son before he was killed in a terrorist attack she’s still trying solve and bring the killers to justice. TV By the Numbers says that this show is certain to be canceled by spring as its ratings have resulted in a Renew/Cancel Index of 0.87. Part of the reasoning for the impending cancellation is certainly the show’s poor reviews, which have resulted in a 43 Metascore. The show has been compared by multiple critics unfavorably to Showtime’s Homeland. “Cluttered and implausible, the series premiere of NBC’s State of Affairs, hints at the show that could be engaging underneath the poor filmmaking and even more frustrating writing and performances,” said RogerEbert.com’s Brian Tallerico. 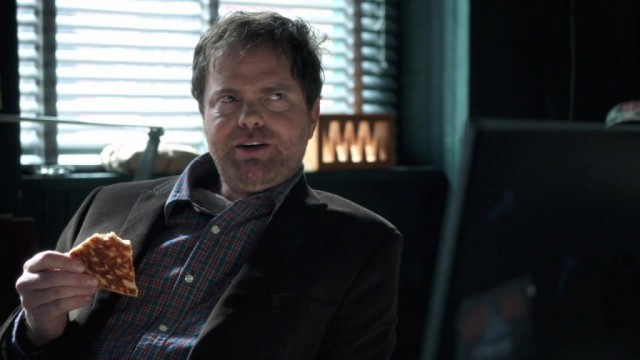 Fox overall seems to be doing decently, as this is the only show that TV By the Numbers is predicting will be canceled by May that hasn’t already been officially announced. Comedian Rainn Wilson plays a self-destructive detective for the Portland Serious Crimes Unit. With shades of Monk, Backstrom is one of those guys who can barely function in day-to-day life but is a brilliant crime-solver. The show has gotten some pretty bad reviews, with a 51 Metascore contributing to its Renew/Cancel Index of 0.71. This freshman procedural has been most harshly criticized for poor writing, with critics saying Wilson would be more than capable of carrying a show with a better script. However the shades of Wilson’s past character from The Office and general background in comedy tend to come through at inappropriate moments. “Even when Wilson is being dead serious, as his character reveals the festering psychic wounds at the heart of his personality, we often find ourselves on the edge of a giggle, waiting for some kind of self-deprecating punch line,” said the San Francisco Chronicle. Perhaps the actor would be better off if given a starring vehicle in a comedy series. 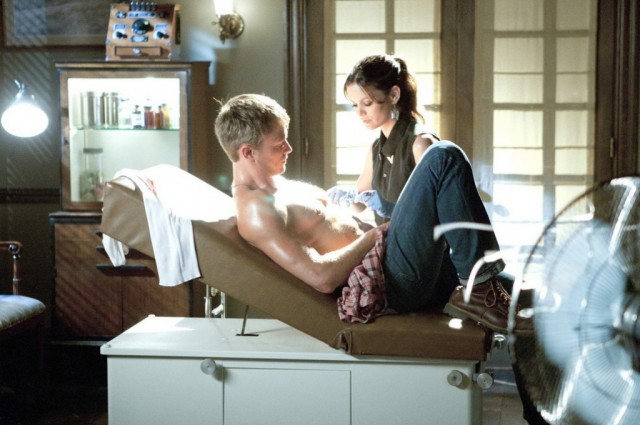 The CW is coming off a strong year that saw the network expand its successful DC Comics-based shows and win its first ever television awards for Jane the Virgin. The only weak spot the network seems to have is the Rachel Bilson-starring fish-out-of-water series about a Manhattan doctor who takes a job running a practice in rural Alabama. The show had a low Renew/Cancel Index, ending at 0.6, and is the only one of the network’s shows that didn’t get an official renewal. The material didn’t proved interesting enough to make solid fans despite poor critical reception, and the saccharine show with characters that are more like caricatures as well as a rather insulting picture of the South (check out this scathing review from TV Guide) probably won’t be missed by many. 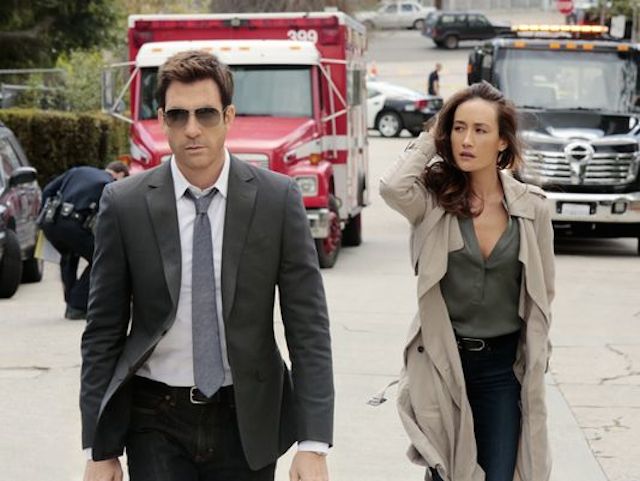 Stalker is a crime procedural starring Dylan McDermott and Maggie Q about the Threat Assessment Unit of the L.A.P.D., the people responsible for protecting women from harassment by stalkers. It also has the worst reviews of the season with a dismal 17 Metascore, which Metacritic says indicates “overwhelming dislike” from critics. The show has a 0.72 Renew/Cancel Index and with such terrible reviews, TV By the Numbers promises it won’t be back for another season. Instead of preaching against the evils of stalking, the show actually ends up feeling like a how-to guide for stalkers and is generally misguided all the way around. “This shoddy program is nothing more than exploitative, misogynist trash,” ranted The Huffington Post. 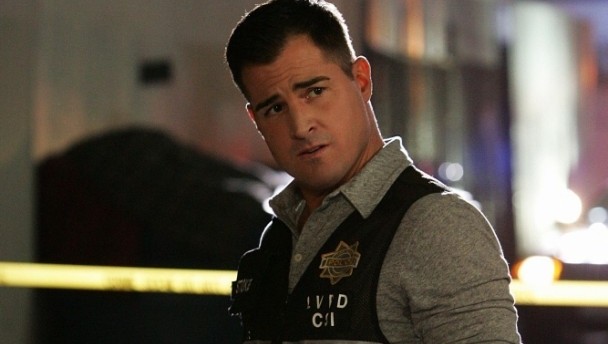 This long-running crime show that’s spawned a million spin-offs will finally end after its fifteenth season this year. CBS cut the show’s episode order back in the fall and with the upcoming Oscar-winner Patricia Arquette-starring spin-off CSI: Cyber set to take its place, it looks like it’s finally over for CSI. The show has a 0.66 Renew/Cancel Index and TV By the Numbers says that the reduced order in episodes guarantees the show is over given the pattern the website has followed on the network with other crime procedurals. There haven’t been enough reviews to give the fifteenth season of CSI a Metascore, but given the litany of similar shows this series has given birth to, it seems like it’s finally time for the original to call it quits. 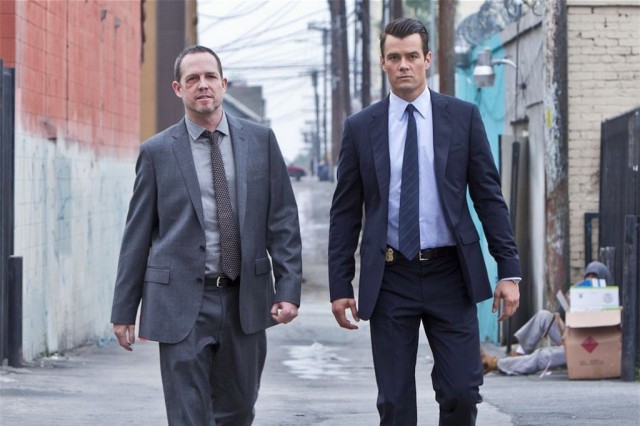 The new detective show Battle Creek, set in the small city of Battle Creek, Mich., sees two mismatched partners working together to try and clean up the streets in the economically depressed town. When the charismatic and young FBI Special Agent Milton Chamberlain arrives in town to open a field office with sophisticated new equipment, he clashes with his older partner’s style of cynicism and old-school use of gut instincts. The show’s subject matter didn’t seem to pique interest in viewers, though, as it has the lowest Renew/Cancel Index of all CBS’s shows at 0.51. Despite its favorable reviews with a 73 Metascore, it doesn’t seem like Battle Creek will be back. 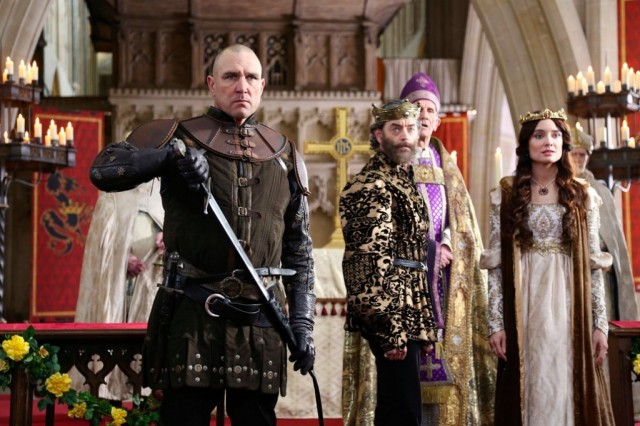 This musical comedy set in Medieval times was definitely a risk for ABC to take on, but given the fact that it has gotten decent reviews, it seems like the kind of thing that could build a cult following if the network were willing to give it a chance to build one. Alas, they do not seem willing to give Galavant the time to do so and TV By the Numbers says the show is certain to be canceled come May, assigning it a Renew/Cancel Index of 0.72. Galavant follows a knight who wants to steal back his one true love from an evil king, with the characters all occasionally breaking out in song. The show has a favorable 61 Metascore, but while critics gave it good reviews they still predicted its demise. “ABC’s new family-appropriate series might not make much sense, or last very long. But it’s a pretty fun time,” said Indiewire. 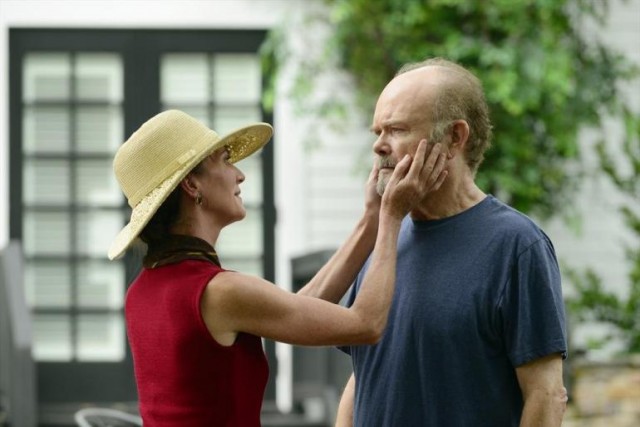 This fantasy-drama is an adaptation of Justin Mott’s novel The Returned and has its characters face a crisis; what if a loved one who recently passed away suddenly showed up on your doorstep alive and well? The show explores what happens in the small town of Arcadia, Mo., when an 8-year-old boy who drowned 30 years ago returns to his parents and home completely unchanged. The drama wasn’t really able to suck in viewers, though, and with a Renew/Cancel Index of 0.59, TV By the Numbers says the show will be canceled by May. Resurrection’s mixed reviews didn’t help its case, with just a 60 Metascore. “For a series with an out-there premise, Resurrection feels awfully ordinary,” said Vulture.

An inability to stand out in terms of quality or ratings is basically a guarantee that a show will be canceled. Sometimes series with poor ratings that are receiving heaps of critical acclaim or cult recognition will be kept around by a network in order to build a fan base or prestige come awards season. But if a show can’t provide any of those things, then it will get the ax. 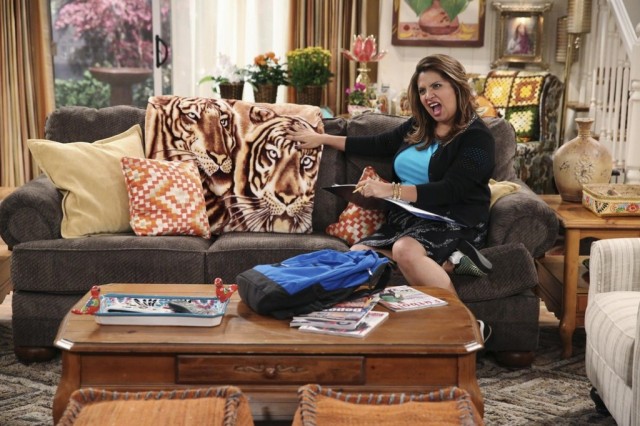 This sitcom about a Mexican-American woman living with her extended family while pursuing a law degree hits on the current diversity trend in television, but hasn’t succeeded in pulling in the ratings. TV By the Numbers says it’s sure to be canceled by this May with a Renew/Cancel Index of 0.57. The show has gotten generally favorable reviews, with a 61 Metascore, but it doesn’t seem like that will be enough to keep it afloat for another season. “Cristela resembles past attempts to graft multiculturalism onto the vanilla-fied vapidness of the American sitcom format,” said Washington Post critic Hank Stuever. Despite a solid cast, it seems this show just wasn’t original enough to stand out from the crowd. 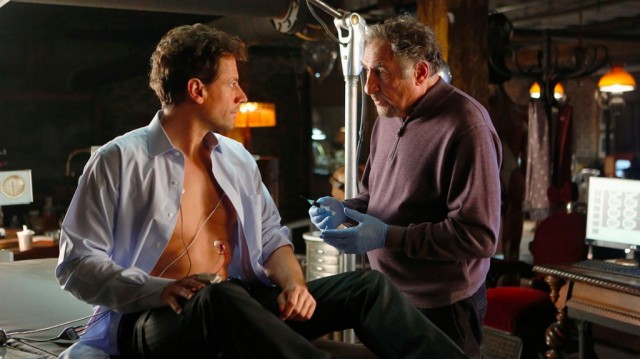 This ABC series is about an immortal medical practitioner living (forever) and working in New York City. Star Ioan Gruffudd plays the doctor, who uses his accumulated knowledge from an extremely long life to help solve murders while also seeking to solve the mystery of his own immortality. Unfortunately, the show hasn’t gained the ratings to last forever with a Renew/Cancel Index of just 0.55, and TV By the Numbers predicting it’s certain to be canceled by the end of this season. It also hasn’t been very warmly received by critics, with a 54 Metascore. The Wrap predicted the show’s cancellation early, saying “there’s nothing eternal about this ABC dud.”