Black Friday’s come and gone, but there’s still plenty of time left for holiday shopping. If you’re still looking to find the perfect gift for the TV lovers in your life, we’ve got you covered. These 12 gifts, ranging from DVD box sets to themed cookbooks and T-shirts, coincide with some of the popular shows currently on the small scree and are sure to go over well with any of the binge-watchers on your list. Check out some ideas below and happy shopping.

1. The Art and Making of ‘Hannibal: The Television Series’ 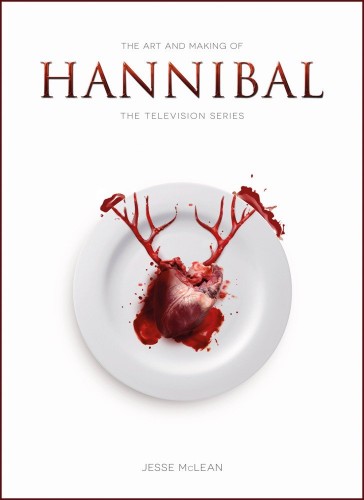 Still missing NBC’s psychological thriller–horror series? If so, it’s worth checking out The Art & Making of Hannibal: The Television Series, which provides a detailed look at the creation of this highly original, critically lauded show. Released ahead of the third and final season, the book dives into the behind-the-scene elements of the world of secrets, lies, and intrigue in Hannibal. You can get the book on Amazon, along with the recently released final season of the show. 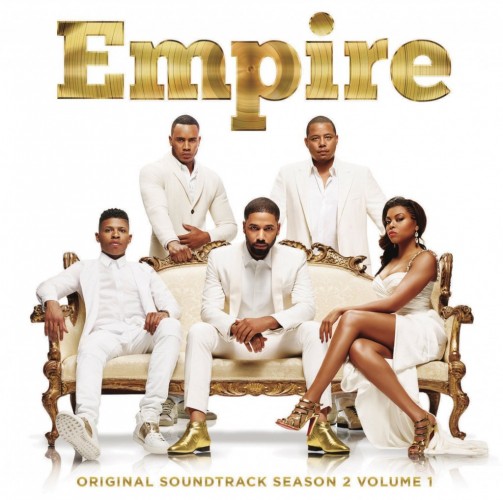 If you have a friend who is a hardcore Empire fan, but already owns the first season on DVD, there’s only one other way to go: the original Season 2 soundtrack, which hit shelves right in time for the holidays. The compilation includes 19 songs from the first half of the show’s second season. Alongside the show’s musical stars, like Jussie Smollett and Yazz, the album features plenty of other big name artists, including Timbaland, Pitbull, and Alicia Keys. 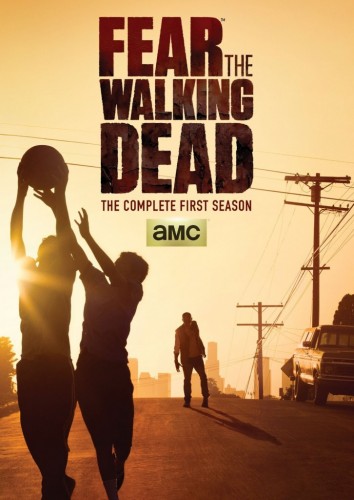 You can re-watch the entire first season of AMC’s horror drama on DVD when it’s released on December 1. The Walking Dead companion series is set in Los Angeles and follows a dysfunctional family composed of high school guidance counselor Madison Clark, her English teacher boyfriend Travis Manawa, her daughter Alicia, and her drug-addicted son Nick, at the onset of the zombie apocalypse. The four must either revamp themselves or cling to their deep flaws as they come to terms with the impending collapse of civilization. Gift season one now to help TV lovers get caught up in time for season two, which premieres in 2016. 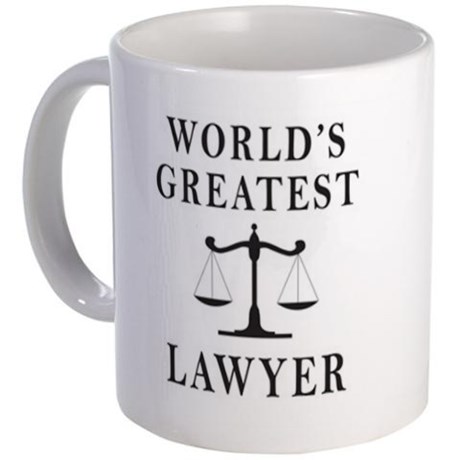 The Breaking Bad spin-off, which centers on small-time lawyer James Morgan “Jimmy” McGill (Bob Odenkirk), earned record-breaking ratings upon its debut. It also garnered overwhelming critical acclaim, currently holding a 100% fresh score on Rotten Tomatoes. Want to find a gift that pays homage to the celebrated series? Start with this “World’s Greatest Lawyer” mug, which is available on RedBubble. You can also find the entire first season on DVD on Amazon. 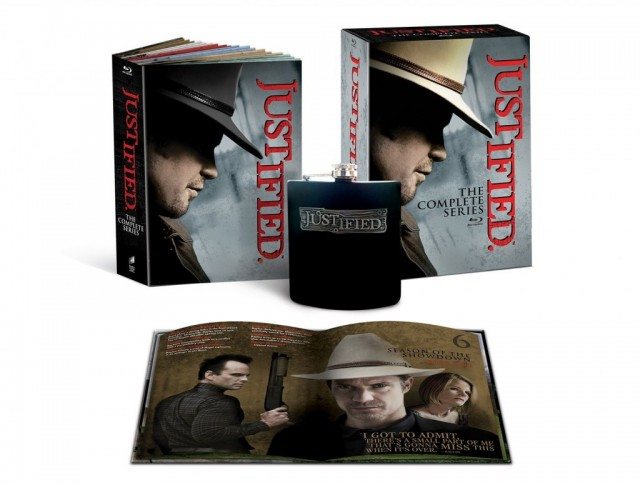 FX’s critically lauded drama stars Timothy Olyphant as an old-school U.S. Marshal Raylan Givens, who is reassigned from Miami to his childhood home in the poor, rural coal-mining towns in Eastern Kentucky. The show earned overwhelming acclaim and several Emmy nominations during its six-season run, which you can relive in its entirety with this recently released DVD set. In addition to compiling all six seasons, it also includes a 38-page commemorative disc book, a collectible flask, and over 24 hours of special features.

Know someone who’s addicted to HBO’s twisty drama? Gift them this T-shirt, which pays homage to the acclaimed Tom Perrotta adaptation. Like the show, the shirt references a global cataclysm known as “The Sudden Departure,” in which over 140 million people disappeared without a trace, leaving the rest of the world reeling. The T-shirt, available in a wide assortment of colors, is currently for sale on RedBubble. Meanwhile, the show’s Season 1 DVD is also available on Amazon. 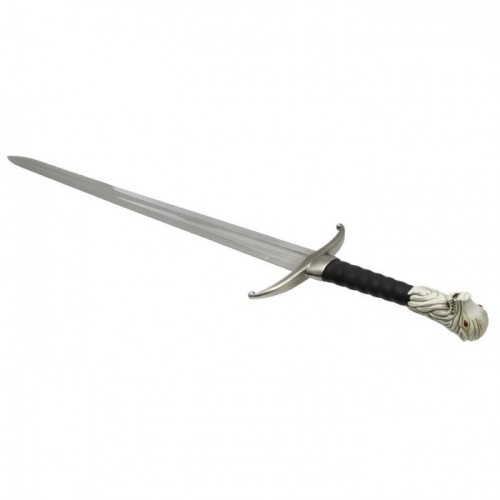 Regardless of where you stand in the is-he-or-isn’t he debate surrounding Jon Snow’s death, any fan of this favorite HBO fantasy drama would probably jump at the chance to get their hands on this gift: an official replica of Snow’s longclaw sword. It’s a pricey get at $250, but if you want give (or get) the chance to play out some of GoT‘s craziest scenarios, this is the way to do it. You can get it on HBO’s official Game of Thrones merch website. Just remember: If you buy the sword, keep it indoors.

8. Orange is the New Black cookbook 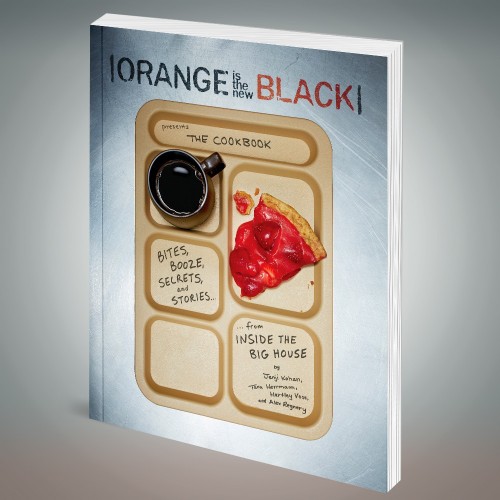 Prison food doesn’t have to be terrible, with this OITNB-themed cookbook subtitled The Cookbook, Bites, Booze, Secrets, and Stories from Inside the Big House. Inspired by Netflix’s hit original series, the cookbook promises 65 series-related recipes, more than 100 photographs, and 12 sidebars that offer new details and insights into the characters, the sets, and the inner workings of Litchfield prison. Perfect for any friends or family members that love cooking as much as they love binge-watching! You can find the Orange Is the New Black cookbook right here.

9. Fresh Off the Boat memoir 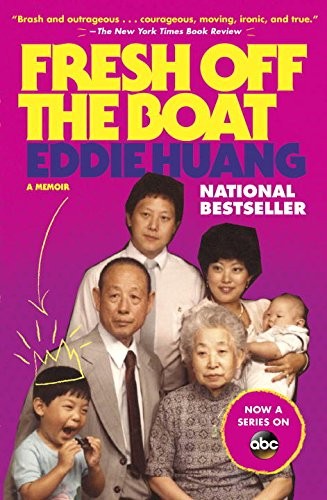 Those who tune into ABC’s new sitcom, Fresh Off the Boat, may not be aware that it’s based on this national bestselling memoir by Eddie Huang — at least, it’s supposed to be. Huang has since distanced himself from the TV version, so why not get his side of the story? The book chronicles his life from a young age, when he struggled to adapt to all things mainstream America, to eventual discovered passion for food, which lead him to becoming a chef. Dubbed “mercilessly funny” and “emotionally honest” by reviewers, you can now purchase this book on Amazon. 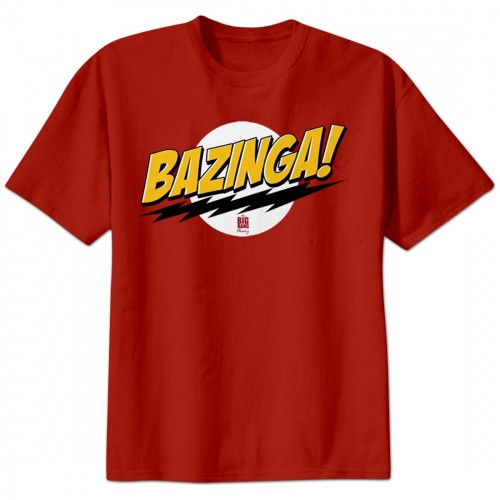 Fans of CBS’s long-running, geek-themed sitcom, starring Jim Parsons, Johnny Galecki, and Kaley Cuoco, will love this funny T-shirt that pays homage to the series by featuring one of Sheldon Cooper’s signature catchphrases, “Bazinga!” You can get the shirt at CBS’s official online store. And if you want to go one step further for your Big Bang-loving friend or relative, you can also pair the shirt with the latest season’s DVD, which hit shelves this past fall. 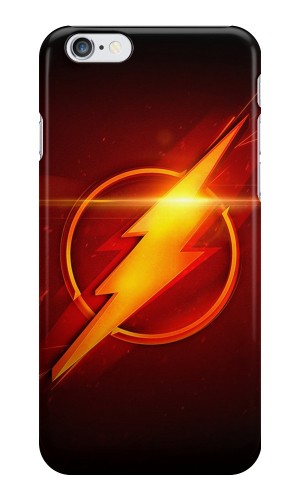 The CW’s The Flash has quickly become one of the most popular superhero shows on TV, so chances are you have a friend or a relative who’s a fan. While the ability of super speed (sadly) can’t be gifted, you can help the Flash-lovin’ name on your gift list pay tribute to their favorite show with this phone case. Currently available on RedBubble (for iPhones only), the case is emblazoned with The Flash’s logo. Friend’s not an iPhone owner? You can also purchase the first season of the series, available on DVD on Amazon. 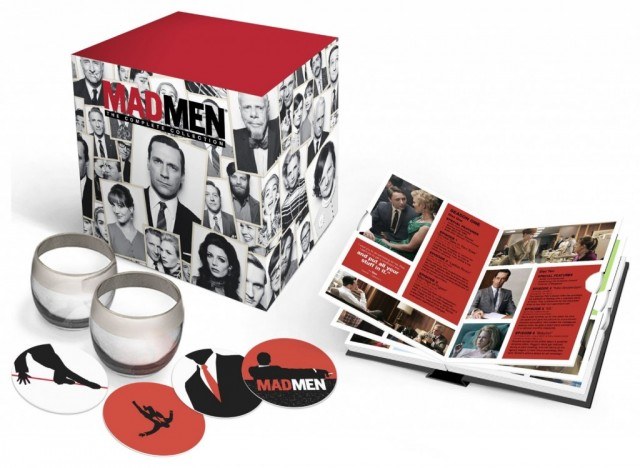 The favorite period drama may have aired its final episodes this spring, but that doesn’t mean it can’t live on in your living room. This limited edition DVD gift set features the complete seven seasons of the acclaimed AMC series, with all the special features ever released (including an additional, all-new 4-hour exclusive) and commentary on every episode. Each set also includes two handmade low-ball tumblers and four collectible cork coasters — perfect for imbibing with while binge-watching episodes. 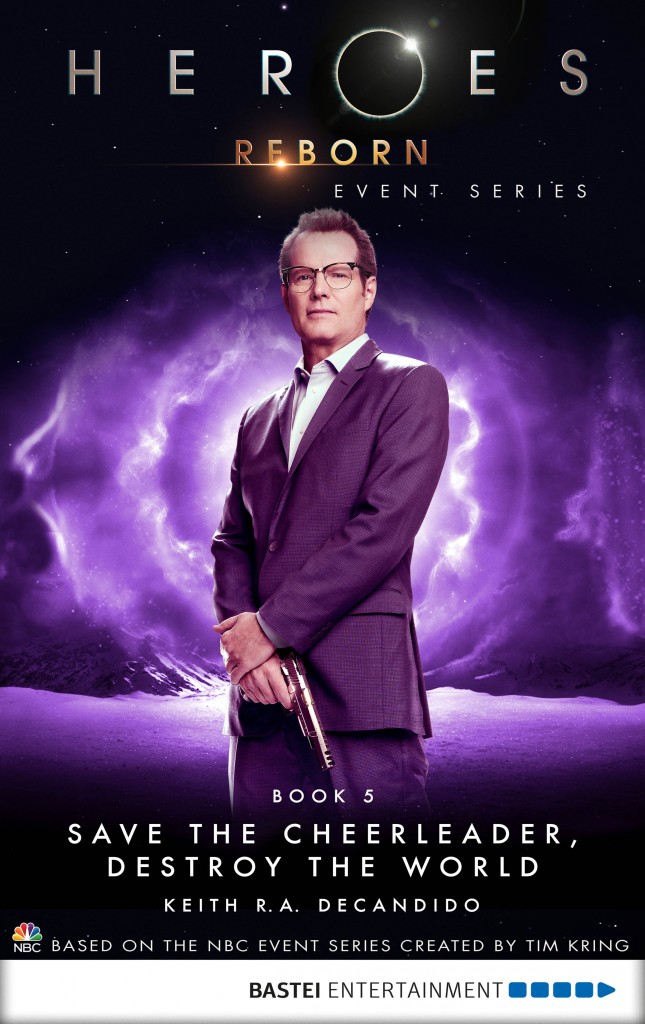 If you have any diehard Heroes fan on your holiday shopping list, we’ve got the perfect gift: a just-released six-volume eBook and audiobook series based on the show. With Heroes Reborn currently on hiatus, these novellas will provide some answers to the many burning questions of the Heroes universe, also diving into the stories behind favorite characters and storylines. Even show creator Tim Kring suggests reading them. ” What you see on TV is just a piece of the Heroes universe we’ve created,” he said. “These stories give existing and new fans a chance to learn the fates of some of their favorite characters, and to dive deeper into the rich Heroes mythology. Plus they’re a lot fun to read.” You can find all six of the Heroes Reborn eBooks and audiobooks on Amazon, starting with Book 1: Brave New World.