From Princess Eugenie and Jack Brooksbank to Meghan Markle and Prince Harry and of course, Prince William and Duchess Kate Middleton we’ve all eagerly watched in recent years as the royals have been married off in lavish picturesque ceremonies. From the anticipation leading up to the big day to the reveal of the bride’s gown, most royal weddings look romantic and perfect.

Unfortunately, things haven’t always gone so smoothly on royal wedding days throughout the ages. While Duchess Meghan Markle had to deal with her father backing out of her wedding at the last minute, in the late 18th century, King George IV wept through his entire ceremony. Meanwhile, both Prince Charles and Princess Diana wanted to back out, with the Princess of Wales calling her wedding the worst day of her life. From shattered tiaras to vomit, here are the most disastrous royal weddings throughout time. Honestly, these weddings give the Red Wedding on Game of Thrones a run for its money.

Princess Diana and Prince Charles weren’t exactly eager to exchange vows on their wedding day back in 1981. In the documentary, Diana: In Her Own Words, the princess confessed that it was the worst day of her life. She said, “I went upstairs, had lunch with my sisters who were there, and I said, “I can’t marry him. I can’t do this. This is absolutely unbelievable.”

In fact, she was so distraught on her big day that she spilled an entire bottle of perfume on her wedding dress. Just before she walked down the aisle, the princess went to dab her exclusive fragrance – Quelques Fleurs by Houbigant Paris – on her wrist, but she spilled the entire thing down the front of her dress. Throughout the ceremony, she covered the stains with her hands.

2. King George IV got too drunk to stand

Luckily the royals have relaxed their ideas about keeping the royal bloodline “pure,” and they’ve allowed folks to get married for love. Unfortunately, back in 1795, George, Prince of Wales – who would eventually become King George IV had no such luck. George was in a boat-load of debt, so he agreed to marry his cousin, Princess Caroline of Brunswick because she was a wealthy lady.

Regrettably, the king could not keep it together at the altar. When he first saw his bride, he screeched, “I am not well. Get me a glass of brandy.” He then proceeded to get so drunk that two dukes had to hold him up at the altar while he wept in anguish.

3. Augusta of Saxe-Gotha barfed all over her mother-in-law 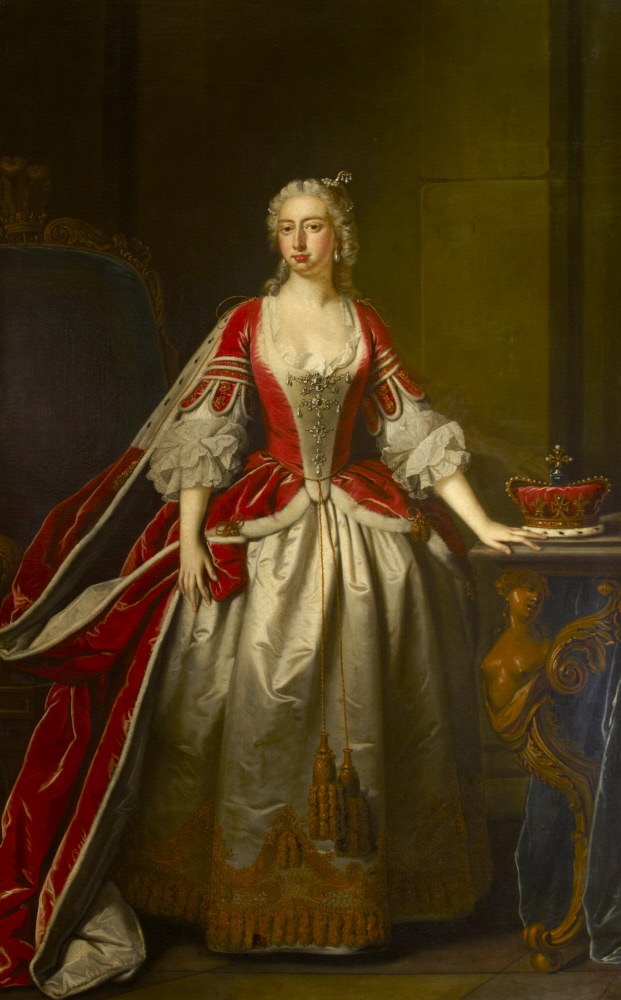 Navigating relationships with in-laws can certainly be tricky, but Augusta of Saxe-Gotha got off on the wrong foot before she could even tie the knot. Back in 1763, the 17-year-old was trying to calm her uneasy stomach. She had traveled from her native Germany to be married off to Frederick, Prince of Wales.

As she floated down the aisle, Augusta got violently ill and projectile vomited all over her mother-in-law Caroline, the Queen Consort.  Apparently, Caroline was the worst anyway.

You’ve seen the photos, and if you’ve watched Netflix’s The Crown you know that Queen Elizabeth II and Prince Philip’s wedding day back in 1947 was a happy occasion. However, there was a bit of a flub when it came to the then-princess’ wardrobe. Just two hours before the ceremony, the queen’s diamond tiara –which was her something borrowed — snapped in half. Her mother tried to convince her to wear another tiara saying,  “we have two hours, and there are other tiaras.”

However, the then 21-year old insisted that she wanted to wear the tiara she had chosen, so the royal jeweler was called and rushed in with a police escort. He was able to wield the crown back together in time for the ceremony. 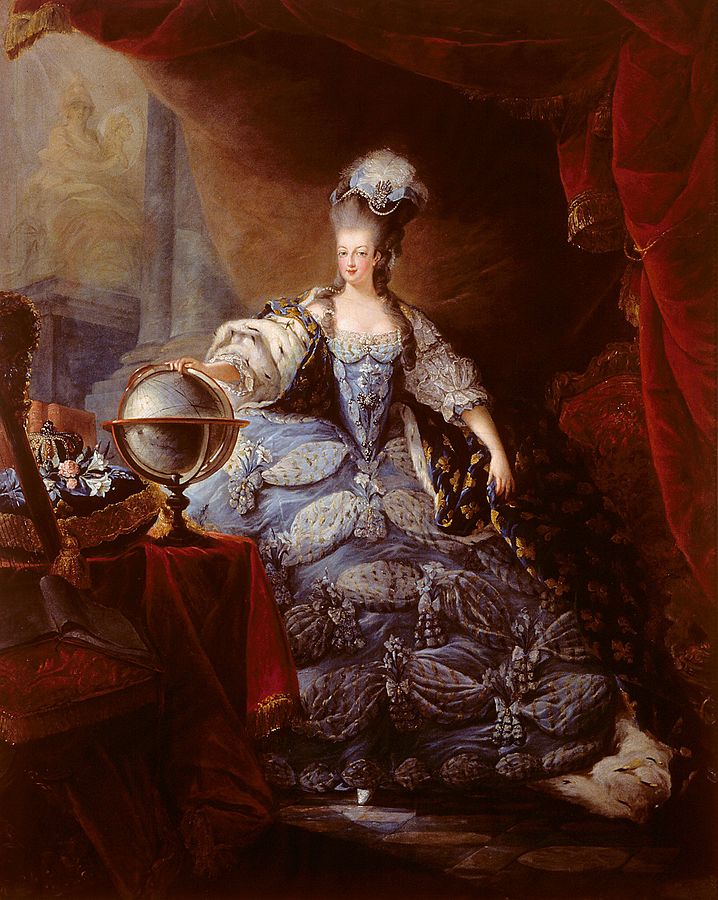 Way back in 1770,  when she was only 14 years old, Marie Antoinette left her beloved Austria to marry Louis XVI of France. The soon-to-be queen was to wear an elaborate white and silver dress covered in diamonds. Unfortunately, no one ever bothered to get Marie’s measurements, because when she tried it on, it was way too small. Since there was no alternative or extra material to fix the dress, Marie Antoinette had to walk down the aisle with her corsetry and chemise exposed. It was quite scandalous.

Prince George, Princess Charlotte, and Prince Louis’ mom had requested that her ring be resized since she had lost some weight before her wedding. However, she forgot to check the sizing before walking down the aisle. When it came down to putting the ring on his bride’s finger, Prince William couldn’t get the duchess’ wedding band past her knuckle.

7. King Edward II kissed his male lover instead of his bride 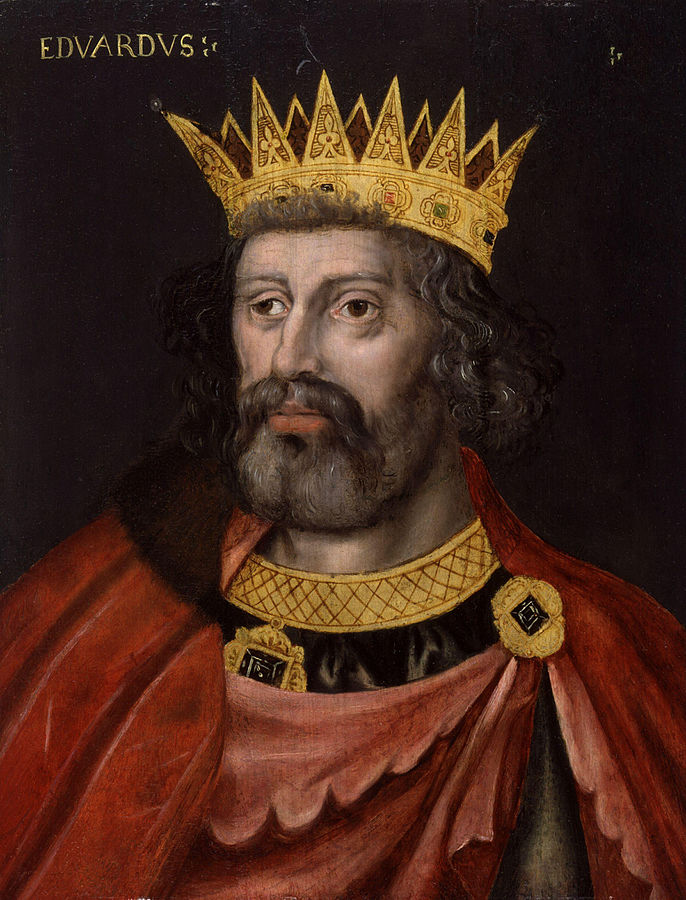 We’d be really pissed if we got down the aisle and our spouse kissed someone else, but apparently, King Edward II didn’t care about his bride’s opinion. Back in 1308, King Edward II married a 12-year-old French princess named Isabella. The king was known for his same-sex affairs, but he took things a bit far when he smooched his male lover — a knight named Piers Gaveston at his wedding instead of his bride. (We suppose it wasn’t so bad since Isabella was a child.)

Eventually, Isabella would get her revenge; she would get rid of Edward and get the throne for herself.

Both Princess Diana and Prince Charles were a wreck on their wedding day. So much so, that the 20-year old bride called her husband the wrong name. According to BBC, “Wedding day nerves were apparent during the ceremony. Diana mixed up the Prince’s names, calling him Philip Charles Arthur George, rather than Charles Philip.”

Luckily, it wasn’t a massive upset.

9. King Edward VIII gave up the throne for his bride

In 1936, Queen Elizabeth II’s uncle, King Edward VIII was the King of England. However, he gave up his throne when he was not allowed to marry twice-divorced American socialite Wallis Simpson. Parliament and his family thought she was an unsuitable choice. At the time he declared, “I have found it impossible to carry the heavy burden of responsibility and to discharge my duties as king as I would wish to do without the help and support of the woman I love.”

Simpson’s second divorce did not become finalized until a month before she married the former king. The Duke and Duchess of Windsor remained married until the former king’s death in 1972.

10.  Princess Margaret and Anthony Armstrong-Jones’ best man was banned from their wedding

Unfortunately, Fry had been arrested back in 1952  for a “minor homosexual offense’– so he was banned from the royal wedding. Obviously, this is homophobic and absurd, but 1960 was still 15 years before homosexuality was legalized in Great Britain.

Lady Diana, Princess of Wales and Charles, Prince of Wales are seen during their wedding at St Paul Cathedral in London 29 July 1981 | AFP/Getty Images

When she married Prince Charles on July 29, 1981 — Princess Diana wore an iconic wedding gown that was made of ivory silk taffeta and antique lace. The gown had a 25-foot train and a 153-yard tulle veil. Unfortunately, the heavy material and the princess sitting down the ceremony caused the gown to wrinkle badly. By the time she and the prince existed St Paul’s Cathedral her gown looked like it needed a massive ironing.

The Princess of Wales also had the worst headache of her life on her wedding day since she was not used to wearing heavy tiaras.

12. Alfred the Great was struck with Chron’s disease at his wedding

Let’s get real, some of the best aspects of any wedding day, especially a royal wedding is the food. Back in the 800s  Alfred the Great –King of Wessex was celebrating at his wedding feast after marrying Ealhswith. Unfortunately, the food did not agree with him. According to historians, the king was, “struck without warning in the presence of the entire gathering by a sudden severe pain that was quite unknown to all physicians.”

Modern doctors think that Alfred probably had Crohn’s disease which is a chronic inflammatory bowel disease that affects the lining of the digestive tract. Tragically for Alfred, the doctors back in his time were puzzled.

We all get jitters before something major happens, but Princess Charlene of Monaco was nearly a runaway bride –three times. Back in 2011, the former Olympic swimmer, who is 20 years younger than her husband Prince Albert II, tried to flee from her royal aides when visiting Paris to try on her wedding dress. She tried again during a trip to Monaco Grand Prix.

A week before her wedding, the princess was intercepted when she tried to get to the Nice airport. This time, her passport was taken away. Though she and the prince are still together today, poor Princess Charlene barely got through her wedding day. She wept throughout the entire ceremony.

Prince William looked like the picture of royalty on his wedding day. However, the future King of England was painfully sleep deprived. Because of pre-wedding jitters and crowds cheering outside his window, the Duke of Cambridge only got 30 minutes of sleep the night before his wedding. He later revealed, “They were singing and cheering all night long, so the excitement of that, the nervousness of me and everyone singing – I slept for about half an hour.”

Luckily, the prince never showed the crowd or bride how exhausted he was and the day went really well overall.

15. Prince Charles flubbed his vows in the most hilarious way

Prince Charles — like his bride, Princess Diana had no desire to show up to his wedding day in 1981. In fact, he was still grieving the end of his relationship with his now wife, Duchess Camilla Parker Bowles. Princess Diana might have messed up the future king’s name during their wedding, but he also flubbed his vows in the most hilarious X-rated way. Instead of saying,  his “worldly goods,” the Prince of Wales offered his bride “thy goods”

It would have been even funnier if their marriage didn’t turn out to be so awful.