A new year means plenty of new TV shows coming to screen. January is bringing a slew of new and exciting titles, from another adult animated series on Fox to NBC’s latest police procedural to a new financial drama from Showtime. With so many varied series headed our way, you’re sure to find a show that will suit your taste. Here are 19 new TV shows premiering in January:

Created by Family Guy writer Mark Hentemann and executive-produced by Family Guy creator Seth MacFarlane, the upcoming adult animated sitcom will follow two families living in a Southwest desert town on the United States–Mexico border. Bud is a border agent, who lives with his wife and three kids. His next door neighbor is Ernesto Gonzalez, an ambitious immigrant and family man, who has been in the country less than 10 years. The show will air on Sundays at 9:30 p.m. Eastern time.

The Fox comedy follows 26-year-old Cooper Barrett (played by Jack Cutmore-Scott) as he undergoes the mistakes and misadventures that people make in love and life in their 20s. Meaghan Rath, Charlie Saxton, and Justin Bartha also co-star in the series, which is set to air on Sunday nights at 9:30 p.m. Eastern time.

The fantasy adventure series, based on the Shannara books by Terry Brooks, centers on a half-human/half-elf named Wil (Austin Butler, The Carrie Diaries), an Elven princess named Amberle (Poppy Drayton), and a full human named Eretria (Ivana Baquero of Pan’s Labyrinth fame) who set out on a quest to save The Four Lands from a Demon army. The show airs on MTV on Tuesday nights at 10 p.m. Eastern time.

CBS’s upcoming sitcom stars Jane Lynch as a mysterious and eclectic angel named Amy, who acts as a guardian for another woman named Allison (played by Maggie Lawson). The two end up forming an unlikely friendship. Kyle Bornheimer and Kevin Pollak co-star in the series. The new comedy will air on Thursday nights at 9:30 p.m. Eastern time.

NBC’s new crime drama stars Jennifer Lopez as an NYPD detective and single mother struggling with financial problems. When she is caught up in an FBI anti-corruption probe, she must choose between doing the right thing for her daughter or covering up for her corrupt police co-workers. Ray Liotta, Dayo Okeniyi, Drea de Matteo, and Warren Kole co-star. The show will air on Thursday nights at 10 p.m. Eastern time.

The upcoming fantasy drama, based on The Mortal Instruments novel series by Cassandra Clare, stars Katherine McNamara as Clary Fray, a girl who discovers she is a shadowhunter and must seek out others like her to descend into an alternate New York called the Downworld. Dominic Sherwood, Alberto Rosende, Emeraude Toubia, Matthew Daddario, and Harry Shum, Jr. co-star. The show will air on Tuesday nights at 9 p.m. Eastern time on Freeform (formerly ABC Family).

TV Land’s upcoming comedy, based on the web series of the same name by the improv group the Katydids, follows six elementary school teachers who are just trying to keep it together while also enriching the lives of their students. Caitlin Barlow, Katy Colloton, Cate Freedman, Kate Lambert, Katie O’ Brien, and Katie Thomas star as the titular teachers. The show airs on Wednesday nights at 11 p.m. Eastern time.

Fox’s sci-fi drama follows the life of Jimmy Pritchard, a 75-year-old former Los Angeles County sheriff who was morally corrupt and later disgraced and forced to retire. After he is killed in a robbery at his son’s home, Pritchard is brought back to life in the improved body of a younger man by billionaire tech-genius twins Mary and Otto Goodwin. Despite getting a second chance, the temptations that led to Pritchard’s career being tarnished continue to haunt him. The show, starring Rob Kazinsky, Adhir Kalyan, Dilshad Vadsaria, and Tim DeKay, airs on Wednesday nights at 9 p.m. Eastern time.

Josh Holloway and Sarah Wayne Callies star in the forthcoming sci-fi drama, which is set in the near future and centers on a family torn by opposing forces — the collaborators and the resistance. They are forced to make difficult decisions as they balance staying together with surviving the struggle of the human race. The show will air on the USA Network on Thursday nights at 10 p.m. Eastern time.

Based on the comedy web series of the same name, Idiotsitter follows the story of a proper young woman who is hired to babysit a rich woman-child under house arrest. Jillian Bell, Charlotte Newhouse, Stephen Root, Elizabeth De Razzo, and Jennifer Elise Cox co-star in the show. The new Comedy Central series will air on Thursday nights at 10:30 p.m. Eastern time. [ Added Jennifer Elise Cox to cast listing on 12/22/2015.]

TBS’s upcoming comedy is a satire of traditional police procedural shows. Rashida Jones stars in the eponymous role, Angie, a 10-year veteran of the Los Angeles Police Department’s elite RHCU (Really Heinous Crimes Unit). Hayes MacArthur, Jere Burnes, Deon Cole, and Andree Vermeulen round out the cast. The entire first season will run uninterrupted on January 17, starting at 9 p.m. Eastern time. An additional 10 installments will air on a regular weekly basis at 9:30 p.m. Eastern time on Mondays, starting January 25. The show has also been preemptively renewed for a second season.

Set in the Manhattan world of high finance, Showtime’s Billions is described as a complex contemporary drama about power politics. The show will give viewers an insider’s look at the industry of hedge funds and high finance by tracking the approaching collision between two giant power players — the brilliant, ambitious hedge fund king Bobby “Axe” Axelrod (played by Damian Lewis) and the aggressive, politically savvy U.S. Attorney Chuck Rhoades (Paul Giamatti). The 12-episode freshman season will air on Sundays at 10 p.m. Eastern time.

Set in Bakersfield, California, F.X.’s upcoming comedy stars Zach Galifanakis as Chip Baskets, a man who sets out on following his dream of becoming a professional clown. After failing to get a degree at a prestigious clowning school in Paris, he is stuck with a job at a local rodeo. The show, executive produced by Galifanakis and Louis C.K., will air on Thursday nights.

The CW’s upcoming Arrow and Flash spin-off stars Arthur Darvill as Rip Hunter, who travels back in time to the present day where he brings together a team of heroes and villains in an attempt to prevent Vandal Savage from destroying the world and time itself. The superhero team-up show will include Victor Garber’s Firestorm, Brandon Routh’s The Atom, Caity Lotz’s White Canary, Wentworth Miller’s Captain Cold, Ciara Renee’s Hawkgirl, and Falk Hentschel’s Hawkman among others. The show will air on Thursdays nights at 8 p.m. Eastern time. 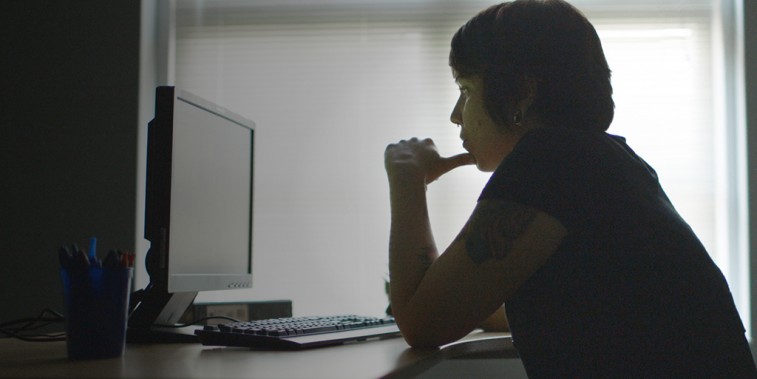 Showtime’s eight-part docuseries delves into the ominous and disturbing perspective of a digitally connected world. With society’s growing dependence on technology, the Internet has become indispensable for billions of users, but Dark Net will unveil its dangers, covering themes like bio-hacking, cyber-kidnapping, digital warfare, and online cults. The half-hour episodes will air on Thursday nights at 11 p.m. Eastern time.

The upcoming continuation of the classic sci-fi horror drama, The X-Files, will bring back David Duchovny and Gillian Anderson as FBI Agents Fox Mulder and Dana Scully. Once again, the two team up to investigate the strange and unexplained. The upcoming Fox miniseries will have a two-night season premiere, kicking off on Sunday, January 24 at 10 p.m. Eastern time and continuing on Monday, January 25 at 8 p.m. Eastern time.

The upcoming Fox series is loosely adapted from The Sandman and its spinoff comic book series Lucifer. The show will star Tom Ellis as Lucifer, who is bored and unhappy as the Lord of Hell and decides to resign his throne. He abandons his kingdom for the beauty of Los Angeles, where he gets his kicks helping the LAPD punish criminals. Lesley-Ann Brandt, Lauren German, Kevin Alejandro, Rachael Harris, and D.B. Woodside co-star in the series. The comic-inspired show will air on Monday nights at 9 p.m. Eastern time.

WGN America’s new drama chronicles the story of the Farrell family and its struggle for power and control in the rugged and mysterious hills of Appalachia. The family of outsiders has been living off the grid and above the law on its mountaintop home and will fight to protect its way of life, using any means necessary. David Morse, Joe Anderson, Thomas M. Wright, Ryan Hurt, Gillian Alexy, and Kyle Gallner co-star on the show. The show airs on Tuesday nights at 9 p.m. Eastern time.