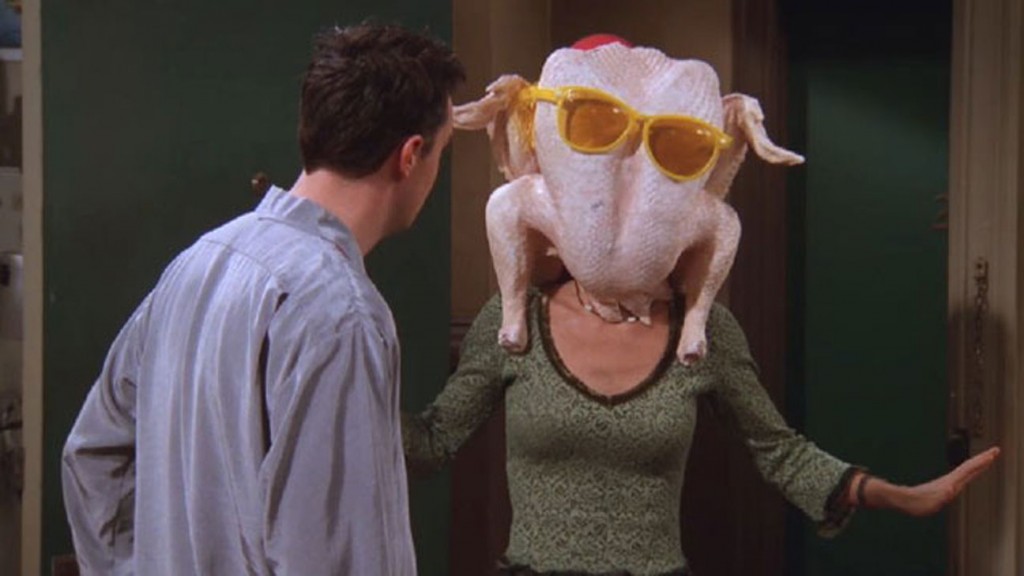 Gather ye round, children, and attend the tale of the first “Thanksgiving episode,” a television trope almost as old as television itself. Since its inception, the “Thanksgiving episode” has been a chance for audiences to see their favorite characters come together and honor the traditions of what is arguably the most widely celebrated secular holiday in America.

Certain ’90s shows are particularly responsible for the upsurge in this trend, using the holiday as a sort of annual opportunity for its characters to come together, air major grievances, drown their sorrows in alcohol, and try their damnedest to cook a turkey (which, according to ’90s TV, is the single hardest cooking challenge in the world). These are the shows that mastered the trope to such a degree that the shows after them had no choice but to follow suit.

Without further ado, here are the five ’90s shows that shaped the Thanksgiving episode as we know it today.

As an intensely dedicated fan of this show, I am often prone to hailing it for its revolutionary effects on television. This will be no different, as I daresay that Roseanne is the first show in television history to do exactly what I’m talking about in this article.

Its first season started in fall of 1989, and over the course of its nine seasons, the Connor family celebrated the holiday no less than seven times, each time using the event as a chance to explore the characters’ familial baggage and traumatic childhoods. More than any other series, Roseanne captured the anxiety and conflict that come along with any family holiday.

From Roseanne’s dad cheating on Bev to a potential pregnancy complication that instigates a huge family fight about abortion, no topic was off the table. If Aunt Jackie wasn’t breaking down in tears, then it wasn’t a Connor family Thanksgiving.

Home Improvement‘s Thanksgiving episodes were everything you would expect them to be: Tim “The Toolman” Taylor would spend the day watching “the game” while his wife Jill would roll her eyes and prepare a feast for the hoard of men in her house, only for Tim to inevitably make fun of her terrible cooking (a running joke on the show). Five of their eight seasons dove into the holiday spirit, and each one made you feel worse and worse for poor, stressed out Jill.

Needless to say, it wasn’t just family sitcoms that honored the holiday. Aaron Spelling’s teen drama threw its hat in the ring quite a bit, starting in its third season with the melodramatically titled “The Kindness of Strangers.”

In 10 seasons, 90210 aired six Thanksgiving specials, each one more angsty than the last. No one can ruin a holiday feast like Brenda, Dylan, and Kelly. Can’t you little turds give your parents one nice day, free of your petty high school drama? You live in a mansion, for god’s sake, why are you so angry about everything!?

Did they have Thanksgiving in the wild west? They sure did! In six seasons, the austere, intelligent Dr. Quinn celebrated the holiday four times.

Granted, Dr. Quinn, Medicine Woman probably had the lowest ratings of all the shows on this list, it gets mad props for one Thanksgiving episode, in particular. You see, June Carter Cash was a recurring guest star on the show, and one year they roped Johnny Cash himself to appear on the show.

The above video is a clip from that episode where Johnny Cash plays June Carter Cash’s husband who, unbeknownst to the wife, is dying. He doesn’t want his wife to know about his impending death, so he sings her a Thanksgiving prayer. If you’re going to put on a heavy-handed emotional Thanksgiving episode, then this is how it’s done, folks.

It’s impossible to talk about ’90s shows that went hard on Thanksgiving without eventually discussing the mother of all sitcoms to commit wholeheartedly to making it an annual tradition. In 10 seasons, Friends celebrated the holiday 10 times, so much so that there are numerous articles across the web that are dedicated exclusively to those episodes. Each year, the holiday brought on more and more sitcom-style hijinks for the friends, inevitably ending in a screaming match or physical confrontation.

By the 2000s, most shows were committing themselves to this televised tradition. How I Met Your Mother, Mad Men, Providence, The O.C., 8 Simple Rules, According to Jim, Mike & Molly, and many more continue to carry the torch of this trend.