In many ways, 2016 hasn’t been a great year for movies. Box office receipts are down, and more than one high-profile blockbuster ended up being divisive at best. But for all its warts, the last 12 months haven’t been a total loss. That’s thanks, in large part, to the plethora of amazing independent films that hit theaters this year. A diverse range of filmmakers have brought some incredible stories to the big-screen.

From complicated coming-of-age stories to the bittersweet crossroad when someone has to decide whether to follow their dreams, these movies reveal layers in humanity that we don’t always get to see in big budget fare. Here are five phenomenal indie films worth checking out.

“Who is you?” It’s a question that’s at the center of Moonlight, a film that is about how, exactly, a poor, black, gay man can even begin to understand his identity. It’s somber, striking, and emotionally resonant from beginning to end.

Barry Jenkins’s film follows Chiron, a sensitive and smart young man who struggles to find his place in the streets of Miami. He’s the product of a dysfunctional home, a dysfunctional community, and a dysfunctional city. But Moonlight isn’t devoid of hope. The film tells Chiron’s story of self discovery with a compassionate, intimate eye. It allows us to immerse ourselves in his life, and by extension, to understand it in all its love and its loneliness.

Jenkins’s direction is masterful; the ensemble’s performances — from Trevante Rhodes, Ashton Sanders, and Alex Hibbert as Chiron, Naomie Harris as his mother, Paula, and Mahershala Ali as the young boy’s mentor, Juan — are among the best of the year. Moonlight has been almost universally praised by critics and audiences, and has already earned major accolades, including nods from the Critics’ Choice Awards and the Independent Spirit Awards.

Everybody Wants Some!! | Annapurna Pictures

Richard Linklater has built his career on telling quiet, nostalgic stories about everyday people. He continued this trend with this year’s Everybody Wants Some!! Like Dazed and Confused before it, this hilarious but surprisingly earnest comedy follows a group of teens on a college baseball team in the 1980s. They’re not quite kids anymore, but no where near being adults. They’re not as smooth as they think they are. They’re having the time of their lives.

The ensemble features Glee‘s Blake Jenner, Black Mirror‘s Wyatt Russell, and Teen Wolf‘s Tyler Hoechlin — all familiar faces, but far from household names. This lack of star power only helps tell the story successfully, because every actor in the film fits seamlessly into their role. They feel like people, not characters — and their story, while undoubtedly glossy through the lens of nostalgia, feels wonderfully real.

In many ways, Sing Street is a typical romantic comedy. Boy meets girl. Boy falls for girl. Boy starts a band to impress girl. Boy not only impresses girl, but finds his true passion in the process. But to boil the movie down to its premise is to completely ignore what makes it such an enjoyable movie-going experience.

Like Netflix’s mega-hit Stranger Things, it’s set in the 1980s and follows a group of awkward adolescents. It manages to perfectly capture the essence of that time period without ever coming across as cynical about it. In fact, there’s not a single second of Sing Street that feels disenchanted. Instead, it feels almost magical, the rare kind of film that lets us find joy in the characters’ journeys.

It’s strengthened by authentic and pitch-perfect performances from its ensemble of teens, including Ferdia Walsh-Peelo as the band’s ringleader, Conor, and Jack Reynor as his music-loving, devil-may-care older brother Brendan. Sing Street was written and directed by John Carney, the man behind 2007’s spectacular musical, Once. Like its predecessor, and many other great music films before it, this coming-of-age gem lives and breathes the love of music and reminds you why you love it, too.

Imagine if you got the chance to fulfill your biggest dreams — but doing so meant you had to leave the people in your life behind. That conundrum is at the center of Don’t Think Twice, Mike Birbiglia’s hilarious and moving comedy-drama about an improv comedy troupe — the Commune — on the brink of success.

The Commune are successful in their own right, and more-or-less happy to keep their long-term goals on the back burner because they work so well as a team. Then, they find out that a Saturday Night Live-esque show wants to recruit one of them — and they have to grapple with what that will mean for all of their futures.

It features across-the-board career-high performances from its ensemble, including Birbiglia, Community‘s Gillian Jacobs, The Big Bang Theory‘s Kate Micucci, and Key & Peele’s Keegan-Michael Key. Don’t Think Twice is much deeper than it sounds; it explores what it can feel like to realize that you’re standing still, and the fear that comes with having to decide whether you’re going to move on.

5. Manchester by the Sea 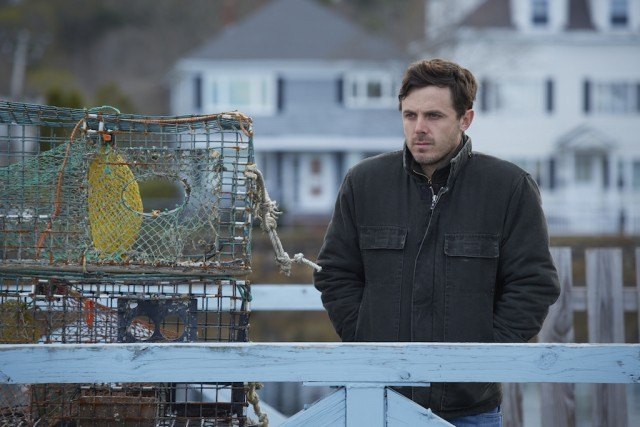 Grief takes over in ways we can never expect. It roots down deep and sticks around — and our lives are never the same. That feeling of overwhelming loss is what drives Manchester by the Sea, but it’s not just about the type of loss that happens with death. It’s about the grief that comes out of life’s biggest disappointments.

Kenneth Lonergan, who wrote and directed the film, is in every sense, a legendary part of the indie filmmaking community. But he may have outdone himself with this story about a family grappling with the sudden and unexpected death of its figurehead. It follows a Boston janitor who, after his older brother dies, reluctantly returns to his small hometown to act as guardian for his nephew. Casey Affleck is quietly mesmerizing as Lee, the film’s protagonist; Lucas Hedges displays an impressively complex emotional range as his new charge, Patrick. And the always wonderful Michelle Williams is duly engaging as Lee’s ex-wife, Randi.

Manchester by the Sea is about coming home again; about facing the past and trying to stop it from hurting your future. As a story, its brilliance comes in how subdued it is — it unfolds effortlessly, building tension that at times feels insurmountable. And its emotional denouement is so organic and well-constructed that it’s hard to name a more powerful moment in film this year.