The year is almost halfway over, but there are still plenty of exciting, high-profile movies left to look forward to, including Marvel’s latest titles, a slew of book-to-film adaptations, and some highly anticipated sequels. Don’t want to miss out anything? Check out when you can catch the most anticipated 2016 new movie releases below.

Now You See Me 2 | Summit Entertainment

The Conjuring 2: Vera Farmiga and Patrick Wilson return as the real-life paranormal investigators Lorraine and Ed Warren in this sequel.

Warcraft: Travis Fimmel, Paula Patton, and Ben Foster star in the video game-inspired flick about the invasion of aliens from Orc.

Central Intelligence: After he reunites with an old pal (Dwayne Johnson) through Facebook, a mild-mannered accountant (Kevin Hart) is lured into the world of international espionage.

Finding Dory: The friendly-but-forgetful blue tang fish (Ellen DeGeneres) goes on a mission to reunite with her loved ones. 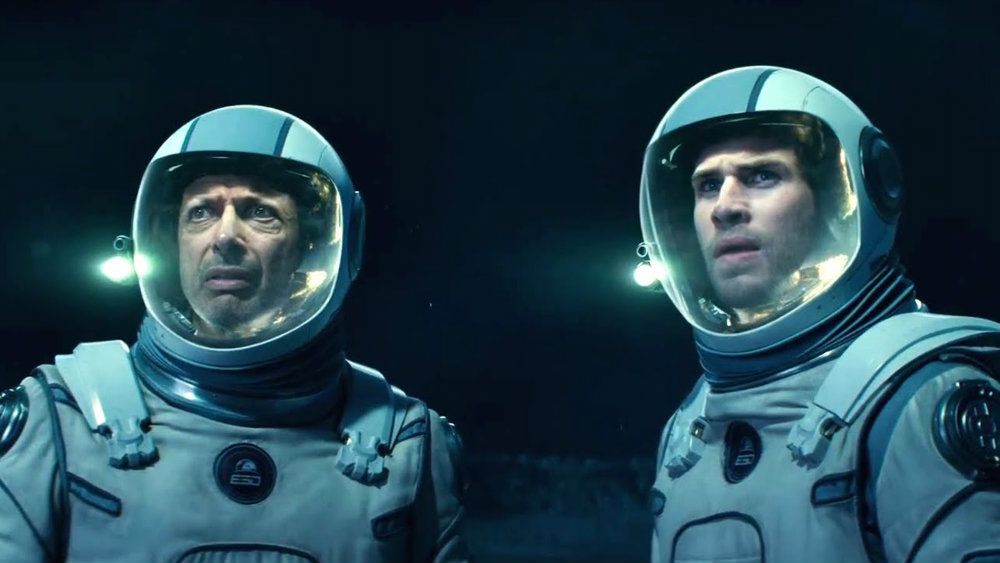 Free State of Jones: As civil war divides the nation, a poor farmer from Mississippi leads a group of rebels against the Confederate army. Matthew McConaughey, Keri Russell, and Gugu Mbatha-Raw star.

The Shallows: A mere 200 yards from shore, surfer Nancy (Blake Lively) is attacked by a great white shark, with her short journey to safety becoming the ultimate contest of wills.

The Purge: Election Year: Two years after choosing not to kill the man who killed his son, former police sergeant Barnes is head of security for Senator Charlene Roan, the frontrunner in the next Presidential election due to her vow to eliminate the Purge. 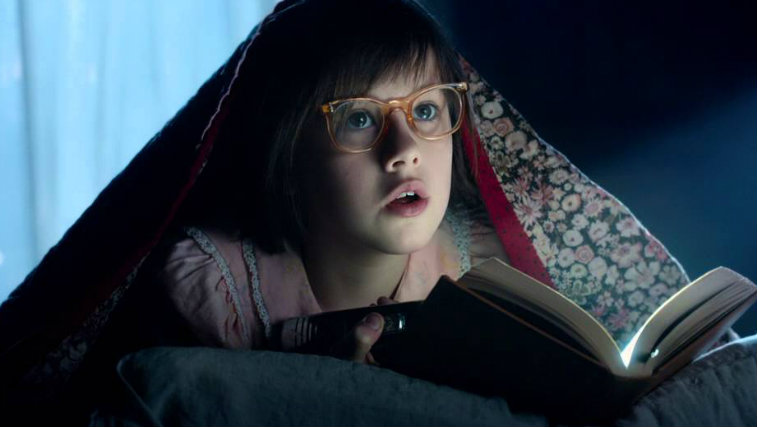 The BFG: A girl named Sophie encounters the Big Friendly Giant who, despite his intimidating appearance, is a kindhearted soul considered to be an outcast by the other giants.

The Legend of Tarzan: Tarzan (Alexander Skarsgard), having acclimated to life in London, is called back to his former home in the jungle to investigate the activities at a mining encampment. Margot Robbie co-stars.

Swiss Army Man: A hopeless man (Paul Dano) stranded in the wilderness befriends a dead body (Daniel Radcliffe) and together they go on a surreal journey to get home.

Equals: In an emotionless utopia, two people (Nicholas Hoult and Kristen Stewart) fall in love when they regain their feelings from a mysterious disease, causing tensions between them and their society. 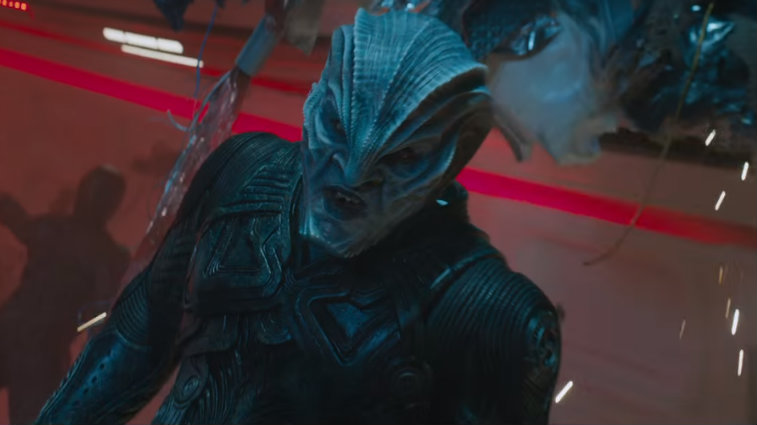 Star Trek Beyond: The USS Enterprise crew explores the furthest reaches of uncharted space, where they encounter a mysterious new enemy who puts them and everything the Federation stands for to the test.

Jason Bourne: Matt Damon is back as Bourne, who — now remembering who he truly is — tries to uncover hidden truths about his past.

The Founder: Michael Keaton stars in the story of McDonald’s founder, Ray Kroc.

Nine Lives: A stuffy businessman (Kevin Spacey) finds himself trapped inside the body of his family’s cat.

Pete’s Dragon: The adventures of an orphaned boy named Pete and his best friend Elliot, who just so happens to be a dragon.

Sausage Party: An animated movie about one sausage’s quest to discover the truth about his existence.

Spectral: Max Martini and Emily Mortimer star in this sci-fi/thriller story centered on a special-ops team that is dispatched to fight supernatural beings. 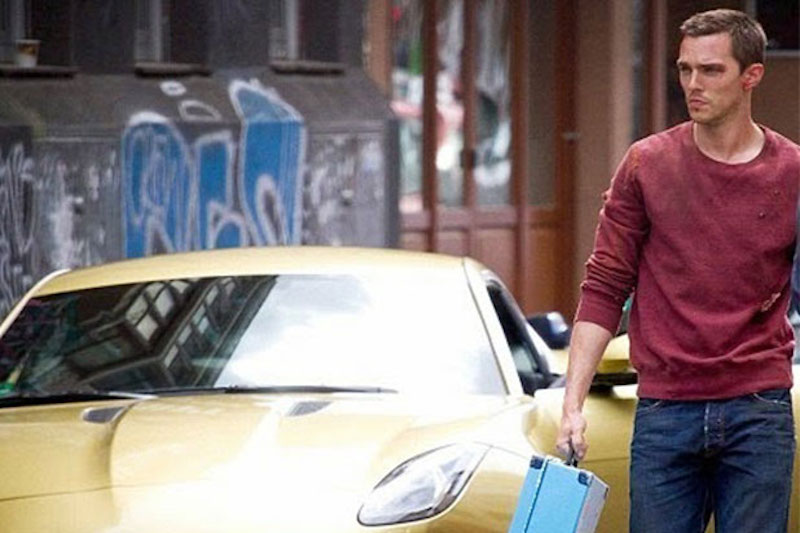 Collide: An American backpacker gets involved with a ring of drug smugglers as their driver, though he winds up on the run from his employers across Munich’s high-speed Autobahn. Nicholas Hoult and Felicity Jones co-star.

Kubo and the Two Strings: An epic action-adventure set in a fantastical Japan from acclaimed animation studio LAIKA. 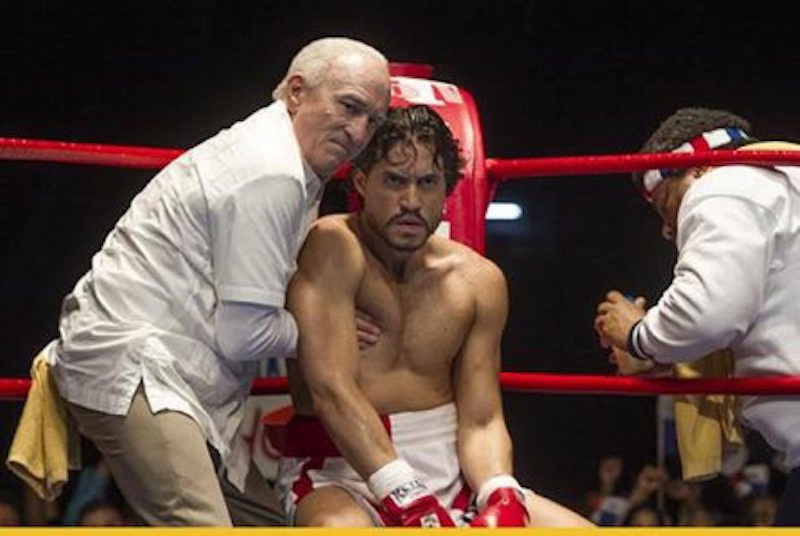 Hands of Stone | The Weinstein Company

Mechanic: Resurrection: Jason Statham returns as Arthur Bishop, who thought he had put his murderous past behind him — until his most formidable foe kidnaps the love of his life.

Southside With You: Chronicles the summer 1989 afternoon when the future President of the United States of America, Barack Obama (Parker Sawyers), wooed his future First Lady (Tika Sumpter) on an epic first date across Chicago’s South Side. 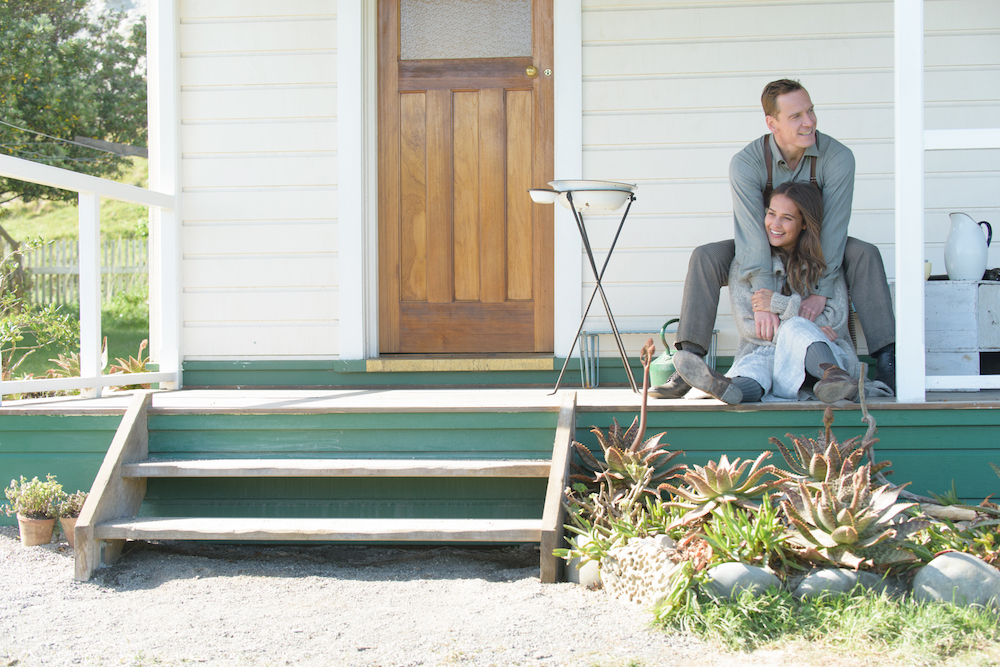 The Light Between Oceans| DreamWorks Pictures

The Light Between Oceans: Michael Fassbender and Alicia Vikander star asa lighthouse keeper and his wife who live off the coast of Western Australia and raise a baby they rescue from an adrift rowboat.

Before I Wake | Relativity Media

Before I Wake: A young couple adopt an orphaned child whose dreams — and nightmares — manifest physically as he sleeps.

Sully: Tom Hanks stars as Chesley Sullenberger, who became a hero after gliding his plane along the water in the Hudson River, saving all of his 155 passengers.

When the Bough Breaks: A surrogate mom for a couple becomes dangerously obsessed with the soon-to-be father. 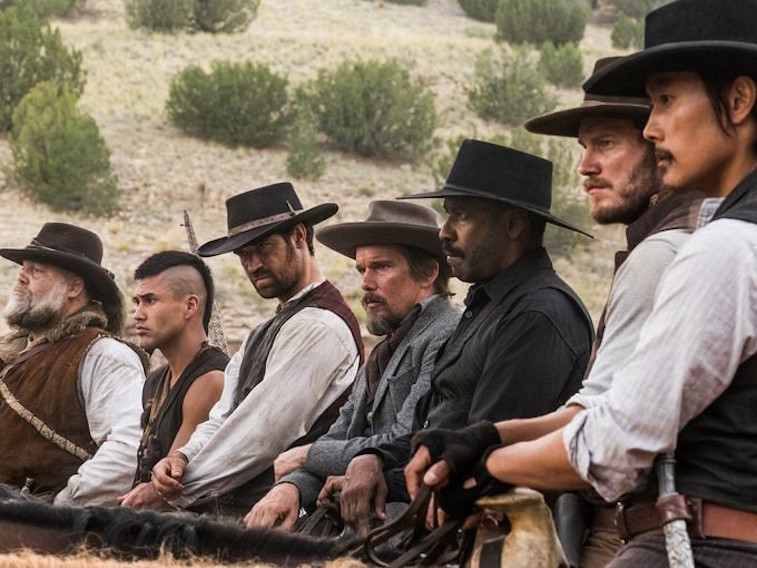 Storks: Storks have moved on from delivering babies to packages. But when an order for a baby appears, the best delivery stork must scramble to fix the error by delivering the baby.

Deepwater Horizon: Mark Wahlberg stars in the story set on the offshore drilling rig Deepwater Horizon, which exploded during April 2010 and created the worst oil spill in U.S. history.

Masterminds: A night guard at an armored car company in the Southern U.S. organizes one of the biggest bank heists in American history. Kristen Wiig, Zach Galifanikis, and Jason Sudeikis star. 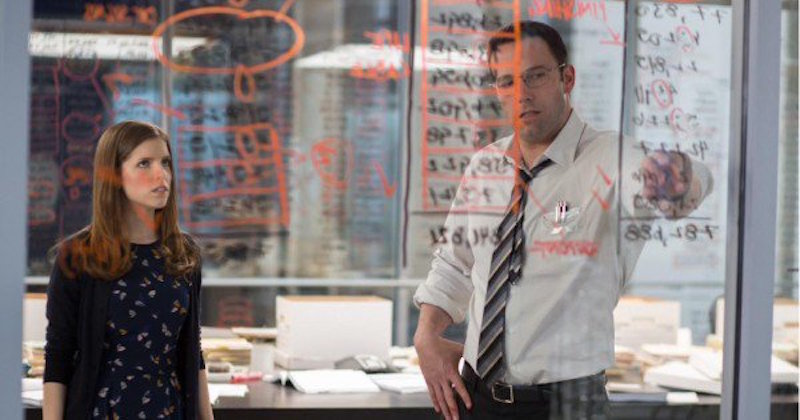 The Accountant: Ben Affleck stars as a brilliant forensic accountant who un-cooks the books for illicit clients. Anna Kendrick and J.K. Simmons co-star.

The Girl on the Train: Based on the bestselling book, the movie follows a train commuter (Emily Blunt) who investigates a mystery revolving around a couple whose house she passes every day.

The Birth of a Nation: Nate Parker stars as Nat Turner, a literate slave and preacher, whose financially strained owner, Samuel Turner (Armie Hammer), accepts an offer to use Nat’s preaching to subdue unruly slaves. As he witnesses countless atrocities, Nat orchestrates an uprising for freedom.

A Monster Calls: A boy seeks the help of a tree monster to cope with his single mom’s terminal illness. Toby Kebell, Felicity Jones, and Liam Neeson co-star.

The Bye Bye Man: Three friends stumble upon the horrific origins of the Bye Bye Man, a mysterious figure they discover is the root cause of the evil behind man’s most unspeakable acts.

Underworld: Blood Wars: A new, younger generation of vampires and werewolves are embroiled in a supernatural race war.

Jack Reacher: Never Go Back: Tom Cruise returns as Jack Reacher. who returns to the headquarters of his old unit, only to find out he’s now accused of a 16-year-old homicide.

Ouija 2: Doug Jones and Kate Siegel co-star in this sequel to the 2014 horror film. 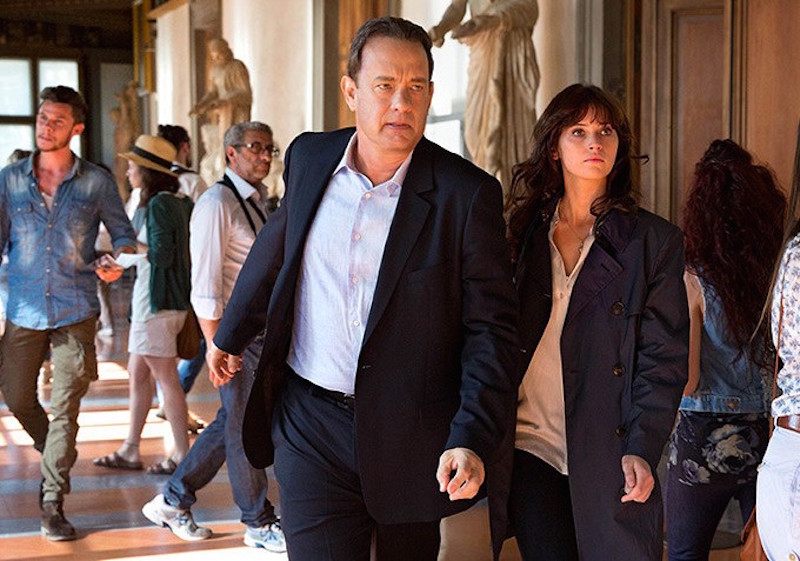 Inferno: Robert Langdon (Tom Hanks) wakes up in an Italian hospital with amnesia, he teams up with Dr. Sienna Brooks (Felicity Jones), and together they must race across Europe against the clock to foil a deadly global plot. 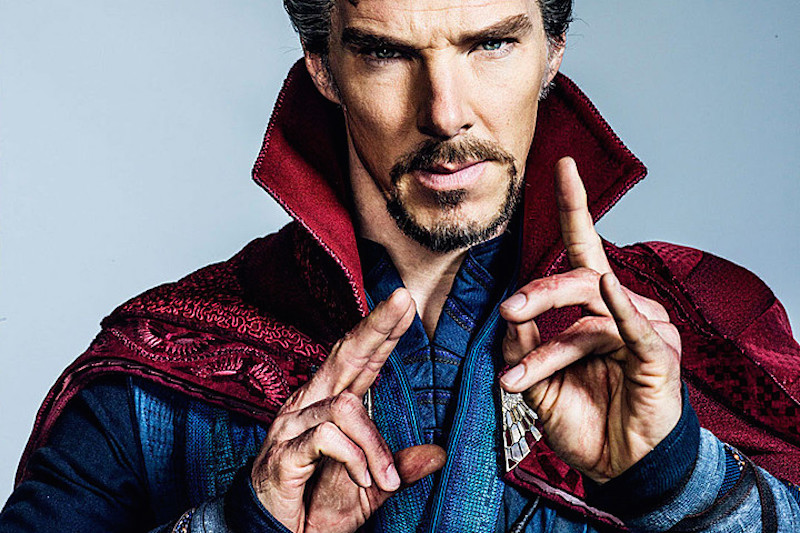 Bastards: Upon learning that their mother has been lying to them for years about their allegedly deceased father, two fraternal twin brothers hit the road in order to find him. Owen Wilson, Ed Helms, J.K. Simmons, and Glenn Close co-star.

Doctor Strange: Benedict Cumberbatch stars as Marvel’s brilliant but arrogant and conceited surgeon who gets a new lease on life when a sorcerer takes him under her wing and trains him to defend the world against evil.

Trolls: Poppy (Anna Kendrick), the optimistic leader of the Trolls, and her polar opposite Branch (Justin Timberlake) must embark on an adventure that takes them far beyond the only world they’ve ever known.

Billy Lynn’s Long Halftime Walk: Billy Lynn is brought home for a victory tour after a harrowing Iraq battle. Through flashbacks, the film shows what really happened to his squad — contrasting the realities of war with America’s perceptions.

Fantastic Beasts and Where to Find Them: Eddie Redmayne stars as writer Newt Scamander who arrives to New York’s secret community of witches and wizards 70 years before Harry Potter reads his book in school.

The Shack: A grieving man receives a mysterious, personal invitation to meet with God at a place called “The Shack.” Sam Worthington, Octavia Spencer, and Radha Mitchell co-star. 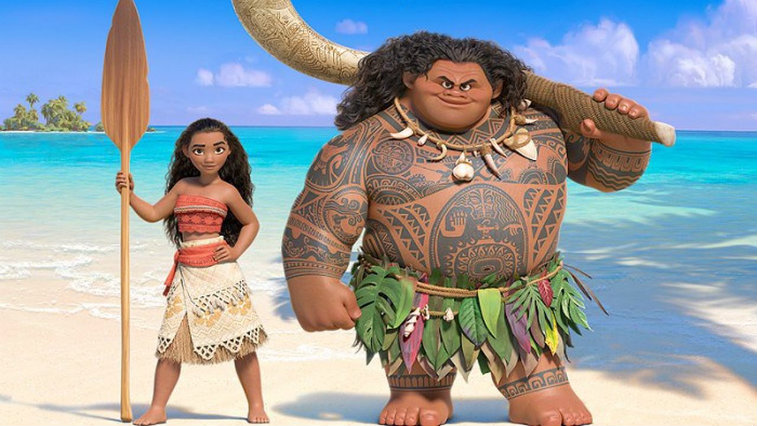 The Great Wall: A mystery centered around the construction of the Great Wall of China. Matt Damon, Pedro Pascal, and Willem Dafoe co-star.

Moana: A young woman uses her navigational talents to set sail for a fabled island. Joining her on the adventure is her hero, the legendary demi-god Maui.

Rogue One: A Star Wars Story: Rebels set out on a mission to steal the plans for the Death Star. Ben Mendelsohn, Felicity Jones, and Mads Mikkelsen co-star.

Assassin’s Creed: When Callum Lynch (Michael Fassbender) explores the memories of his ancestor Aguilar and gains the skills of a Master Assassin, he discovers he is a descendant of the secret Assassins society.

Passengers: A spacecraft traveling to a distant colony planet and transporting thousands of people has a malfunction in its sleep chambers. As a result, two passengers (Chris Pratt and Jennifer Lawrence) are awakened 60 years early.