2016 Oscars: 5 Stars Who Could Be First-Time Winners

There’s a reason that Oscar season is a highlight — both for Hollywood insiders and avid film fans who live and breathe predictions and pools from January to March. The Academy Award — voted on and given by the Academy of Motion Picture Arts and Sciences — is the most coveted trophy in the entertainment industry. And those that take home the statue belong to a small and elite club of creative professionals.

From Steven Spielberg to Meryl Streep, there are more than a few Oscar winners who’ve taken home multiple awards. But there are also countless performers and filmmakers that have never won an Academy Award, despite doing stellar work on or behind the camera.

Some are new to the industry. Others have contributed years of work and come close to winning more than once. Here are five nominees who may take home their first award when the 88th Academy Awards air February 28.

At this point, it almost seems like the Best Actor trophy is Leonardo DiCaprio’s to lose. Throughout his 20-plus years in Hollywood, he’s delivered several Oscar-caliber performances — and been nominated for his work in What’s Eating Gilbert Grape, The Aviator, Blood Diamond, and The Wolf on Wall Street. But he’s never received Hollywood’s top prize… at least, not yet. His work in The Revenant is on another level — and he not only put himself through some extreme emotional and physical paces to get his performance right, he went above and beyond the call of duty. And while some feel that The Revenant fails to meet high expectations set by critics, his performance as Hugh Glass is visceral, primal, and undeniably impressive. 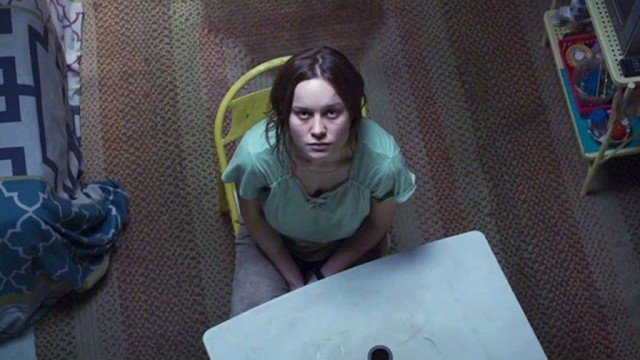 If there’s any Oscar category that is less of a toss-up than Leo’s this year, it’s the Best Actress category. And that’s all thanks to Brie Larson, whose breakout performance in the indie hit Room has mesmerized basically everyone. As Ma, a young woman trying to raise her son without letting him know that they’re being held captive, Larson is brave, fragile, resilient, hopeful, complicated, and utterly captivating. Though this is her first Oscar nomination, the 26-year-old powerhouse is likely to ride the momentum of her recent Golden Globe, SAG, and BAFTA wins all the way to Oscar glory. 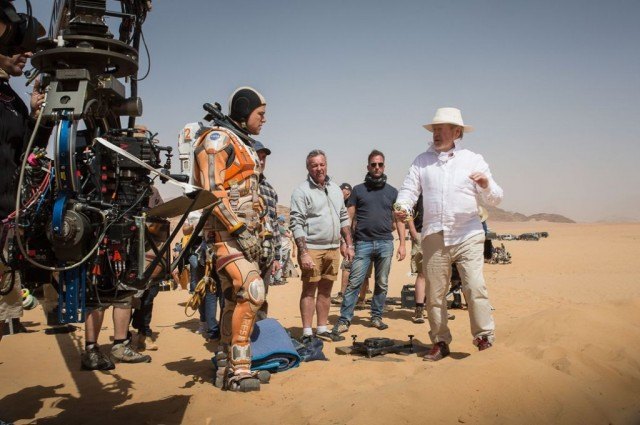 Alien. Blade Runner. Gladiator. Ridley Scott has directed some of the most beloved films in Hollywood history — but amazingly, he’s never taken home an Oscar for his efforts. This year, he was unjustly snubbed for his directorial work on the futuristic hit The Martian. But as one of the film’s producers, he’s still eligible to win an Oscar if it takes home the coveted Best Picture statue. It would almost seem like a crime that Scott’s first Academy Award wasn’t in honor of his master filmmaking skills. But since the Academy has shut him out for so long, the night’s top prize would at the very least be a start. 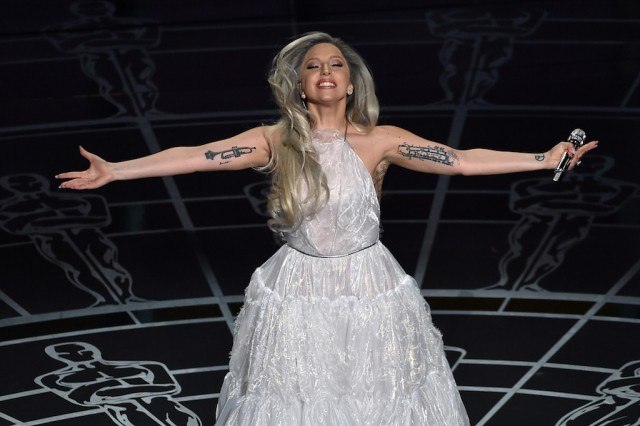 She’s a talented singer and a Golden Globe-winning actress. And Lady Gaga could get one step closer to the elusive EGOT status if she picks up the award for Best Original Song at this year’s Oscars. She’s nominated alongside songwriter Diane Warren for their work on the documentary The Hunting Ground. Their song, “‘Til it Happens To You,” delves into the film’s themes about rape on college campuses. It’s a haunting ballad, one that could appeal to Oscar voters’ emotional side more than the perceived front-runner, The Weeknd’s “Earned It” from 50 Shades of Gray. As an added bonus, a win for Gaga would also mean that Warren — who’s been nominated seven times — would finally take home her first trophy as well.

He launched his career as a Hollywood legend when he created the character of Rocky Balboa. Now, 40 years later, Sylvester Stallone has a fighting chance at landing his first Oscar. In Creed, Stallone reprises his role as Balboa, now a retired fighter who steps up to mentor his former competitor’s son, Adonis (Michael B. Jordan). And he infuses the aging athlete with a toughness and wisdom that inspires a genuine fighting spirit in Creed — and an intense nostalgia for fans. Though much criticism has deservedly been lobbed at the Academy for failing to nominate Jordan and Creed‘s writer-director Ryan Coogler, Stallone still undoubtedly deserves his Best Supporting Actor nod — and his long-awaited second chance at an Oscar victory.