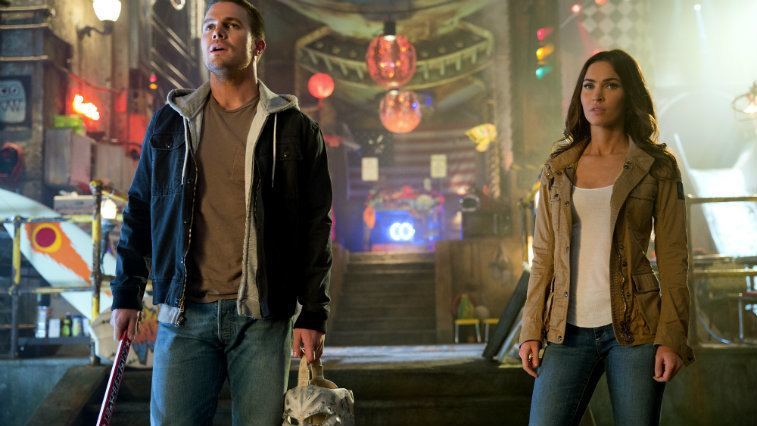 With more than a half dozen major feature films hitting theaters, 2016 has been a pivotal year for releases inspired by comic books. Though vastly different in style and tone, each film has managed to stir up debate among critics, moviegoers, and (most of all) hardcore fans. Take, for instance, the divisive conversation surrounding David Ayer’s Suicide Squad, and you’ll have a good idea of the kind of insanity that has been swirling around this year’s superhero movies.

Truth be told, it has generally not been a great year for superhero films. While the fact that each movie represents a distinctive vision is admirable, few of those to hit in 2016 have been fully embraced by the world at large. Nevertheless, each has its own merit. So, before Marvel’s Doctor Strange rounds out the year, let’s take a closer look at how the recent crop of superhero films stack up. [Update, 11/29/16: Read our review of ‘Doctor Strange’ here!]

For the record, we’re taking box office performance, critics’ reviews, and the general response from fans into account.

6. Teenage Mutant Ninja Turtles: Out of the Shadows

Believe it or not, director Dave Green’s sequel was actually an improvement over the 2014 film that rebooted the Teenage Mutant Ninja Turtles franchise, even though it falls on the bottom of our list. Featuring a tone more in line with the classic 1980s animated series, Out of the Shadows finally brings fan-favorite characters like Bebop, Rocksteady, and Krang to the big-screen. However, it does still falter with its human characters — including Stephen Amell’s Casey Jones — who gets lost in all the CGI action. Still a fun film for younger viewers or those with a nostalgic soft spot for the heroes on a half-shell.

Batman and Superman in the same film? That has to be a winner, right? Well, it depends on who you ask. For some, the film brought enough badass moments and beloved characters (i.e. Gal Gadot’s Wonder Woman) to the screen to make Zack Snyder’s effort pay off. However, for others, the overlong third-act battle, the convoluted plot, and some off-the-wall choices for its cast (i.e. Jesse Eisenberg’s Lex Luthor) added up to lots of wasted potential. We’re a little more on the fence about the film than most, but it’s still hard to say it was an out-and-out winner for the burgeoning DC Extended Universe (DCEU).

We easily could have flip-flopped David Ayer’s film with Batman v Superman: Dawn of Justice. After all, the films earned similar critical receptions, divisive fan reactions, and box office trajectories. However, we’ll give Suicide Squad the edge simply because it deigns to take a few more risks than its DCEU predecessor. Sure, the story is a mess (looking at you, belly-dancing Enchantress), but the characters — most of whom have never been portrayed in live-action before — are so damn fun that we can’t help but hold out hope that the DCEU is able to course correct and deliver a superior sequel in the near future.

After 16 years, some would say that Fox’s X-Men franchise is officially out of ideas. Though this one (director Bryan Singer’s fourth X-Men film) does show some signs of aging, it brings enough to the table to warrant a solid, albeit somewhat subpar, conclusion to the trilogy that started with X-Men: First Class and continued with X-Men: Days of Future Past. Apocalypse does take on a bit too much to completely hold together, but it does enough right to tie up some loose ends and set up future adventures, which makes up for most of its shortcomings. Can we please say goodbye to overused characters like Mystique now though?

While X-Men: Apocalypse marks the end of an era for the X-Men franchise, Tim Miller’s directorial debut blazes a fresh new trail for the future. After first playing a disappointing version of the title character in X-Men Origins: Wolverine, Ryan Reynolds returns to act the role he was always intended to play. Full of wickedly funny gags and cool action beats, Deadpool fast became the highest-grossing X-Men film to date, handily outperforming films with bigger budgets and heavy star-studded casts. This is what happens when superhero cinema takes a few chances. We can’t wait for the announced sequel to hit.

As if any other superhero film could top our list. Before you Marvel versus DC fans start up your hate machine, consider how this film managed to win over critics, the fan community, and casual moviegoers to become one of the biggest hits of the year.

Captain America: Civil War expertly plays off the emotional connection audiences have to characters like Chris Evans’s titular hero and Robert Downey Jr.’s Iron Man and uses the template of the 2006 comic to shake up the Marvel Cinematic Universe. The result is not only the best and most exhilarating superhero film of the year (Black Panther! Spider-Man!!) but arguably one of the finest MCU installments to date.