2016 TV Lineup: All of the Trailers for NBC’s New Fall Shows

On the heels of unveiling its lineup for the 2016-17 primetime TV season, NBC is giving audiences a first look at some of the new titles coming to the network later this year. From a time traveling drama to an afterlife comedy, here’s a closer look at all of NBC’s new fall shows.

In NBC’s new straight-to-series comedy about afterlife, Kristen Bell stars as Eleanor Shellstrop who arrives to “The Good Place” after death only to learn she actually hasn’t been a very good person. A mentor (played by Ted Danson) tries to help her turn over a new leaf. The show hails from Michael Schur, who previously wrote and produced The Office and Parks and Recreation. William Jackson Harper, Jameela Jamil, Manny Jacinto, and D’Arcy Carden also co-star in the series, which will air Thursday nights at 8:30 p.m. Eastern this fall.

Created by The Shield‘s Shawn Ryan and Supernatural‘s Eric Kripke, the time traveling drama follows a mysterious criminal played by Goran Visnjic, who steals a secret machine with the intention of destroying present-day America by changing the past. Now, the fate of the country rests entirely in the hands of Professor Lucy Preston (Abigail Spencer), Delta Force veteran Wyatt Logan (Matt Lanter), and Rufus Carlin (Malcolm Barrett), the engineer behind the time travel project who is reluctantly forced to pilot the prototype machine. The show will air Monday nights at 10 p.m. Eastern this fall.

Mandy Moore, Milo Ventimiglia, and Sterling K. Brown star in this ensemble dramedy, about a group of people — some of whom share the same birthday, among other commonalities — whose life stories intertwine in curious ways. Written Neighbors and Galavant creator Dan Fogelman, the show also co-stars Justin Hartley, Chrissy Metz, Susan Kelechi Watson, Chris Sullivan, and Ron Cephas Jones. The series is set to air Tuesday nights at 9 p.m. Eastern this fall. 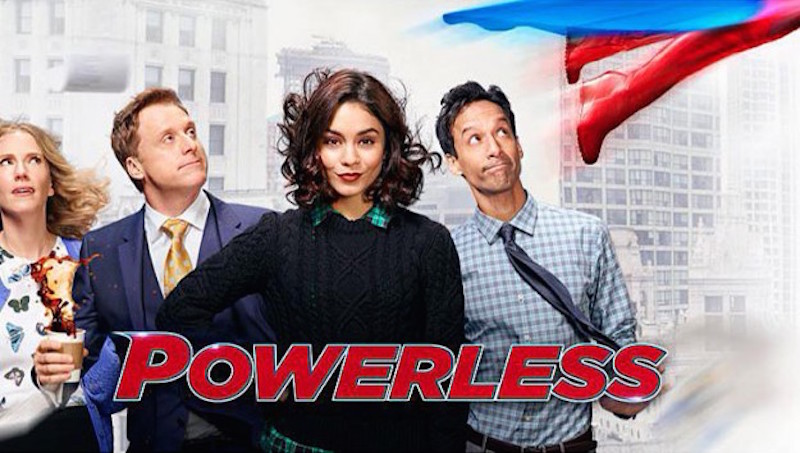 NBC also has a slew of other new series set to premiere midseason, including Powerless, a comedy set in the DC Comics universe; Great News, a new comedy from Tina Fey starring Andrea Martin; Marlon, a comedy inspired by the life of Marlon Wayans; the latest Chicago Fire spin-off, Chicago Justice; Midnight Texas, based on the book series from novelist Charlaine Harris; and the mockumentary Trial and Error. Also on the upcoming schedule are the recently announced Blacklist spin-off, Blacklist: Redemption, and the Taken prequel. Stay tuned for trailers.