2018 Grammy Nominees: The Music You Need to Hear Right Now

The 2018 awards season kicks off with music’s most popular night: the Grammy Awards. On Jan. 28, the world’s top musical talents (and many more) will gather together to see which artists will be honored for their 2016-2017 contributions.

As always, there’s plenty of new and returning musicians in the mix. With favorites like Taylor Swift and Beyonce ineligible, here are a just few of the nominees, and the songs and albums that are in the running. 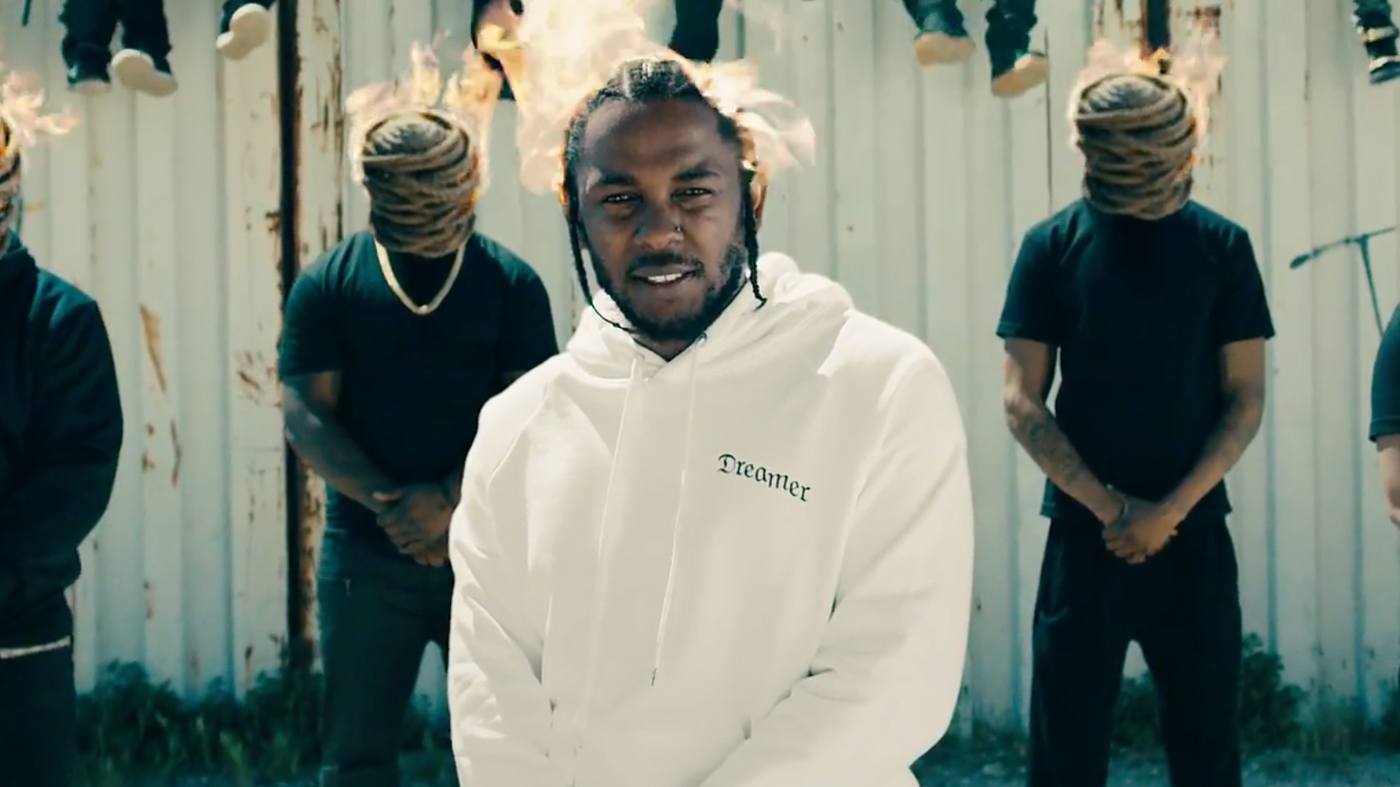 Nominated for Record of the Year, this is the song that has put Kendrick Lamar, a rising talent since 2010, in the league with the big boys, like fellow nominees in the category Kanye West and Bruno Mars. “Humble” is Lamar’s first No. 1 hit as a solo artist (his first being Taylor Swift’s “Bad Blood”).

The single sold over 1 million copies in 2017, the only rap song of the year to do so. Producer Mike Will Made It is recognized for the nomination, as are engineers/mixers Derek “MixedByAli” Ali, James Hunt, and Matt Schaeffer, and mastering engineer Mike Bozzi. 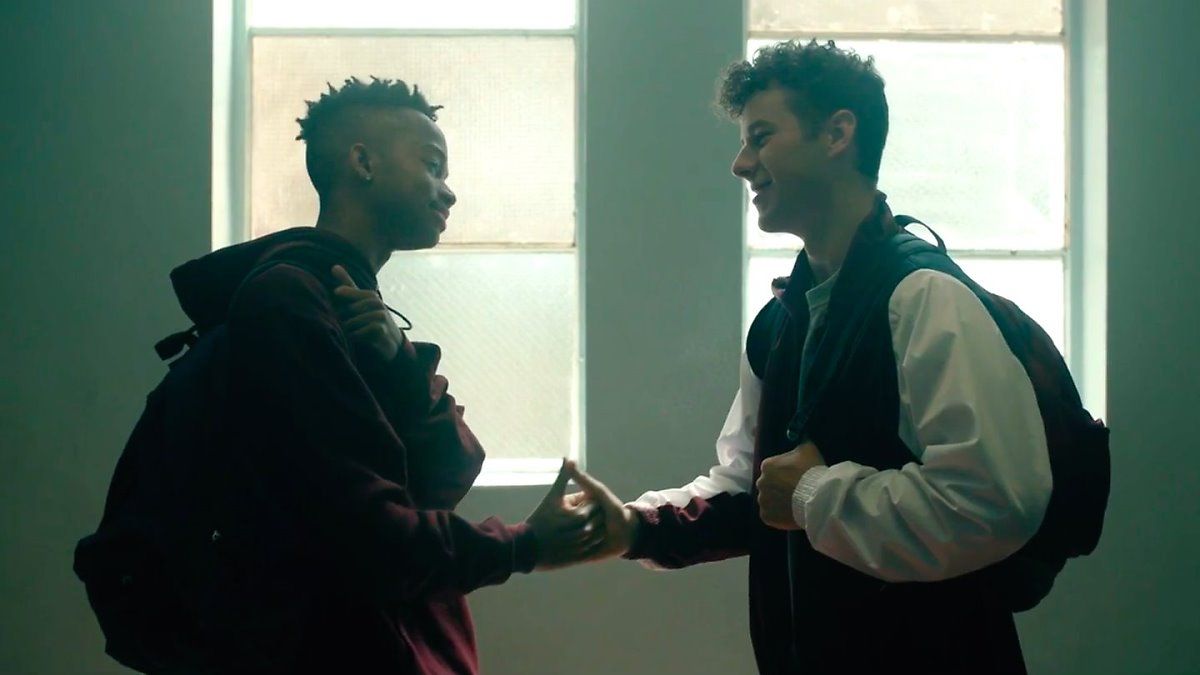 All of the tracks nominated for Song of the Year are, of course, deserving of the award. But Logic’s “1-800-273-8255” stands out for one major reason: The phone number that serves as the song’s title is for the National Suicide Hotline.

This isn’t just some gimmick — the content of the song reflects the message, and the star-studded music video depicts a gay teenage boy dealing with coming out. Songwriters and featured artist Sir Robert Bryson Hall II (Logic), Alessia Caracciolo (Alessia Cara), and Khalid Robinson (Khalid), along with producer Arjun Ivatury, are nominated for the award.

The Best Pop Solo Performance is stacked this year, no doubt. But everyone loves a good comeback story, which is at least one of the reasons why Kesha’s “Praying” could take this award home.

As fans of the genre are aware, the singer-songwriter was tied up in a legal battle with former producer Dr. Luke for years now, after she filed charges of sexual assault against him. She was finally able to put out new music this past summer, which resulted in her album, Rainbow, and this first single, the video for which has drawn comparisons to Beyonce’s Lemonade album. 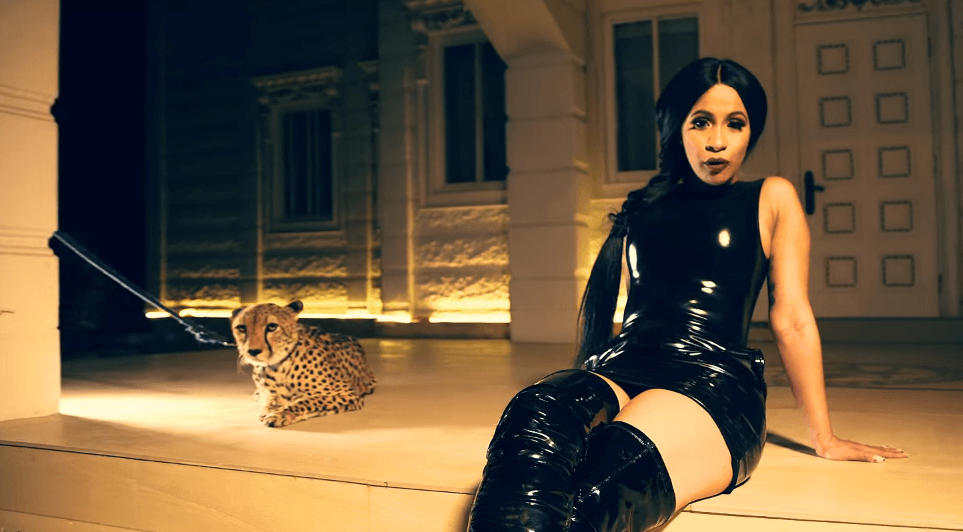 Few artists have been talked about more this year than breakout star Cardi B, whose debut single “Bodak Yellow,” topped the charts for weeks, earning her the distinction of being the second-ever female on a solo hip-hop track to hold that spot.

“Bodak Yellow,” was deemed by some to be the Song of the Summer, so it wouldn’t be a surprise if this hit is awarded the Best Rap Song Grammy. Nominated for the award alongside Cardi B (credited as “Washpoppin”) are songwriters Dieuson Octave (Kodak Black), Klenord Raphael, Shaftizm, Jordan Thorpe, and J (Jermaine) White. 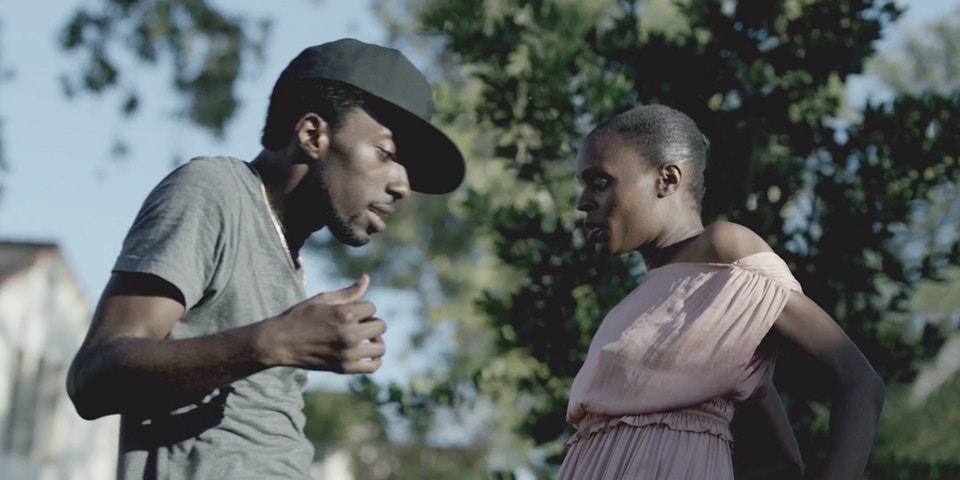 Earning the most nods of the year with eight in total is JAY-Z, for his nominated Album of the Year, 4:44. A veteran of the Grammys, when it comes to this artist’s 13th studio album, there’s been almost as much talk about the music itself as there has been the behind-the-scenes drama that led to the lyrics heard on it.

All 10 tracks have received acclaim, with extra praise for the title single “4:44” as well as “The Story of O.J.,” which was also nominated for Record of the Year. JAY-Z (Shawn Carter) and No I.D. (Dion Wilson) are credited as producers and songwriters, while Jimmy Douglass and Gimel “Young Guru” Keaton receive acknowledgment as engineers/mixers, and Dave Kutch as mastering engineer for all tracks. 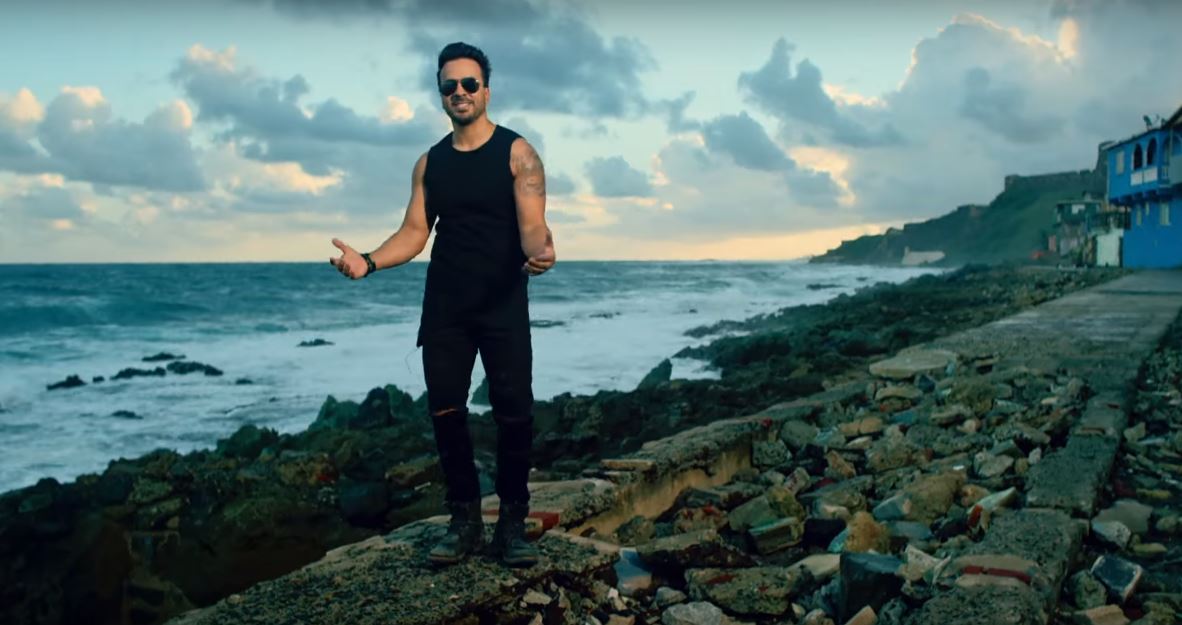 The most popular music video of the year comes from Luis Fonsi and Daddy Yankee’s hit single “Despacito.” Add in the teenage girl bait that is Justin Bieber, who is featured on the remix, and you have a nominee for Record of the Year, Song of the Year, and Best Pop Duo/Group Performance.

This is a major milestone for the Grammys, which often fails to nominate primarily Spanish-language songs like “Despacito.” But given the video’s record-breaking 4.5 million views on YouTube, coupled with the song’s status as one of two of the longest-running single at the top of the Billboard Hot 100 at 16 weeks, it’s not surprising at all.

Ed Sheeran – “Shape of You” | Ed Sheeran via YouTube

Singer-songwriter Ed Sheeran belted his way onto the international music scene with “A-Team” in 2012, and he’s remained there ever since. This year is no different, though he’s nominated for fewer awards for his third studio album, ÷, than some may expect.

The 2017 pop album has produced four singles for Sheeran, including Best Pop Solo Performance nominee “Shape of You.” ÷, which features 12 original tracks all co-written by Sheeran, is also nominated for Best Pop Vocal Album. 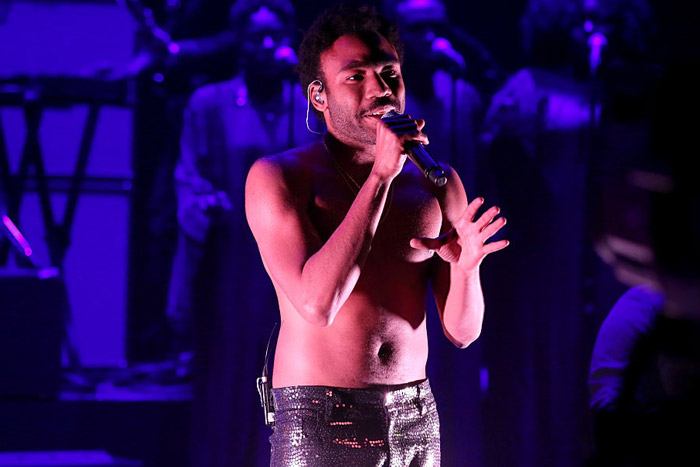 When you’re a man of many talents like Donald Glover, when one thing lines up, others often fall into place. Glover took home two Emmys in 2017 for his acting and directing in Atlanta, and now his 2016 album (under his music pseudonym, Childish Gambino) Awaken, My Love! is earning accolades.

The album’s second single, “Redbone,” has been nominated for Record of the Year, Best Traditional R&B Performance, and Best R&B Song, while the album as a whole received Album Of The Year and Best Urban Contemporary Album nods. Glover and his producer, Ludwig Goransson, are acknowledged.

Portugal. The Man’s ‘Feel It Still’ 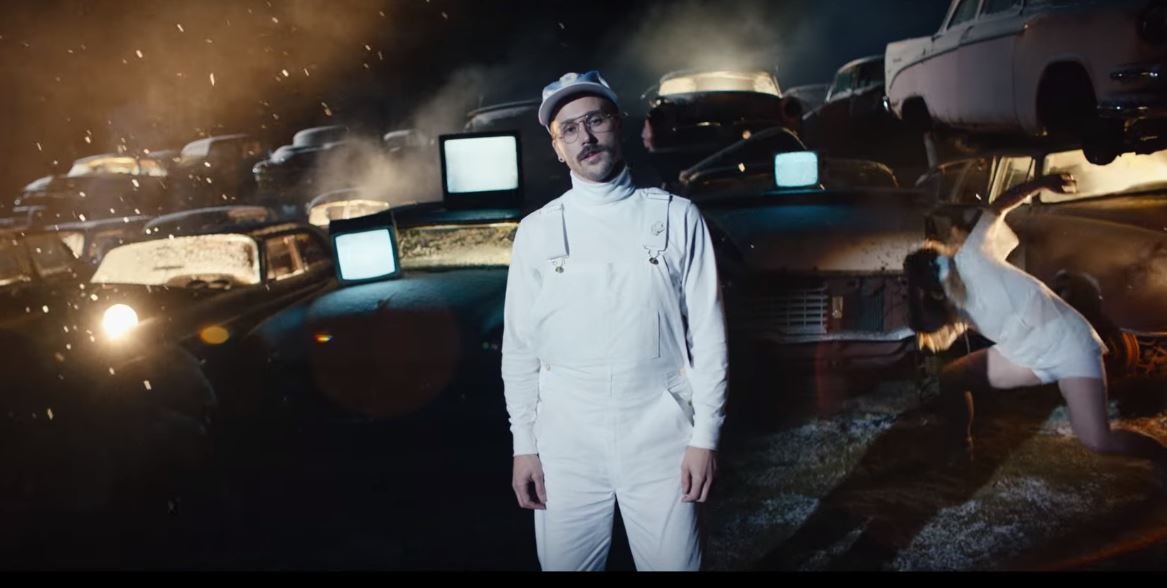 Alaskan rock band Portugal. The Man has put out eight studio albums over the past 11 years, and received acclaim, especially for the last three. But it wasn’t until the first single from the band’s latest album, “Feel It Still,” hit the airwaves in March 2017 that they learned what true mainstream success was like.

The crossover pop hit has been featured in several commercials and continues to receive plenty of airtime months later. So it’s little surprise this has earned “Feel It Still” a nomination for Best Pop Duo/Group Performance. 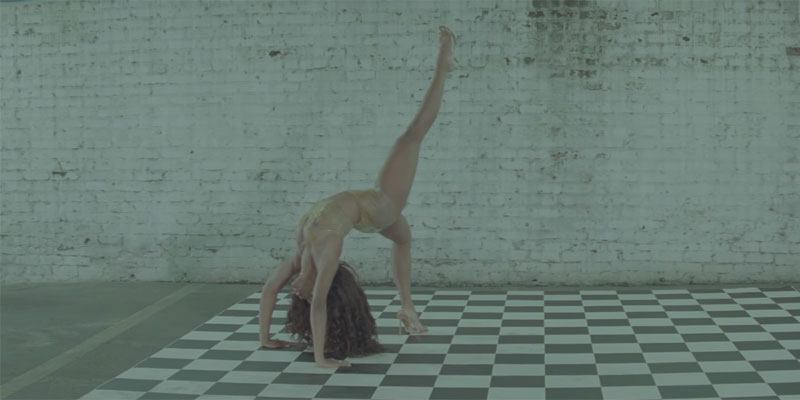 A lot of musicians breakout with one hit single, or even just as a featured artist on someone else’s track. That’s certainly not the case for one of this year’s Best New Artist nominees, SZA, who, with five Grammy nominations, has the most of any woman this year.

What’s more, she has earned these nods for multiple songs across different categories, including Best R&B Performance for “The Weekend,” Best R&B Song for “Supermodel,” and Best Rap/Sung Performance for “Love Galore” (shared with Travis Scott). Additionally, her debut album, Ctrl, was nominated for Best Urban Contemporary Album.

Check out all of the recommended hits below: