For the remainder of 2018, most of the films that everyone knows to be excited for are the huge tentpole blockbusters, like Avengers: Infinity War, Jurassic World: Fallen Kingdom, and Incredibles 2. However, every year, there are always movies that aren’t as widely anticipated early on, but wind up sneaking up on everyone.

So what are those movies in 2018? What are the films that we aren’t currently being bombarded with marketing for, but that are worth keeping an eye on and could really surprise us?

Here’s a look at some of the lesser-known films coming out this year that you’ll want to keep on your radar.

Later this year, we’ll be getting our first major drama about the George W. Bush administration since Oliver Stone’s W.  This one will focus on Vice President Dick Cheney, played by Christian Bale.

Sam Rockwell will play President George W. Bush; it seems that he’ll be a supporting character and that the film will focus on Cheney, though. Also starring in the movie are Amy Adams as Lynne Cheney, Steve Carell as Donald Rumsfeld, and Bill Pullman as Nelson Rockefeller.

Backseat is being written and directed by Adam McKay; his most recent film, The Big Short, scored an Academy Award nomination for Best Picture. The film will be released in December and will likely receive a major awards push.

Next: This biopic comes from the director of La La Land. 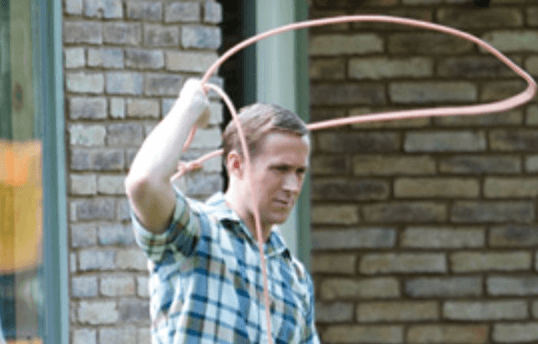 In addition to being directed by Chazelle, First Man is also co-written by Josh Singer, the man behind the screenplays for Spotlight and The Post.

Next: This biopic is about the life of a current Supreme Court justice.

On the Basis of Sex | Universal Pictures

One more biopic coming out in 2018 that we’re looking forward to is On the Basis of Sex, a drama about Supreme Court Justice Ruth Bader Ginsburg.

Focus Features hasn’t given On the Basis of Sex an official release date yet. But filming began last year, so it should be released towards the end of 2018.

Next: This R-rated comedy will put a dark spin on a beloved franchise.

Moving far away from films that could qualify for the Academy Awards, The Happytime Murders has potential to be one of the most enjoyable comedies of the summer.

The film takes place in a world where puppets and humans co-exist, sort of like Avenue Q. The main character is a puppet private detective who attempts to track down a serial killer who is targeting the cast of a Muppet Show style television series called The Happytime Gang. Human characters will be played by Melissa McCarthy, Elizabeth Banks, Maya Rudolph, and Joel McHale.

Funnily enough, the movie is actually directed by Brian Henson, the son of Muppets creator Jim Henson. If you’ve ever wanted to see a dark, R-rated parody of The Muppets, it’s finally here. It will arrive in theaters this August.

Next: This new film from an acclaimed director stars Cate Blanchett.

Cate Blanchett will star in this film. | Harold Cunningham/Getty Images

From Richard Linklater, the director of Boyhood and the Before trilogy, comes Where’d You Go, Bernadette. Based on the novel of the same name, this film will star Cate Blanchett as Bernadette Branch, an agoraphobic who goes missing.

In the book, the woman’s daughter, Bee Branch, attempts to figure out where her mother went by going through her written correspondences. It’s unclear how much of that will translate into the movie, but Linklater is known to enjoy movies with interesting narrative devices, so it would make sense for him to incorporate that.

Also starring in Where’d You Go, Bernadette are Billy Crudup, Kristen Wiig, Judy Greer, and Laurence Fishburne. Annapurna Pictures was originally planning to release the movie in the summer, but they have since pushed it to the fall, potentially indicating that they believe it could be an awards contender.

Next: This movie comes from the director of the winner of Best Picture in 2013.

The last time Steve McQueen directed a movie, it was a massive hit that ended up winning Best Picture: 12 Years a Slave. So needless to say, his next project is going to be worth keeping an eye on.

McQueen’s first movie in four years is Widows, a thriller starring Viola Davis, Elizabeth Debicki, Michelle Rodriguez, and Cynthia Erivo. They play four widows; when their husbands die in a failed heist, they decide to complete the jobs themselves.

With a promising premise, a great cast, and a director who has yet to have a misfire, you’ll want to keep an eye on Widows, which opens on Nov. 16.

Next: This movie also comes from the director of a Best Picture winner.

7. If Beale Street Could Talk

Speaking of movies from directors who helmed a Best Picture winner, there’s also If Beale Street Could Talk. This one comes from Barry Jenkins, who directed Moonlight.

Based on the novel of the same name, If Beale Street Could Talk follows a pregnant woman in Harlem who attempts to prove that the father of her child is innocent of a crime. That woman, Trish, will be played by newcomer Kiki Layne, though the husband is played by a more famous actor: Stephan James, who portrayed John Lewis in Selma. Regina King will also play Trish’s mother, and Diego Luna will play one of the husband’s friends.

If Beale Street Could Talk has not yet premiered at any festivals, so no one knows how good it is. But just the fact that it’s Jenkins’ next film means we’ll be rushing out to see it. The movie does not yet have a release date.

Next: We’d dismiss this remake of a classic 1970s film if it were not for the director attached. 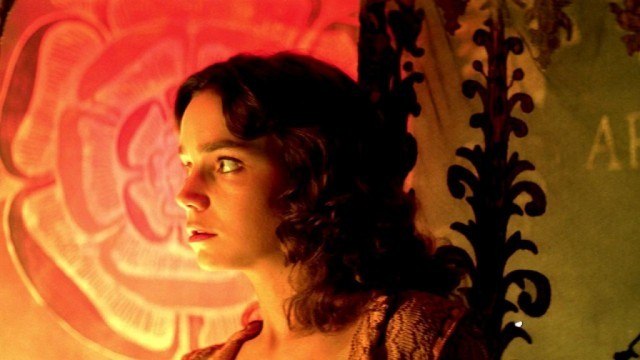 It might sound like a terrible idea to remake Suspiria, the classic 1977 horror film from Dario Argento. And indeed, horror fans are a bit skeptical about this remake. But the film is worth keeping an eye on entirely because of who is involved.

The Suspiria remake is being directed by Luca Guadagnino, who recently received acclaim for his film Call Me By Your Name. The film will star Dakota Johnson, Chloë Grace Moretz, and Tilda Swinton. It’s being distributed by Amazon Studios.

Amazon has not yet announced a release date for Suspiria, but it will likely be near the end of the year.

Next: This film will represent a dramatic turn for a popular comedic actress.

9. Can You Ever Forgive Me?

Melissa McCarthy will have the chance to tackle a more dramatic role in the upcoming film, Can You Ever Forgive Me?, from director Marielle Heller (The Diary of a Teenage Girl).

McCarthy will be playing Lee Israel, a real person who worked for decades as a journalist and biographer. But after no longer being able to get her writing published, Israel began selling forged letters that she claimed were from celebrities. It’s based on the book of the same name, a memoir written by Israel herself a few years before her death.

Can You Ever Forgive Me? is being described as a dramedy, so although McCarthy will have a chance to flex her comedic chops, it also appears that this will be a more serious turn for her. Fox Searchlight will release the film in October 2018.

Next: This film comes from the director of one of the best movies of 2014.

10. Under The Silver Lake

In 2014, David Robert Mitchell directed one of the greatest horror films of the decade: It Follows. It’s been four years, but he’s finally back with a new film, Under the Silver Lake.

This one is not a horror film but is instead a crime thriller starring Andrew Garfield. He plays a detective who gets in over his head while investigating the disappearance of a neighbor and uncovers a sinister conspiracy. Riley Keough plays the neighbor, and the film also stars Topher Grace and Jimmi Simpson.

The premise is fairly intriguing, and Mitchell’s involvement is more than enough to get us excited. Plus, the film is being distributed by A24, the studio behind recent hits like Lady Bird, The Disaster Artist, and The Florida Project.

Next: This new film stars an actor who was in two Best Picture nominees in 2017.

Lucas Hedges will be in this film. | Francois Durand/Getty Images

In 2017, Lucas Hedges had supporting roles in not one, but two Best Picture nominees: Lady Bird and Three Billboards Outside Ebbing, Missouri. He also had a role in Manchester By the Sea the previous year. Now, Hedges will actually get to star as the lead character in a new film by Joel Edgerton, Boy Erased.

Based on the memoir of the same name, Boy Erased follows a 19-year-old whose parents force him to attend gay conversion therapy. The parents will be played by Russell Crowe and Nicole Kidman, while Joel Edgerton himself will play the head of the conversion therapy program.

Distributed by Focus Features, the film hits theaters in September.

Next: This movie made a huge splash at the Sundance Film Festival this year.

Sorry to Bother You | Annapurna Pictures

Rapper Boots Riley’s directorial debut, Sorry to Bother You follows a black telemarketer, played by Lakeith Stanfield, who begins using a “white voice” on the phone in order to get people to stay on the line. This brings him success and gets him promoted in his company, only for him to discover the strange world of the corporation he works for.

Whenever Stanfield uses that “white voice,” David Cross is dubbed in. Also starring are Armie Hammer, Tessa Thompson, Terry Crews, and Danny Glover. This comedy/sci-fi film already premiered at Sundance, and critics praised it for being wildly ambitious and absurd. Annapurna Pictures will be releasing the film in July.

Saoirse Ronan and Margot Robbie were both nominated at the 2018 Academy Awards, and now, they’re teaming up for the movie, Mary, Queen of Scots.

In this historical drama, Ronan plays Mary, Queen of Scots, while Robbie plays Queen Elizabeth I. As the film starts, Mary Stuart, now the widowed former queen of France, returns to Scotland, and her arrival threatens the English throne, according to Entertainment Weekly.

The film comes from first-time film director Josie Rourke. But the bigger name associated with it is the screenwriter, Beau Willimon, who is the creator of Netflix’s House of Cards.

Focus Features will release the film this November.

Next: The stars of a great 2008 comedy reunite for this new film, which has potential to be hilarious.

It’s been years since Will Ferrell really excelled in a movie. But later in 2018, he’s teaming up with his Step Brothers co-star John C. Reilly for the new comedy, Holmes and Watson.

We don’t know a lot about the film yet. But we know it will be a comedic take on Sherlock Holmes, with Ferrell playing Holmes and Reilly playing Watson. It will be written and directed by Etan Cohen, who co-wrote the script for Tropic Thunder and previously directed Ferell in Get Hard.

Hopefully, this will be a return to classic, Step Brothers-style comedy for Ferrell, and a departure from some of his recent work.

Next: This new movie received extremely positive reviews at Sundance this year.

Paul Dano makes his directorial debut in the new film Wildlife, in which a young boy watches his parents’ marriage end as his mother falls for another man.

The movie stars Jake Gyllenhaal and Carey Mulligan. It had its premiere at the Sundance Film Festival in January and received universally positive reviews, holding a 100% score on Rotten Tomatoes, with Variety calling it “resonant and absorbing.”

IFC Films will release Wildlife, though the film doesn’t yet have a release date.