2018 MTV Movie & TV Awards: The Best Moments From the Show

Black Panther and Stranger Things dominated at the MTV Movie & TV Awards last night, with each taking home four awards. The yearly celebration of film and television was filled with memorable moments, including some hilarious movie spoofs from host Tiffany Haddish and several surprisingly touching speeches. Here’s a look at the best moments from the show. 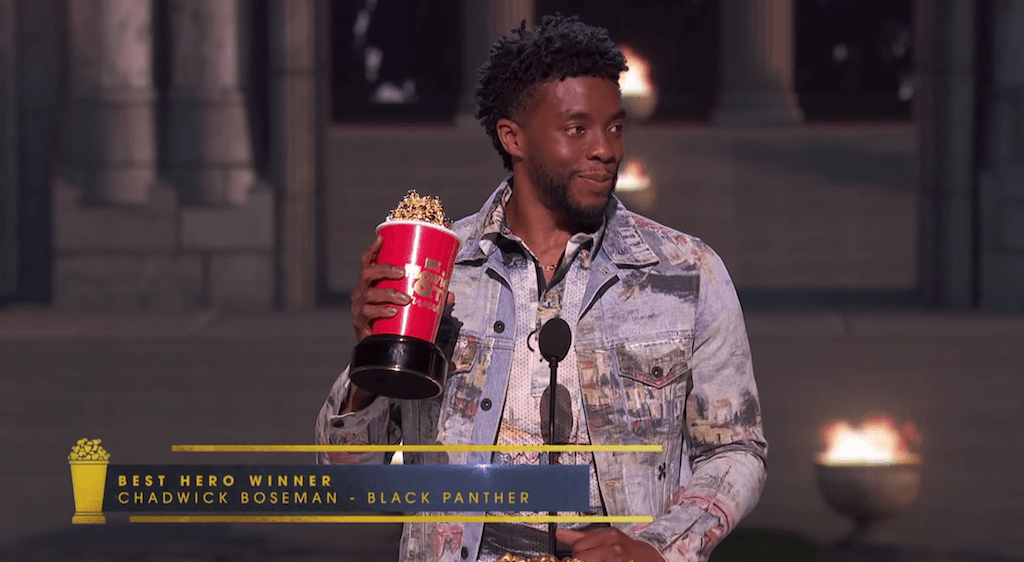 Marvel star Chadwick Boseman won in the category of Best Hero for his performance in Black Panther. But after getting up on stage, Boseman said that he wanted to honor a real-life hero.

Boseman then asked James Shaw Jr., who was seated in the audience, to stand. He’s the man who saved lives back in April after disarming a gunman during a shooting at a Waffle House. After inviting him up on stage, the Black Panther star announced that he would be giving Shaw the award.

“This is going to live at your house,” Boseman told Shaw.

The actor started off his speech with a zinger, saying, “I’m shocked that I won this award for Best Villain. I thought for sure Roseanne had that in the bag.”

After thanking the fans on a more serious note, Jordan asked them to please stop asking Boseman to say “Wakanda Forever” when they meet him. 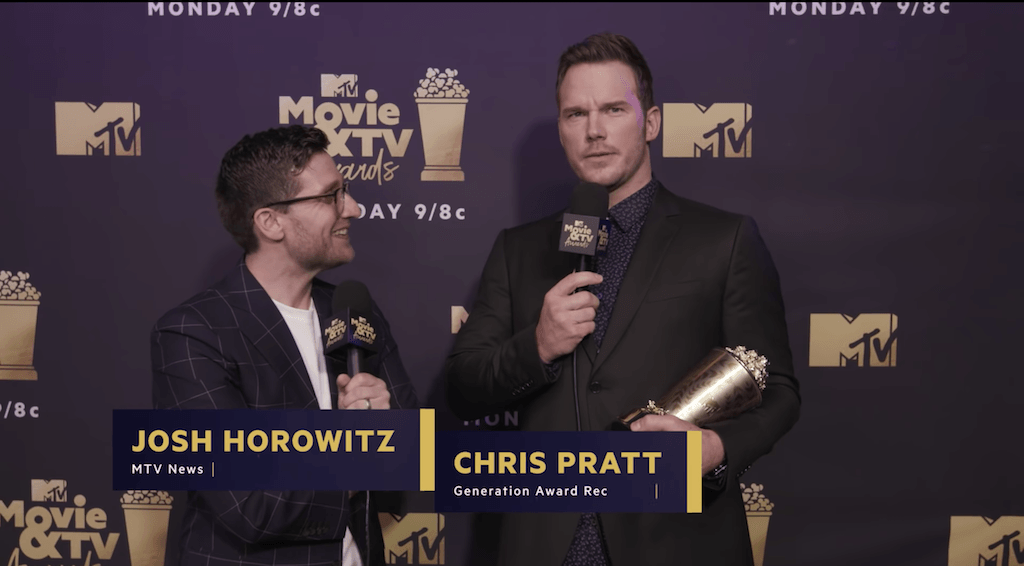 Chris Pratt with the Generation Award | MTV via YouTube

Actor Chris Pratt gave a memorable speech as well while accepting the MTV Generation Award. Pratt decided to speak directly to the next generation and offer them nine rules, some of which were serious and some of which very much weren’t.

The most noteworthy was Pratt’s sixth rule, which was, “God is real. God loves you. God wants the best for you. Believe that. I do.”

Pratt also implored the audience, “Learn to pray. It’s easy and it’s so good for your soul.”

Just a few days ago, Millie Bobby Brown left Twitter after a meme falsely depicting her as homophobic spread. So it was no coincidence that when the Stranger Things star accepted the award for Best Performance in a Show, she decried bullies.

“Since I know there are many young people watching this — and even for the adults, too — they could probably use the reminder that I was taught: if you don’t have anything nice to say, just don’t say it,” Brown said. “There should be no space in this world for bullying, and I’m not going to tolerate it, and neither should any of you. If you need a reminder of how worthy you are and to rise above the hate, message me on Instagram.”

This wasn’t the first time Brown being bullied off Twitter was discussed at the show. On the red carpet, Brown’s co-star Noah Schnapp came to her defense, saying, “I feel really bad for her. I think it was a smart move by her. People are just insensitive.” 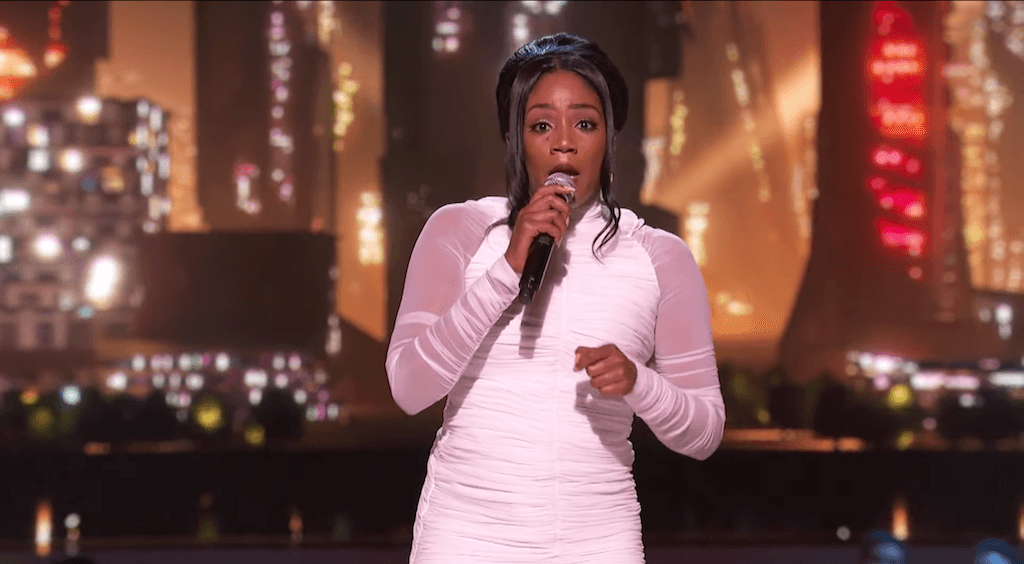 Tiffany Haddish slayed with her monologue. | MTV via YouTube

In addition, Haddish also made the audience laugh with some movie spoofs throughout the show, splicing herself into scenes from Black Panther and Star Wars: The Last Jedi.

Master of None‘s Lena Waithe took home the MTV Trailblazer Award. During her acceptance speech, she honored the LGBT trailblazers who came before her. In particular, she shouted out the individuals featured in the documentary Paris Is Burning, which focuses on drag balls in Harlem during the 1980s.

Waithe wasn’t the only person celebrating Pride Month at the show. The award for Best Kiss also went to Nick Robinson and Keiynan Lonsdale from Love, Simon. 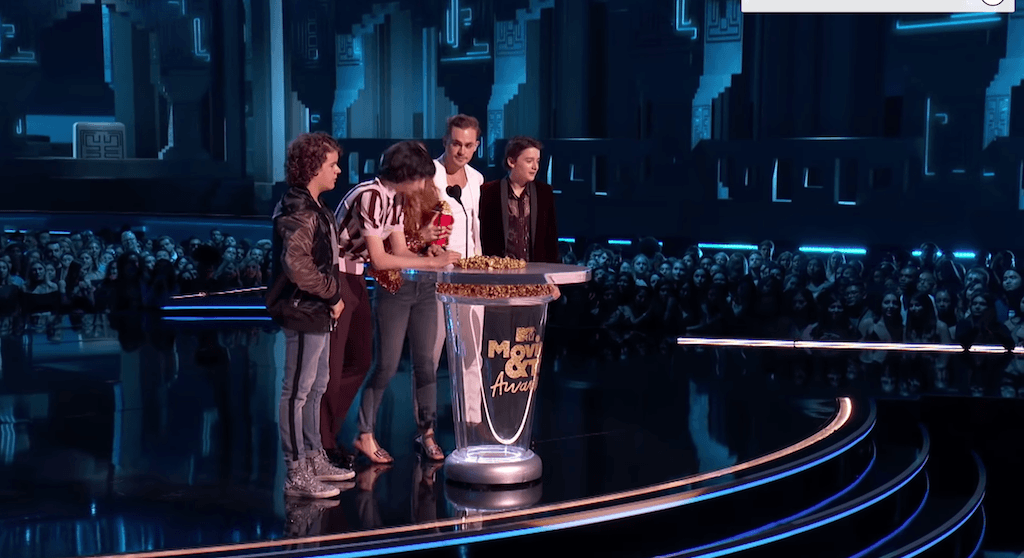 The cast of Stranger Things accepts the award for Best Show. | MTV via YouTube

The top television award of the night went to Stranger Things, with the Netflix original series being named Best Show. It won over Riverdale, 13 Reasons Why, Game of Thrones, and Grown-ish.

“Being a part of Stranger Things is one of the most incredible experiences, and we can’t wait to take this [award] back and share it with the rest of our team,” Sadie Sink said.

Noah Schnapp also took home the award for Most Frightened Performance, and the scene of Mike and Eleven dancing at the Snowball won Best Musical Moment.

During the speech, Jordan said that it was incredible to make a movie as successful as Black Panther considering the stereotype used to be that people of color couldn’t attract audiences to the theater.

At the same time, Jordan also noted that Black Panther is “not just for people of color. It’s universal. It’s for everybody.”