22 Shows Likely to Avoid Getting Axed

Though it’s still too early in the season for every network to reveal which series will continue airing and which will get axed, a show’s total viewership and performance in key demographics are good indicators of its shot at renewal. TV By the Numbers’ Renew/Cancel Index takes these factors into account to predict which shows are probably safe from cancellation. According to the report, here are 22 broadcast network shows that will likely get another season. Note: The CW is not included, as it’s already renewed its lineup. 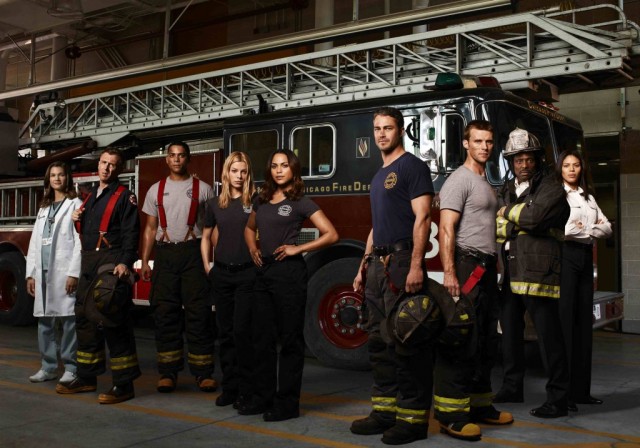 The network’s fantasy series, which follows Nick Burkhardt (David Giuntoli) as he continues to fight to keep humanity safe from the supernatural creatures of the world, is currently in its fourth season and has managed to bring in relatively steady ratings, with a 1.30 in the all-important 18-to-49 demographic and around 5 million viewers tuning in to recent episodes. With those numbers (which are only slightly down from last season), the show is pretty much guaranteed for renewal.

The long-running police procedural, which is currently in its 16th season, continues to prove itself a powerful franchise. Years later, the crime drama remains popular, with recent installments drawing in 6.7 million viewers. With a continually strong performance on its part, a 17th season seems like a sure thing.

The Chicago Fire spinoff, which debuted last season, ended up becoming the network’s fifth-highest-rated scripted series of the season. Now in its second season, the show’s ratings have seen more fluctuation, but still remain strong — particularly after a crossover arc with Law & Order: SVU and Chicago Fire in November. So far, this season has held a 1.60 average in the 18-to-49 demo and drawn an average of 7.2 million viewers, making it a shoo-in for a third season.

Chicago Fire — which follows the lives and work of the firefighters, rescue squad, and paramedics of Chicago Firehouse 51 — has struggled with mediocre ratings in the past. But after the network moved it to air after The Voice, the show was one of a few broadcast series to go up in the ratings year-to-year. With a 1.95 in the 18-to-49 demo and an average of 7.6 million viewers this season, a fourth season for this show also seems likely.

The crime drama, which stars James Spader as Raymond Reddington and Megan Boone as FBI Agent Elizabeth Keen, was NBC’s breakout hit of 2013-2014, averaging nearly 15 million viewers. It continues to be the highest-rated scripted program on the network, which is why it’s no surprise NBC chose it to air in the coveted post-Super Bowl time slot this year. With Parenthood ending this month, The Blacklist will be moved to Thursday, when it’ll go up against ABC’s heavy-hitter Scandal. With such a strong fan base, The Blacklist is considered very likely for another season.

The Mindy Project, which stars Mindy Kaling as a talented obstetrician balancing her professional and personal life, is currently in its third season and has been struggling with ratings all season. Despite this, Fox increased its order to 21 episodes last November. Why? According to the network, The Mindy Project gets significant multi-platform and DVR gains, and is particularly popular with women ages 18 to 34. Since 2007, every show that gets at least 66 episodes through three seasons will get a fourth, due to syndication economics, according to TV By the Numbers. With The Mindy Project now at 67 episodes, a fourth season is probable.

Now in its second season, the supernatural drama has been struggling with low ratings for quite some time. But while ratings have dropped this year, the show’s fall ratings were still above the Fox average. Depending on how it performs this spring, Sleepy Hollow seems more likely for renewal than not, but it isn’t a sure thing.

Like Sleepy Hollow, the Zooey Deschanel comedy has dropped in ratings in recent seasons, but not as much as some of Fox’s other shows. Now halfway through its fourth season, the sitcom holds an average 1.40 in the 18-to-49 demo and around 2.85 million viewers. While that’s notably less than last season’s 2.1 rating and 4.31 million average total viewers, the show is still more likely to be renewed than cancelled.

The animated comedy has become a staple on the network, and is one of the best-known television cartoons of all time. Though the series (now in its 12th season) no longer brings in the same viewership it once did, this fall’s season opener (a crossover with The Simpsons) resulted in a 74% ratings increase over last year’s premiere and gave the animated show its highest 18-to-49 ratings in nearly four years. With such a long history behind it, the show is certain to be renewed for another season. 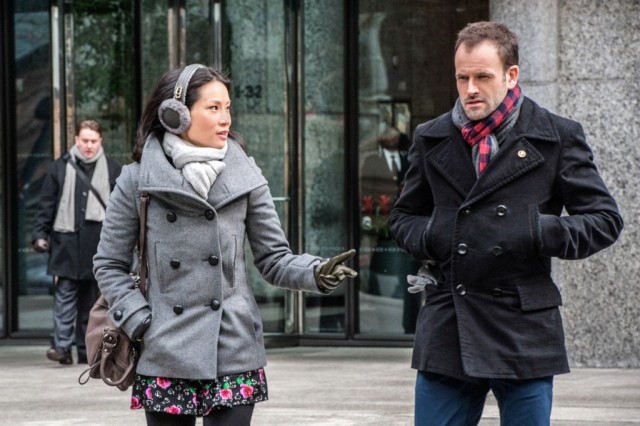 Now in the third season, it seems likely that this detective drama will be able to nab a fourth season — if only because doing so will give the series enough episodes for a syndication package. Though ratings have fallen quite a bit since the show’s debut, this season has still managed to bring in an average of 7.32 million viewers so far.

The sitcom, starring Billy Gardell and Melissa McCarthy as the eponymous couple, is now in its fifth season and continues to perform well for the network. Recent episodes (paired with The Big Bang Theory) have helped CBS lead the 8 to 9 p.m. hour block, with a 2.1 key demo rating. With strong viewership, the show is considered a guarantee for renewal.

The police procedural has proven itself to be surprisingly popular still, even though it’s now in its 10th season. The series has continued to draw solid ratings, with its fall premiere earning 11.7 million viewers and a 2.7 in the key demo. Though viewership has seen a slight dip since then, with the latest installment earning approximately 10.2 million viewers and a 2.0 key demo rating, the series should have no problems continuing its run.

2 Broke Girls — following the independent, street-smart Max Black (Kat Dennings) and the formerly wealthy Caroline Channing (Beth Behrs) — is now in its fourth season. The series has seen decreasing ratings over the past couple of seasons, and with four full seasons under its belt by this spring, it doesn’t need any more episodes for syndication. While viewership may not be as high as it once was, the comedy has still managed to earn a 2.1 key demo rating and an average of 8 million viewers this season, which makes it a strong contender for renewal.

The Chuck Lorre sitcom, starring Allison Janney and Anna Faris as Janney’s as a mom-and-daughter duo of recovering alcoholics, got off to a strong start in its second season. The October premiere drew in 11.13 million viewers (up from 7.9 million viewers in its first season premiere). Since then, Mom has continued to show better retention than previous post-Big Bang Theory comedies, hitting series highs in recent episodes with a 2.8 key demo rating and 12.3 million overall. With those ratings, a third season is all but certain.

The police drama, which remained the most popular U.S. drama for the fifth straight season last year, has continued its reign, even though it’s now in its 12th season. The show has remained the No. 1 watched broadcast TV show in recent weeks, adding to CBS’s already strong slate, which includes Scorpion and The Big Bang Theory. Still a force to be reckoned with years after its debut, the series is a sure thing for renewal.

The comedy, now in its sixth season, is a strong contender for renewal, having recently tied its season high with a 2.2 in the 18-to-49 demo with its winter finale. Though the show isn’t as high profile as the network’s other family-themed sitcom, Modern Family, this season has drawn in a solid average of 7.67 million viewers, making a seventh season very likely.

The sophomore family comedy is performing well in its 8:30 p.m. slot, regularly building on its The Middle lead-in. The series has continued to pace ahead of its year-ago benchmarks in the 18-to-49 demo and has earned an average of 7.21 million viewers so far this season, giving it a good shot at renewal.

The family sitcom, which has earned the network countless awards, remains ABC’s flagship comedy. Though the show experienced a series low in its current season (the sixth), its winter finale was a top-rated show among the key demo (with a 3.1 score) and the second-most watched series after time-slot rival Criminal Minds (with 9.68 million tuning in). Still a strong performer for the network, the comedy is a sure bet for renewal.

Fans of the country music drama bombarded ABC for a third season, which the series eventually received. It seems the show won’t have to work quite as hard for a next season, despite less-than-stellar ratings. With 65 episodes under its belt by the end of this season, the series will likely get renewed only for syndication purposes — meaning viewers should expect to see plenty more of Connie Britton and Hayden Panettiere as Nashville’s country queens.

The fairy-tale drama, now in its fourth season, slipped to a series low in mid-December with its winter finale. Still, as the network has pointed out, the show went up 13% on average this season from the same point last year. That means odds are on for renewal.

21. How to Get Away With Murder

The Shonda Rhimes mystery thriller quickly became one of the most successful shows of the new season and continues to hold its own in subsequent weeks, with the midseason finale earning a 3.1 in the 18-to-49 demo and 9.8 million total viewers. ABC has already given the drama a show of confidence by picking it up for a full season, taking its first season episode total from 13 to 15. That is likely to continue into a renewal for a second season.

Now in its fourth season, Scandal opened to a series-high 3.8 rating in the 18-to-49 demo and 11.96 million viewers in its September premiere and matched How to Get Away with Murder’s ratings in its winter finale. The show continues to help ABC dominate Thursdays as part of the network’s Shondaland TGIT block, making its chances for renewal very good.