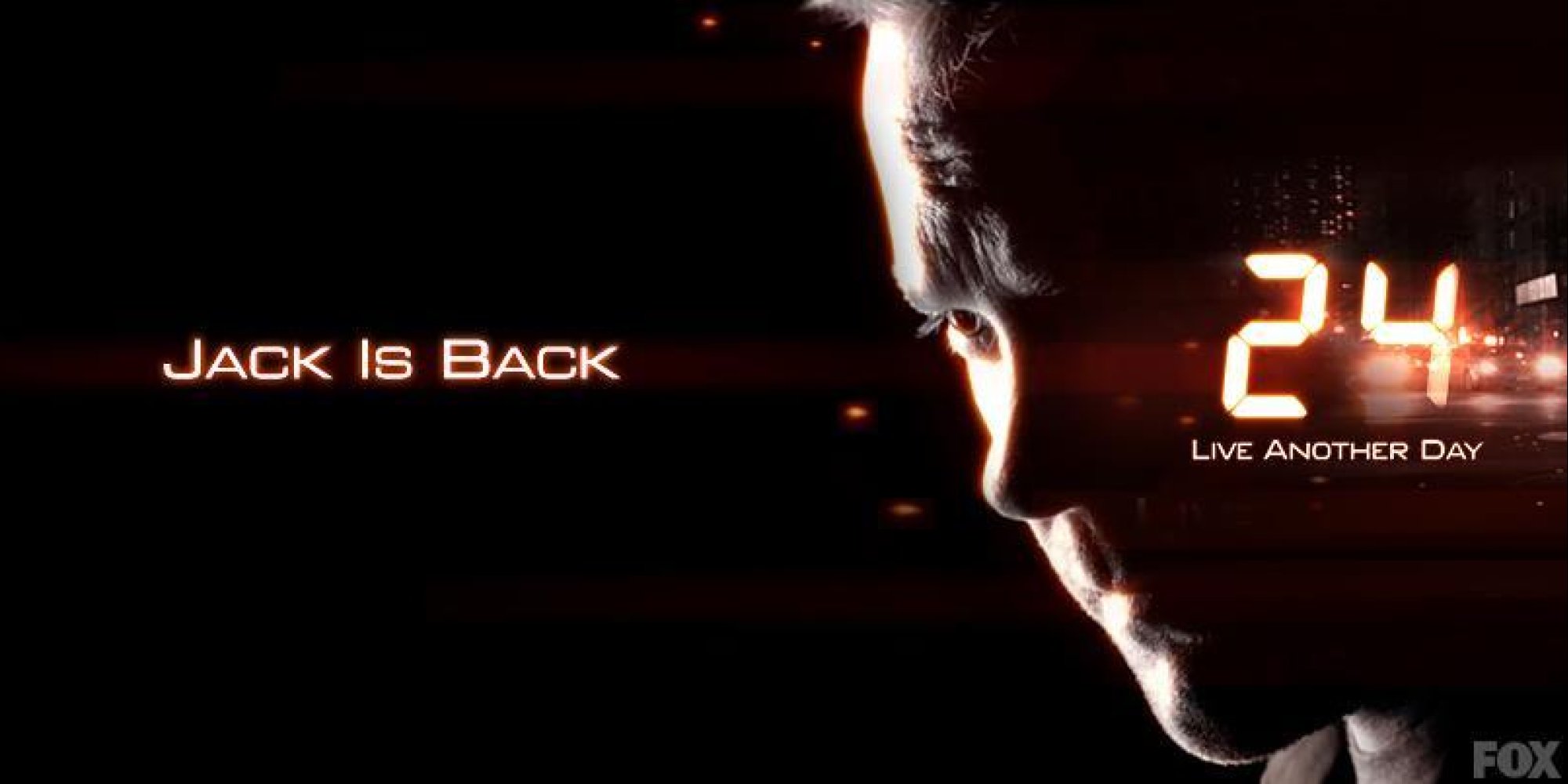 Jack Bauer is back and ready to save the world single-handedly, one hour at a time. Again.

The dogged Kiefer Sutherland — whose career playing bad boys continues to act as an interesting, stark contrast to that of his father, Donald Sutherland, who always plays the sensitive guy – must have realized that he’s forever going to be remembered as the guy who always saves the country in one day, because after some failed attempts at distancing himself from the role with which he’s become synonymous, he’s back, and, as Matt Zoller Seitz so keenly puts it, trusting no one, as usual. “This long-delayed, 12-episode revival of Fox’s action hit is, like every other season of 24, obsessed with plot, plot, plot, plot, plot. If I even tell you who’s in the damn thing, I’m ruining something,” he wrote. (Zoller Seitz gave the show a fairly positive review.)

24′s abridged season — it’s been cut in half, from 24 episodes to 12, which is odd, given the 24-hour gimmick – has been pretty well received so far, with the usual complaints (the show never changes) and praises (the show never changes because it works) populating early reviews. Fox News absolutely adores the show, but the show airs on Fox, so that makes sense.

The bread and butter of 24 has always been Sutherland as Jack, as well as the supporting cast of characters who serve one of two purposes: help Jack or get destroyed by Jack. As Zack Handlen of the A.V. Club puts it: “We find out soon enough. 24, for all its pulpy twists, has always been a show that’s relied on a handful of basic character archetypes and structural ideas.”

The many positive reviews reflect a certain self-awareness that are essential for watching 24: Knowing that 24 is pulpy and silly and follows an unwavering template is essential to enjoying the show. Trying to criticize the show for the very things that make it fun would be like criticizing The X-Files for not being a realistic portrayal of the FBI.

Because the show has a very clearly defined template, a tight-rope balancing act is required to pull it off. Being too faithful to the old show will be boring, while detouring too far will ostracize fans. In this regard, 24: Live Another Day sometimes struggles, according to the A.V. Club’s Todd VanDerWerff: “It’s that rigid adherence to what the original 24 was that ultimately hurts 24: Live Another Day the most. The more the story sprawls away from Jack and Chloe, the more it becomes easy to let the mind wander.”

Jack is also one of the most bizarrely heroic anti-heroes on television. Whereas Walter White veered in the realm of despicability by Season 5, Jack is continually portrayed as being unabashedly good, which may help explain his long-term appeal. (Another Zoller Seitz zinger: “He’s also as confounding a lead as anyone on the tonier cable dramas. That 24 defines him as a good guy even when he’s jabbing pencils in people’s necks or kneecapping the wives of tight-lipped officials to force them to talk makes the show a more volatile and complicated viewing experience than most action series, or action films.”)

Brian Tallerico of RogerEbert.com puts it best: “Jack Bauer may have appeared on the pop culture scene as the man we needed to be a hero but he’s transcended that to reach mythological proportions.”