3 Scary Movies Based on True Stories

With Halloween right around the corner, there’s no better time to curl up on the couch and watch a classic horror movie. It’s easy to get caught up in creepy tales about ghosts, demons, aliens, and other paranormal phenomena, but most of the time, you can always remind yourself it’s not real. Except when it is. These three films are all based on real-life events — terrifying moments in time when awful things happened to seemingly normal people. 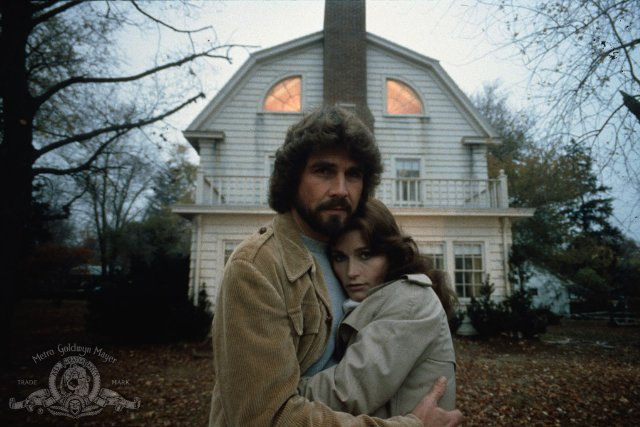 In 1974, Ronald DeFeo Jr. shot and killed his parents and four siblings. Thirteen months later, the Lutz family moved into the large, beautiful Long Island home the DeFeos had inhabited. Just 28 days later, they moved out of the house after being overwhelmed by terrifying, inexplicable paranormal events, including swarms of flies, cold drafts, putrid odors, phantom noises, and violent possessions.

Director Stuart Rosenberg adapted Jay Anson’s 1977 book, The Amityville Horror, into a frightening film that chronicles the Lutz family’s time at 112 Ocean Ave. The film, like the book that preceded it, was heavily marketed as being based on a true story, one of the factors that ultimately led to its box office success.

This terrifying story of a house haunted by evil spirits shares more in common with The Amityville Horror than its subject matter. Both were inspired by reports from real-life paranormal investigators Ed and Lorraine Warren, who visited both the Amityville house and Rhode Island farmhouse where this film’s events takes place.

In James Wan’s The Conjuring, the Warrens are summoned by the Perrons, a frightened family that share space with some incredibly malicious spirits. They experience a range of horrifying events that culminate when one of the family members is possessed and must be exorcised. The scenes, which include people being dragged through rooms by unseen forces and chill-inducing specters, are scary enough on their own. Knowing that the Warrens and Perrons allegedly lived this harrowing series of events is enough to keep you up at night.

In 1975, Anneliese Michel, a young German woman, died after receiving a Catholic exorcism. Both her parents and the priest that oversaw the rites were put on trial for her death. This gruesome story was the basis for Scott Derrickson’s courtroom horror film, The Exorcism of Emily Rose.

Set in the present-day United States, the film follows a young college student as she experiences exponentially disturbing symptoms, including seizures and horrific hallucinations. Emily Rose becomes convinced that she’d been possessed by an evil spirit and returns home to get help from her parents and a trusted priest. Despite their best efforts, she dies during the exorcism.

The priest argues it was due to the injuries inflicted by the spirit that possessed her. The hotshot prosecutor enlisted to help bring the priest to justice argues it was due to malnourishment and neglect. In the end, she, too, must grapple with the reality of good and evil in the world, and — much like the viewer — decide what she believes to be true.