Netflix is adding a new batch of movies and TV shows throughout the coming month. Here are 31 new titles hitting the streaming service in March. 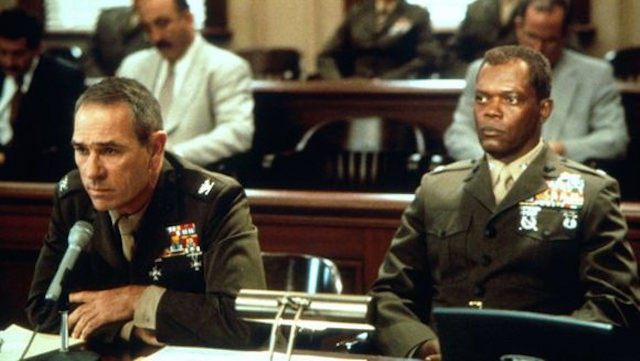 The 2002 film follows Pierce Brosnan as devastated father Desmond, who is left to care for young Evelyn Doyle (Sophie Vavasseur) and her brothers on his own after their mother abandons the family. But because Irish laws forbid children to be raised in a home without two parents, Evelyn and her brothers are sent to separate orphanages and Desmond — who is struggling with unemployment and alcohol abuse — must challenge the Irish courts to bring his children home.

Samuel L. Jackson stars in this 2000 war drama as Col. Terry Childers, a 30-year decorated Marine veteran. After a rescue mission goes terribly wrong, the country Childers has served so well puts him on trial. He turns to Marine Col. Hays Hodges (Tommy Lee Jones), a comrade-in-arms who owes his life to Childers, to act as his attorney.

3. The Angriest Man in Brooklyn (March 9)

This 2013 comedy drama stars Robin Williams as a perpetually unhappy man who struggles to come to terms with his fate and make amends with everyone he has ever hurt after learning that a brain aneurysm will kill him in about 90 minutes.

Tyler Perry’s 2014 comedy drama follows five single mothers who agree to organize the school’s upcoming dance and fundraiser after learning their children face expulsion because of rule infraction. Though they all come from widely different homes, the women find they have one thing in common: a need for support and an understanding ear.

The 2014 crime drama stars Wes Bentley as a suburban father and husband who embraces a life of crime in order to support his family after losing his job as an insurance adjuster. Vinessa Shaw and Hayley Bennett co-star.

Hilary Swank, Emmy Rossum, and Josh Duhamel star in this 2014 drama, which follows a classical pianist with a rocky marriage who has been diagnosed with ALS. When she hires a brash college student to act as her caregiver, the two end up forming a life-changing bond.

The film stars Britt Robertson as the wild, funny, and lost Katie Kampenfelt, who takes a year off before college to find herself. She chronicles her adventures on an anonymous blog, but eventually, Katie’s exposing narrative begins to crack and dark pieces of her past emerge. Justin Long and Martin Sheen co-star. Nia Long, Amy Smart, Cocoa Brown, and Terry Crew star. 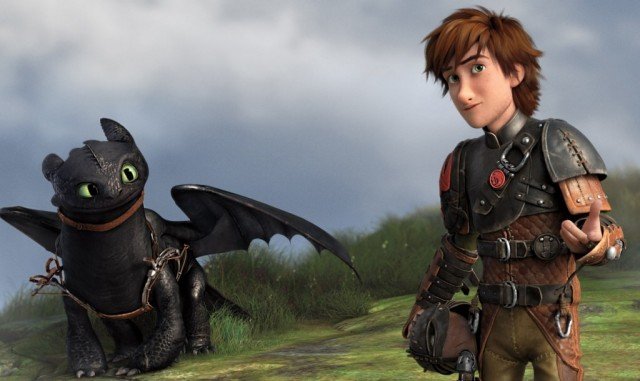 The 2005 adventure fantasy film stars Matt Damon and Heather as the brothers Grimm, Wilhelm and Jacob, two schemers who go from town to town putting on shows that convince inhabitants they are getting rid of demons. After one such scam, a mysterious man called Cavaldi (Peter Stormare) brings them to a French general, who persuades them to battle an evil kidnapper who has taken 10 girls from a small village. During their investigation, Wilhelm and Jacob see things that suggest real magic is at work.

The 1989 fantasy teen comedy stars Robyn Lively as high-school nerd Louise Miller, who learns from psychic Madame Serena (Zelda Rubinstein) that she’s possessed with magical abilities that will begin working on her 16th birthday. When the prophecy proves true, the teenager uses her new powers to get what she’s always desired: popularity. But she soon learns that getting what you want isn’t always all it’s cracked up to be.

The animated action fantasy film takes place five years after Hiccup and Toothless have united the dragons and Vikings of Berk. Now, they spend their time exploring the island. During one of their adventures, the pair discover a secret cave that houses hundreds of wild dragons — and a mysterious dragon rider who turns out to be Hiccup’s long-lost mother, Valka (Cate Blanchett). Hiccup and Toothless then find themselves at the center of a battle to protect Berk from a power-hungry warrior named Drago. Jay Barruchel, America Ferrera, and Gerard Butler lend their voices to the kid-friendly flick.

Pierce Brosnan stars in this 2014 action thriller as CIA veteran Peter Devereaux, who is pulled back into service five years after retirement to help retrieve a Russian agent — also his former lover –with incriminating evidence on Federov, a corrupt Russian leader. When a different CIA team led by Devereaux’s former protege (Luke Bracey) shows up, the mission goes south and Devereaux’s ex-lover is killed. Now a rogue agent, Devereaux drags a relief worker (Olga Kurylenko) along on his mission to settle the score.

The martial arts flick follows a band of warriors, assassins, and a rogue British soldier as they descend upon a village in feudal China on the hunt for a fabled treasure of gold. A humble blacksmith ends up having to defend both himself and his fellow villagers.

The 1998 semi-biographical comedy-drama stars Robin Williams as Hunter “Patch” Adams, who decides he wants to become a doctor after struggling with depression in a mental hospital. After getting disillusioned by medical school’s clinical perspective on patient care, he opens his own medical clinic for those without insurance and forms a deep bond with fellow medical student Carin Fisher (Monica Potter). But a tragedy soon causes Adams to re-evaluate his approach.

The 2004 semi-biographical film follows the story of playwright J.M. Barrie and his friendship with a family that inspired him to create Peter Pan. Johnny Depp stars as Barrie, while Kate Winslet plays Sylvia Llewelyn Davies, a widow and mother of four young sons who give the writer the idea of boys who do not want to grow up.

The 2014 biopic stars Michael Peña as American labor leader Cesar Chávez as he forms a labor union known as the United Farm Workers (UFW). John Malkovich co-stars as the owner of a large industrial grape farm who leads the (sometimes violent) opposition to Chávez’s organizing efforts. The film touches on several major nonviolent campaigns by the UFW, including the Delano grape strike, the Salad Bowl strike, and the 1975 Modesto march.

The 2010 film tells the true tale of a 1970s Los Angeles go-go dancer named Frankie who has dissociative identity disorder. Halle Berry stars as Frankie, who struggles to overcome two alternate personalities: Genius, a 7-year-old child, and Alice, a Southern white racist woman. With the help of her psychiatrist, Frankie strives to live a life close to normal. 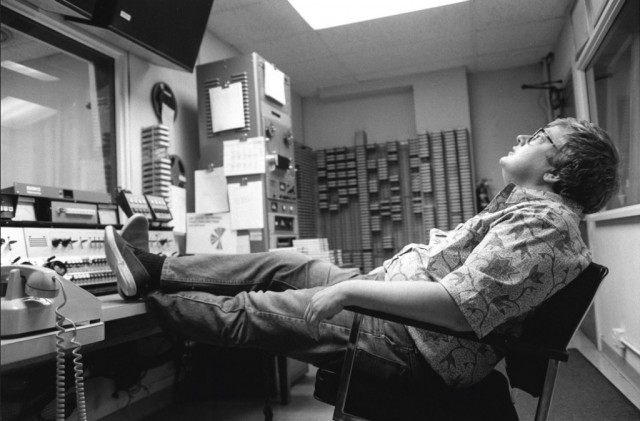 This episode of ESPN’s documentary series takes look at the Soviet side of the 1980 Olympic hockey tournament, often known as the “Miracle on Ice” in the United States. The installment examines how it felt for one of the most accomplished amateur teams in history to lose to the underdog Americans at the height of the Cold War.

The 2014 documentary examines the less-than-favorable working conditions of migrant farmworkers in Immokalee, Fla., and follows as members of the Coalition of Immokalee Workers (CIW) fight to raise awareness and improve their circumstances.

This 2014 release centers on 40-year-old documentary filmmaker David Sampliner as he discovers he’s going to be a father. Feeling insecure about his manhood, he sets off on a journey to find out what being a man really means.

The 2014 collaboration between Marvel and ESPN Films explores the connections between Marvel’s mightiest superheroes and the world’s greatest athletes while attempting to answer the age-old question of nature versus nurture: Are top athletes born or created? The domuntary, which features some of the world’s most successful athletes, mixes the nonfiction style of ESPN Films with classic Marvel comic book art, design, and animation.

Based on Roger Ebert’s 2011 memoir of the same name, this 2014 biographical documentary chronicles the life of the famed film critic, including his career highlights, battle with alcohol, and sometimes ruthless rivalry with fellow critic Gene Siskel. 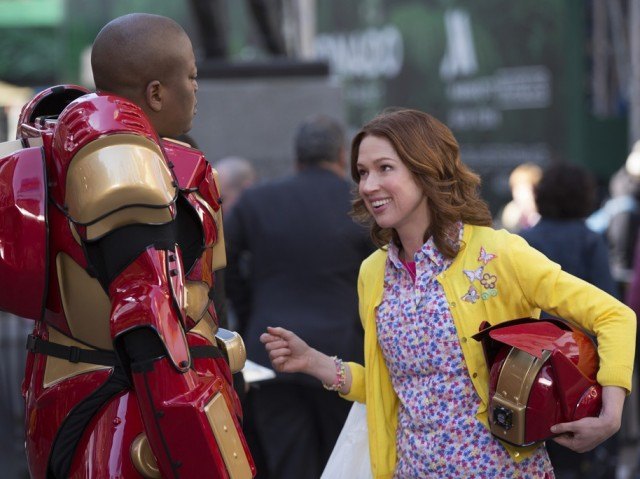 The Tina Fey-produced comedy, starring Ellie Kemper, chronicles the story of a woman who escapes from a doomsday cult and starts life over in New York. All 13 episodes of the half-hour series, written and co-executive produced by Fey and 30 Rock’s Robert Carlock, will become available for streaming. The comedy has already been preemptively renewed for a second season.

The comedian and actor’s latest live stand-up show, held at one of New York’s most iconic venues, airs exclusively on Netflix.

Kyle Chandler stars in this 13-episode dramatic thriller created by Todd A. Kessler, Daniel Zelman, and Glenn Kessler (the same team behind FX’s Glenn Close drama Damages). The show centers on the Rayburns, a close-knit, hardworking family of four adult siblings who live in a Florida Keys community. Their relationships with each other are put to the test when the black sheep brother comes home and threatens to expose the respected family’s dark secrets and shameful past.

Season 5 of the animated series, starring H. Jon Benjamin, Judy Greer, and Aisha Tyler, again follows the highly trained employees at an international spy agency as they use global crises as opportunities to confuse, undermine, betray, and royally screw each other.

Season 5 of Fox’s musical series, starring Lea Michele, Jane Lynch, and Matthew Morrison, among others, follows the New Directions glee club at the fictional William McKinley High School (WMHS) in the town of Lima, Ohio, and graduates of McKinley who have moved to New York City, some to attend the fictional New York Academy of Dramatic Arts (NYADA).

The complete series of the comedy, which ran from 1996 to 2001, will become available for streaming. Starring John Lithgow, Jane Curtin, and Joseph Gordon-Levitt, the show follows a group of aliens who are sent to Earth disguised as a human family to experience and report life on the third planet from the sun.

Starring Lisa Bonet, Kadeem Hardison, and Jasmine Guy, the sitcom follows a group of students at a historically black university as its members struggle to make it through college. All six seasons of the series, which ran from 1987 to 1993, will arrive on Netflix.

The first half of the seventh and final season of AMC’s beloved period drama is titled “The Beginning.” It begins in January 1969, several weeks after the Thanksgiving 1968 ending of Season 6, and ends in July 1969 with characters facing the dynamics of lives and offices being split between New York and Los Angeles.

Starring Riki Lindhome and Kate Micucci, the first season of this 2014 series follows real-life musical comedy duo and best friends Garfunkel and Oates as they pursue success, in a fictional version of their lives.

The first season of this 2014 series, starring Jamie Bell, Timothy Brooks, and Daniel Henshall, follows New York farmer Abe Woodhull, who bands together with a group of childhood friends to form the Culper Ring, an unlikely group of spies who turn the tide in America’s fight for independence.