New on Netflix: 34 Movies and TV Shows Hitting This Month 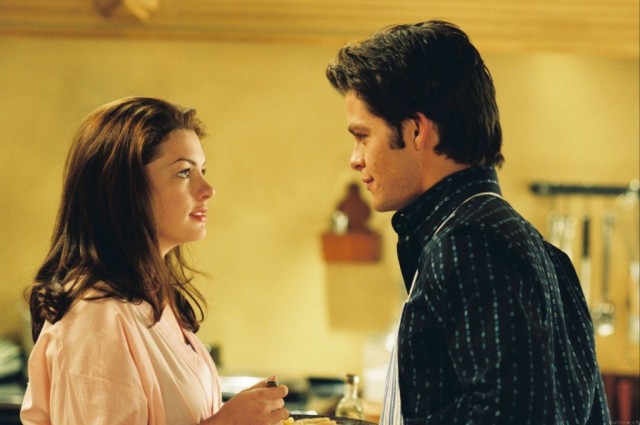 The Princess Diaries 2: Royal Engagement, Available Now
Anne Hathaway reprises her role as teen Mia Thermopolis, the newly crowned princess of the tiny European country of Genovia. As Mia continues to undergo grooming to become the nation’s future ruler, she learns there may also be an arranged marriage in her future if she doesn’t find a husband soon.

Fading Gigolo, November 5
The 2013 comedy stars John Turtorro, Woody Allen, Sharon Stone, and Sofia Vergara. The movie follows middle-aged Fioravante and Murray as an unlikely gigolo and pimp in this farce about two cash-strapped friends who turn to the sex trade to make ends meet. Their new enterprise is profitable, but things take a complicated turn when actual romance enters the picture.

Quartet, November 11
The British comedy-drama follows a trio of retired opera singers at their annual celebration of Verdi’s birthday. But the celebration sours when their estranged fourth member shows up but refuses to sing. Drama erupts and the group has to attempt to tackle personal problems in order to make the show go on.

The Grand Seduction, November 30
Based on a 2003 French-Canadian film, this 2013 comedy takes place in the cash-strapped burg of Tickle Cove, which must persuade a doctor to move to town in order to get a plastics manufacturer to build a new factory there. But convincing the young professional to move to the tiny Newfoundland village isn’t easy. 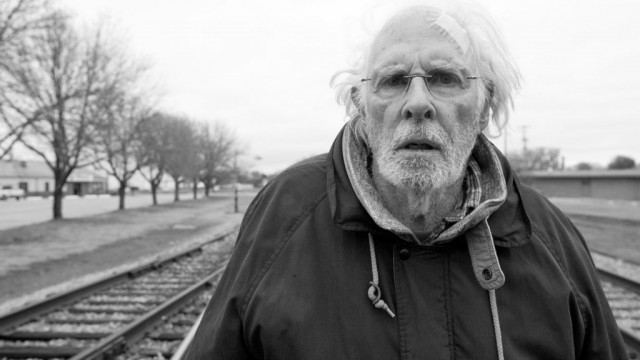 Louder Than Words, November 8
After dealing with the unexpected death of their daughter, couple Stephanie and John Fareri decide to honor her memory by working to build a state-of-the-art children’s hospital where families can kick off the healing process.

Nebraska, November 8
When a crabby old boozer thinks he’s won a magazine sweepstakes prize, his son reluctantly agrees to go on a road trip with him to claim the fortune. As they drive from Montana to Nebraska, they stop to visit different friends and relatives whom the dad owes money to.

Dream House, November 16
Following a release from a mental hospital after his wife and two daughters are brutally murdered in their home, Peter Ward (Daniel Craig) returns to the now-abandoned house and begins to live there. In his mind however, he thinks his name is Will and his family is still alive. The movie also stars Rachel Weisz and Naomi Watts.

Ida, November 22
The 2013 drama is set in 1960s Poland and follows Anna, an orphan and aspiring young nun, who is told she must visit her family before saying her vows. She travels to meet her aunt, Wanda, a heavy-drinking judge and former prosecutor, who reveals some inconvenient truths about Anna’s heritage.

Snowpiercer, November 22
The sci-fi action film is based on a French graphic novel and set in a new ice age. It follows Earth’s remaining inhabitants as they are confined to a single train circling the globe as revolution brews among the class-divided cars. The thriller stars a top-notch ensemble cast that includes Chris Evans, Tilda Swinton, and Octavia Spencer.

War Story, November 25
The drama follows the story of war photographer, Lee, who goes to Sicily instead of back home to New York after being held hostage in Libya. In the new city, she crosses paths with her former lover and mentor Albert and tries to help a young Tunisian migrant escape to France.

The One I Love, November 29
The romantic dramedy stars Mark Duplass and Elizabeth Moss as couple Ethan and Sophie, who take off for a weekend together in an effort to confront the potential end of their marriage. When they reach their idyllic destination, however, the couple finds a bizarre, entirely unexpected new kind of trouble. 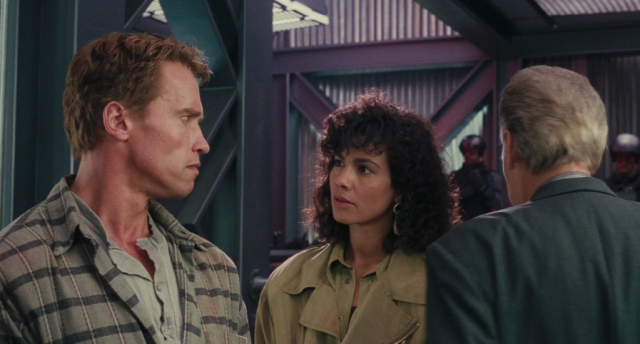 Total Recall, Available Now
Paul Verhoeven’s adaptation of a Phillip K. Dick sci-fi story stars Arnold Schwarzenegger as construction worker Douglas Quaid, who discovers a memory chip in his brain during a virtual reality trip. When the virtual vacation brings up memories of Mars, a series of unexpected and harrowing forces him to go to the planet for real.

The Rocketeer, Available Now
Set in 1938 Los Angeles, this action-adventure movie follows the story of a stunt pilot who comes across an experimental Nazi jetpack that enables him to fly and transforms him into a one-man air force. The pack soon makes him a target for all kinds of FBI agents, mobsters, spies, and millionaire Howard Hughes.

Hell Is for Heroes, Available Now
When a small, weary infantry squad is sent back into battle against a massive German force, unruly ace soldier Reese (Steve McQueen) devises a plot to trick the Nazis into thinking the Allied platoon is a much larger battalion. Renowned action director Don Siegel helms this war film, which stars Bobby Darin, Bob Newhart, and James Coburn.

Sabotage, Available Now
This action-drama tracks a team of elite DEA agents plotting a heist to rob a drug cartel safe house, with Arnold Schwarzenegger starring. While they manage to make off with $10 million, the members soon find themselves being taken down one by one.

Small Town Santa, November 13
On the eve of Christmas Day, Sheriff Rick Langston is already lacking any holiday spirit. But his world is really turned upside down after he arrests a home intruder claiming to be Santa Claus. With the help from a new girl in town, Rick might actually turn over a new leaf and find his festive side.

Happy Christmas, November 23
Anna Kendrick stars as an irresponsible young woman who moves in with her older brother and his wife and kids after splitting up with her boyfriend just before the holidays. Though her family is supportive in her efforts to get out of her rut and move, her self-destructive behavior — like starting a rocky relationship with a baby sitter-pot dealer — keeps getting in the way. 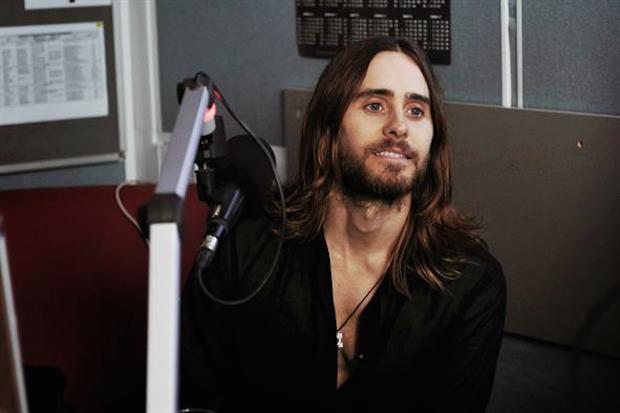 Artifact, Available Now
In addition to being a critically acclaimed actor, Jared Leto has also found success as a musician with his band 30 Seconds to Mars. This documentary follows the band members as they work to create their album “This is War” while also battling recording company EMI in a pivotal lawsuit.

Altman, Available Now
Documentarian Ron Mann creates a well-crafted tribute to the maverick director Robert Altman, whose prolific career encompasses both big Hollywood hits and misses, with some controversy along the way. The story is told through the words of director himself, as well as additional film clips and behind-the-scenes material.

Not Yet Begin the Flight, November 11
After his intense experiences as a pilot in the Vietnam War, retired Marine Eric Hastings turned to fly-fishing in order to help speed along his personal healing process. Hastings now offers the same method of relief to today’s wounded warriors, as captured in this documentary.

La Bare, November 12
Magic Mike actor Joe Manganiello makes his directorial debut with this documentary, which profiles the dancers at a Dallas male strip club. The documentary chronicles the complicated choreography, punishing physical regimens, and stage personas that are demanded of each and every performer.

Running From Crazy, November 25
With their family’s history of mental illness in mind, the daughters of Jack Hemingway — Mariel, Margaux, and Muffet Hemingway — become advocates for suicide prevention and strive to find balance in their lives. 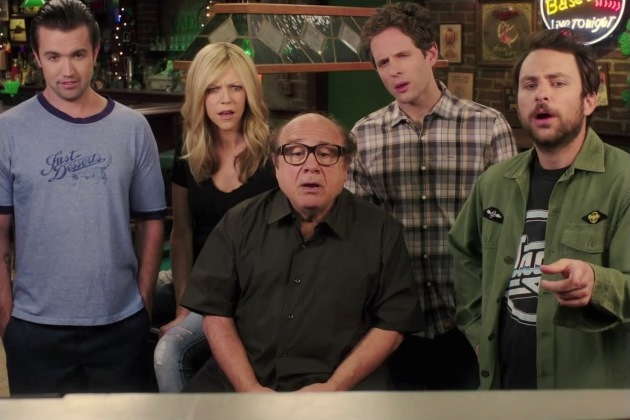 It’s Always Sunny in Philadelphia, Available Now
Charlie, Mac, Dennis, and Dennis’s sister, Dee, are back and continuing to show off their judgmental and juvenile ways in Season 9 of this comedy series.

Bomb Girls, November 26
The third season of this series depicts the dangers a group of women face as they work in a Canadian munitions factory during World War III. The women form strong bonds, despite coming from largely diverse backgrounds.

Helix, November 10
The first season of this show follows a team from the CDC as they investigate a possible outbreak in an Arctic research facility and realize that the outpost contains a new virus that would potentially wipe out the planet.

Doc Martin, November 15
In Season 6 of this British medical sitcom, well-known surgeon Dr. Martin Ellingham abandons his busy London practice after developing a sudden crippling fear of blood. Instead, he sets up shop as a doctor in the more relaxed countryside.

Wolfblood, November 15
Season 2 once again follows 14-year-old Wolfblood teen Maddy as she deals with the secrets that come with her abilities — including heightened speed and strength.

Nikita, November 22
The fourth season again follows the story of one of the most highly skilled assassins on the planet looking to take down The Division, the mysterious corporation that created her. 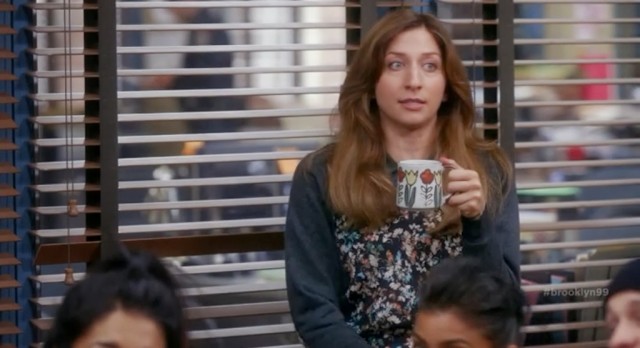 Chelsea Peretti: One of the Greats, November 14
Brooklyn Nine-Nine star Chelsea Peretti showcases her unique, silly, and sometimes dark voice and performance to this comedy special, filmed live at the Palace of Fine Arts in San Francisco. One of the Greats displays Peretti’s dry comedic style and her diverse talents as an actor, standup, and writer.

Doug Benson: Doug Dynasty, November 6
Renowned stoner comic Doug Benson’s absurd, curt style has made him a hit on stages across the country. He brings that same hilariously laconic vibe in this special recorded at Seattle’s Neptune Theater, during which he riffs on everything from old ladies to Twitter.

Virunga, November 7
On a mission to protect the rapidly dying population of Africa’s mountain gorillas, Congolese wildlife officials must face off against outlaw poachers, as well as deal with the effects of fierce opposition between government parties and conservative insurgent groups.

Lilyhammer, November 21
The third season of this Netflix original TV show follows ex-gangster Frank Tagliano after he testifies against the mafia and is forced to enter the witness protection program. After he asks to be sent to Norway, Tagliana finds it hard to stay on the straight and narrow path, despite his calm and peaceful new environment.

Bill Cosby 77, November 27
In celebration of his 77th birthday, Bill Cosby invites fans in to share the festivities and pay homage to several decades of laughs and hilarious insights. In his latest stand-up special, Cosby shares entertaining stories about his childhood, first loves, and the constant ups and downs of parenthood. The show, directed by Robert Townsend, was shot at the San Francisco Jazz Center and captures one of comedy’s best-known faces at the top of his game.