34 New Movies Hitting Netflix in May

Netflix is adding a new batch of movies  to its collection throughout the coming month. Here are 34 of the new titles hitting the streaming service in May.

1. Legally Blonde, May 1
Reese Witherspoon stars as Elle Woods, a blonde sorority queen who gets dumped by her boyfriend and decides to follow him to law school to get him back. Once there, though, she learns she is more legal-savvy than she ever imagined.

2. Legally Blonde 2: Red, White & Blonde, May 1
The comedy sequel features Witherspoon reprising her woods as Woods, this time heading to Washington, D.C., to join the staff of a congresswoman in order to pass a bill to ban animal testing.

4. A Few Best Men, May 5
A groom and his three best men travel to the Australian outback for a wedding. Laura Brent, Xavier Samuel, Kris Marshall, Kevin Bisoph, and Tim Draxl co-star in the comedy.

5. The Longest Week, May 6
The romantic comedy drama follows the affluent and aimless Conrad Valmont, who lives a life of leisure in his parent’s prestigious Manhattan Hotel — that is, until finds himself evicted, disinherited, and in love, all in the span of one week. Jason Bateman and Olivia Wilde co-star.

6. Tyler Perry’s A Madea Christmas, May 8
Madea dispenses her unique form of holiday spirit on a rural town when she’s coaxed into helping a friend pay her daughter a surprise visit in the country for Christmas.

7. First Period, May 16
Brandon Alexander III and Dudley Beene star as new girl Cassie and outcast Maggie, easily two of the most awkward girls in high school. Together, they decide the way to win the hearts of the cute boys and popular girls is to come in first at the school talent show. 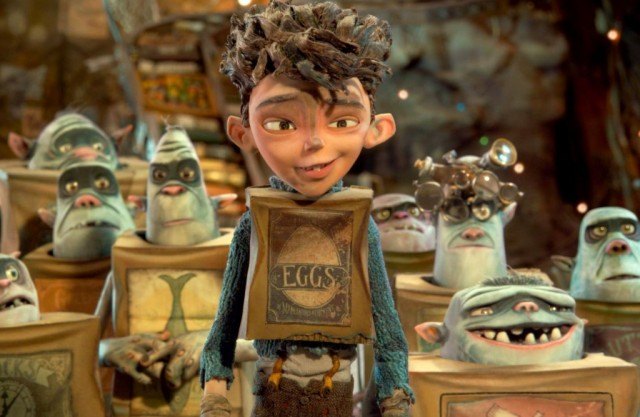 9. LeapFrog Letter Factory Adventures: Amazing Word Explorers, May 2
Join Leap, Tad, Lily, and friends as they discover stories can come from anywhere — all you need is imagination.

10. Tinker Bell and the Legend of the NeverBeast, May 17
Fawn befriends a huge and mysterious creature known as the NeverBeast in this family friendly flick, which features the voices of Ginniger Goodwin, Mae Whitman, Rosario Dawson, and Lucy Liu.

11. The Boxtrolls, May 23
Featuring the voices of Ben Kingsley, Jared Harris, Nick Frost, and Richard Ayoade, the film follows the story of a young orphaned boy raised by underground cave-dwelling trash collectors, who tries to save his friends from an evil exterminator.

12. Jinn, May 9
Shawn, an automotive designer, enjoys an idyllic life with his new wife Jasmine until it is interrupted by a cryptic message. The message warns of imminent danger and a curse that has afflicted his family for generations. Shawn doesn’t believe the message — until strange things start happening. Dominica Rains, Ray Park, and Serinda Swan star.

13. Welcome to the Punch, May 24
James McAvoy stars in this British action thriller about a notorious criminal who is forced to return to London, giving a veteran detective one final chance to bring the man to justice.

14. Before I Go to Sleep, May 27
Nicole Kidman stars as Christine Lucas, a woman who has suffered from anterograde amnesia and is unable to form new memories ever since almost losing her life in a vicious attack. Every morning, she has to become reacquainted with her husband, Ben (Colin Firth) and keeps a video diary, per her doctor’s instructions. But as Christine starts to uncover terrifying truths about her past, she begins to question everything — and everyone — around her. 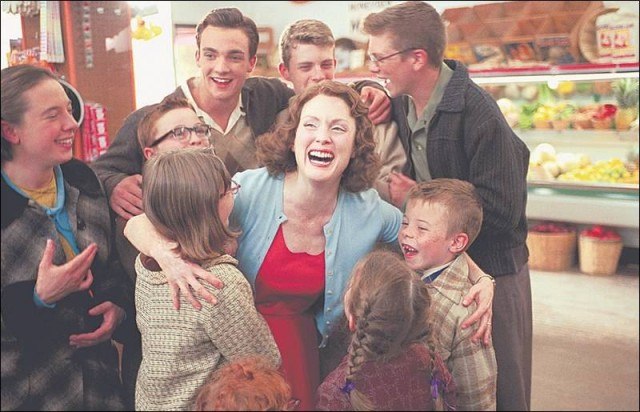 15. The Prize Winner of Defiance, Ohio, May 1
Julianne Moore, Woody Harrelson, and Laure Dern star in this biographical drama, which follows the story of mom Evelyn Ryan, who enters a commercial jingle-writing contest in order to support her 10 children.

16. The Liberator, May 9
Eighteenth-century Venezuelan aristocrat Simón Bolívar (Edgar Ramirez) fights to free his country and other South American territories from Spanish rule in this 2013 historical drama.

17.  Fruitvale Station, May 12
Based on the real events leading to the death of Oscar Grant, the 2013 drama stars Michael B. Jordan as Grant, the young man who was killed by the police officer Johannes Mehserle at the Fruitvale Bay Area Rapid Transit (BART) Station in Oakland, Calif.

18. The Identical, May 13
The 2014 musical drama stars Blake Rayne as twin brothers who are unknowingly separated at birth. One of them becomes an iconic rock ‘n’ roll star while the other struggles to balance his love for music and pleasing his father.

19. Before I Disappear, May 19
Starring Shawn Christensen, Fatima Ptacek, and Emmy Rossum, the 2014 drama follows Ricky, who, while at the lowest point of his life, gets a phone call from his estranged sister, asking him to look after his 11-year old niece, Sophia, for a few hours.

20. Girlhood, May 19
Oppressed by her family setting and dead-end school prospects neighborhood, Marieme starts a new life after meeting a group of three free-spirited girls. She changes her name, dress code, and quits school to be accepted in the gang, hoping that this will be a way to freedom. Karidja Toure, Assa Sylla, and Lindsay Karamoh star.

21. Inglorious Basterds, May 22
In Nazi-occupied France during World War II, a plan to assassinate Nazi leaders by a group of Jewish U.S. soldiers coincides with a theatre owner’s vengeful plans for the same. Brad Pitt, Christoph Waltz, and Melanie Laurent star.

22. Love and Honor, May 24
Liam Hemsworth and Austin Stowell star in this Vietnam War movie about two soldiers who must make some life-changing decisions as they spend a week on a secret trip back to the U.S. learning the truth about love, honor, and commitment. 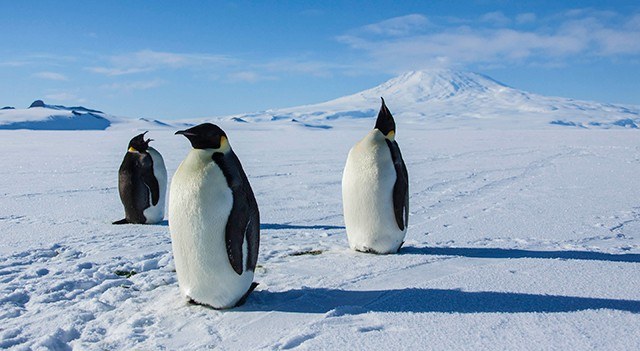 23. Beyond Clueless, May 1
The 2014 release provides a dizzying journey into the mind, body, and soul of the teen movie, as seen through the eyes of over 200 modern coming-of-age classics.

24. No No: A Dockumentary, May 1
Baseball pitcher Dock Ellis had a controversial life and career, once pitching a no-hitter while high on LSD.

25. Anita, May 3
The 2013 documentary tells the story about a young, brilliant African-American lawyer, Anita Hill, who accuses the Supreme Court nominee Clarence Thomas of unwanted sexual advances during an explosive Senate hearing.

26. Give Me Shelter, May 15
The 2014 documentary uncovers the most prevalent issues in the animal world through the eyes of individuals dedicating their lives to them daily.

27. Magical Universe, May 12
Filmed for over a decade, the 2013 documentary chronicles the life and work of Al Carbee, an 80-year-old eccentric who spends his days photographing Barbie dolls.

28. CyberSeniors, May 15
The humorous 2014 documentary follows a group of initially reluctant senior citizens who discover the wonders of the Internet with help from teenage mentors.

29. Dawg Fight, May 15
In this 2015 release, Dhafir Harris, former bodyguard to MMA fighter Kimbo Slice, opens an illegal fighting arena in his backyard in the disenfranchised town of West Perrine, Fla.

30. The Other One: The Long, Strange Trip of Bob Weir, May 22
The 2014 title promises what its name implies, tracking the life and work of musician Bob Weir and the counter-culture musical influences on his band, The Grateful Dead.

31. Antarctica: A Year on Ice, May 23
A visually stunning chronicle of what it’s like to live in Antarctica for a full year, including winters isolated from the rest of the world and months of darkness in the coldest place on Earth.

33. D.L. Hughley: Clear, May 3
Comedian D.L. Hughley takes the stage at the Regency Ballroom in San Francisco for his new hilarious stand up special, Clear, in which he riffs on everything from current affairs to legalizing marijuana.

34. Jen Kirkman: I’m Gonna Die Alone (and I Feel Fine), May 22
A comedy special from Jen Kirkman of Chelsea Lately, in which she talks about loving divorce, being bad at marriage but good at living alone, and why she would be a terrible mother.