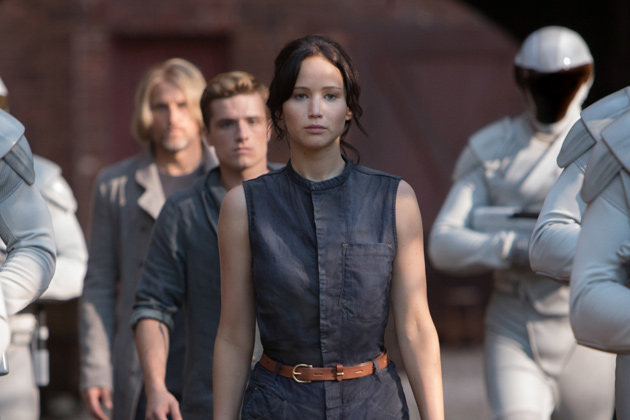 Movie theaters this summer have been packed with action films. But one – Lucy, starring Scarlett Johansson – stands out from the rest. And that’s because there’s a female heroine at the helm. The film industry has a history of making men the main focus of the action genre. But history has proven that female-led action films can also be hugely successful. Time will tell if Lucy becomes another successful action hero. But here are four films that proved women in the genre can be big draws at the box office, too.

Katniss Everdeen (Jennifer Lawrence) has captivated audiences worldwide since she first hit the big screen in 2012. Throughout The Hunger Games and its record-breaking follow-up, Catching Fire, the teenage tribute finds herself into situation after situation where she hesitantly rises to the occasion and becomes a powerful leader, she’s both strong and vulnerable, smart and emotional. And did we mention how awesome she is with a bow and arrow? The Hunger Games: Catching Fire was the highest-grossing film of 2013, and the last two films in the franchise, Mockingjay Part 1 and Part 2 are sure to help catapult Katniss even higher into the record books. Not bad for a reluctant heroine.

Quentin Tarantino made a name for himself as a director with male-driven ensemble pieces. So it was surprising when he announced this two-part project with Pulp Fiction’s Uma Thurman as The Bride, a former assassin out for revenge. The first of the two films, Kill Bill Vol. 1, was considerably more action-packed than the second, more subdued act. The film was a tremendous success with critics and audiences alike, who delighted at its expertly executed homage to martial arts films, spaghetti westerns, anime and more. Kill Bill Vol. 1 features riveting action sequences between Thurman and co-stars Lucy Liu, Darryl Hanna, Vivica A. Fox, and more. A successful $180 million box office run and numerous accolades, including a Golden Globe nomination for Thurman, helped prove that a female-driven cast with an action-heavy plot could still be a big hit. 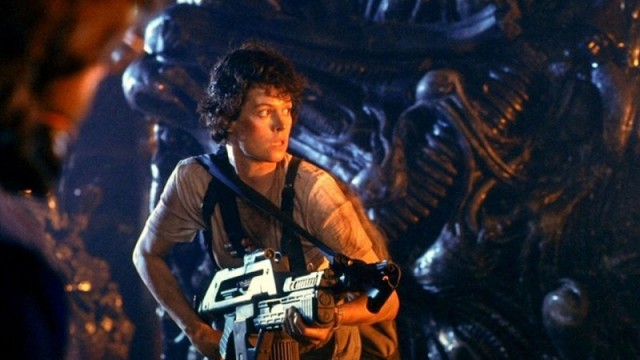 This sci-fi follow-up to 1979’s horror film, Alien, is one of the most critically acclaimed action films of all time. Sigourney Weaver, in an Oscar-nominated performance reprises her role as Ellen Ripley, who was the sole survivor of the first film. The scientist embarks on an expedition to investigate an abandoned space colony. Aliens’ brutal action sequences shocked audience members when the film was first released. But that didn’t stop them from flocking to see the film, which grossed over $130 million in theaters was one of the biggest box office draws of the year. Ripley is such a prolific cinematic character that scholars still research the facets of her character and what it says about modern society. And to this day, she’s one of the most memorable action stars in film history.