4 Blockbuster Movies That Are ‘Sequel-Proof’ 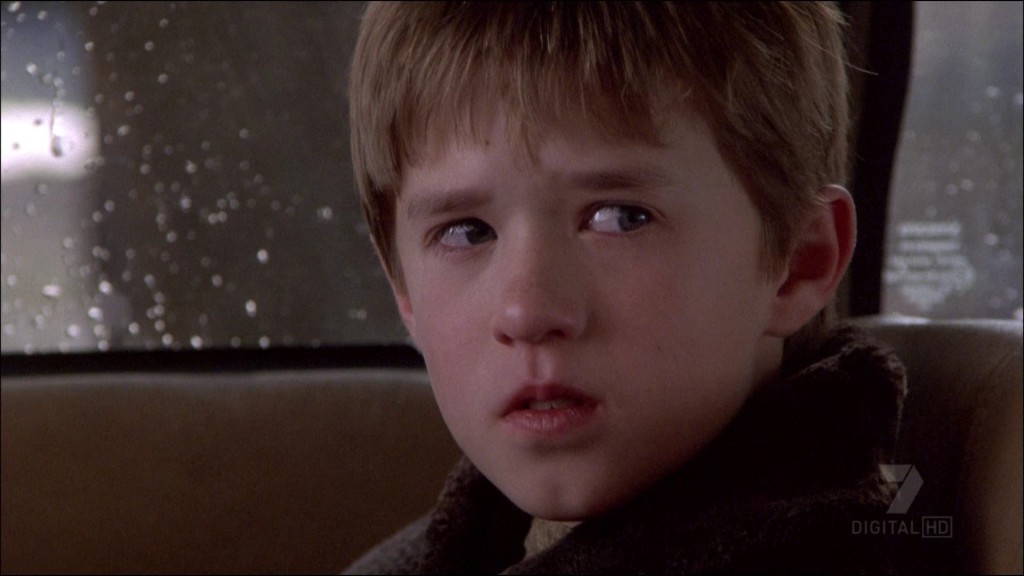 It’s no secret that Hollywood loves to make sequels. Sequels can range from the awesome (Terminator 2: Judgment Day, The Godfather Part II), to the truly awful (Jaws 2, Caddyshack II). However, since sequels are usually spawned from original movies that were commercial hits, the follow-up films are typically viewed as guaranteed moneymakers by the studios.

Hollywood’s infatuation with sequels isn’t likely to taper off off anytime soon. However, despite the desire to turn every successful film into a moneymaking franchise machine, there are some blockbuster movies that are unlikely to ever spawn sequels due to insurmountable constraints with the storyline or main characters. Here are four commercially successful and critically acclaimed films that are practically “sequel-proof.”

This M. Night Shyamalan-directed thriller was a hit with critics and audiences alike. The Sixth Sense garnered six Academy Award nominations including one for Best Picture and took in a total worldwide gross of $672.8 million, according to Box Office Mojo. The Sixth Sense has also maintained its popularity in the years since its release and the film currently has an 85 percent “Certified Fresh” rating from the critics at Rotten Tomatoes and an 89 percent audience rating.

Starring Bruce Willis and Haley Joel Osment, The Sixth Sense tells the story of a child psychologist who tries to help a young boy who is tormented by visions of dead people. However, despite the film’s critical and commercial success, don’t hold your breath for The Sixth Sense 2. Much of the film’s appeal was due to its surprise twist ending that revealed Bruce Willis’s character was one of the dead people. Although Hollywood would probably love to capitalize on this film’s popularity, the original film’s resolution makes it all but impossible to continue this story.

Forrest Gump was box office hit with a worldwide gross of over $677 million, according to Box Office Mojo. The film also received mostly positive reviews from the critics and took home six Academy Awards in 1995, including a Best Picture Oscar. Starring Tom Hanks, Gary Sinise, Robin Wright, and Sally Field, Forrest Gump is based on a novel of the same name by Winston Groom and covers the life story of its titular character, a slow-witted, but kindhearted man.

Unlike The Sixth Sense, the storyline of Forrest Gump does not rule out the possibility of a sequel. In fact, Groom wrote a sequel to Forrest Gump titled Gump & Co. that follows the protagonist’s journey through the 1980s. However, since the original film already covered Gump’s participation in the most exciting events  of the twentieth century, it would be difficult to create a similarly exciting sequel about Gump’s life after the conclusion of the first movie. In other words, like the main character’s famous leg brace-shattering sprint, Forrest Gump’s story arc has run its course.

In this blockbuster hit, megastar Will Smith plays Dr. Neville, one of the few survivors of a worldwide outbreak that has turned many humans into zombie-like creatures. According to Box Office Mojo, the film raked in an impressive worldwide gross of over $585 million. Smith’s performance won praise from many critics, even while some of the film’s computer-generated effects were panned.

While a commercially successful science fiction film starring Will Smith sounds like a guaranteed formula for a long-lived franchise, the ending of I Am Legend makes a sequel featuring Smith impossible. At the end of the film, Smith’s character kills himself with a hand grenade in order to save two other survivors. While this doesn’t rule out a sequel about humanity’s other survivors, it’s hard to imagine a sequel without Smith since the film’s success was largely due to his performance. On the other hand, a prequel to I Am Legend could be one possible way that Hollywood could make this film into a franchise without resorting to cloning Will Smith’s character from whatever was left after the grenade explosion.

This blockbuster hit starring Leonardo DiCaprio and Kate Winslet dominated the box office when it was released in 1997 and still ranks as the second-highest grossing movie ever, with worldwide box office receipts that total over $2.1 billion, according to Box Office Mojo. Titanic also dominated the Academy Awards with eleven Oscar wins, including Best Picture and Best Director for James Cameron.

However, for obvious reasons, it would be take an extremely imaginative writer to resuscitate this tale of love and loss aboard a doomed oversized luxury ship. Note to fans of low-budget cinema: 2010’s Titanic II does not count as a sequel to Cameron’s original film.