4 Fantastic Gifts for Fans of the ‘Fantastic Four’ 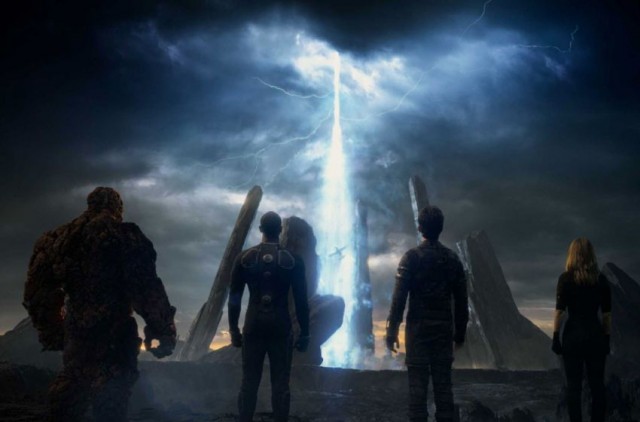 While there are a slew of comic book-based movies that fans are looking forward to seeing over the next several years, one of the most anticipated superhero films is making its debut this fall. We are, of course, talking about the upcoming Fantastic Four movie that is scheduled to land in U.S. theaters on August 7, 2015. Directed by Josh Trank, the new movie stars Miles Teller as Reed Richards/Mister Fantastic, Michael B. Jordan as Johnny Storm/the Human torch, Kate Mara as Susan Storm/ the Invisible Woman, Jamie Bell as Ben Grimm/The Thing, and Toby Kebbell as Victor Domashev/Doctor Doom.

Although two Fantastic Four movies were released in 2005 and 2007, the upcoming film is a reboot of the franchise and features an all-new cast and storyline.  For many of the fans who felt that the previous two films did not do the source material justice, the news that the new Fantastic Four movie will offer a completely fresh start has raised expectations even higher. And while there are bound to be many Fantastic Four-themed accessories that will debut alongside the movie’s release, you fortunately don’t have to wait until then to get your hands on some fantastic FF merchandise. Here are four awesome Fantastic Four gifts that you can order off the Internet today. To rephrase a well-known saying of The Thing, “It’s shoppin’ time!” 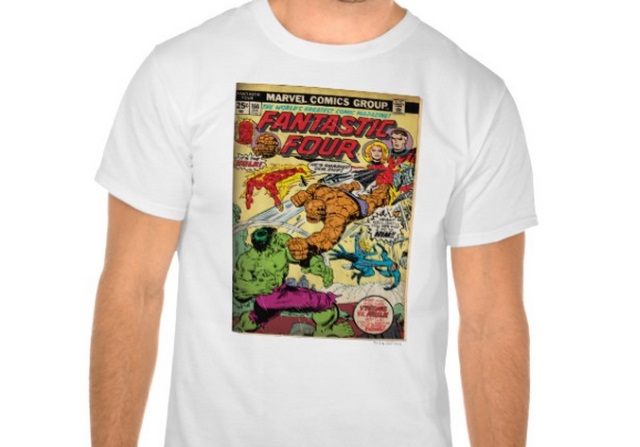 Simon Kinberg – who is a writer and producer for the new Fantastic Four movie – stated in an interview with the Latino-Review that the upcoming film is “a celebration of all the FANTASTIC FOUR comics that have preceded it.” And what better way to celebrate the storied history of the Fantastic Four than with a t-shirt that features a vintage comic book cover? Zazzle offers several different versions of its vintage Fantastic Four comic book cover t-shirts, but we’re particularly taken with this one that features the cover of issue No. 166.

Besides featuring all four members of the titular superhero team, the cover also promises an epic showdown between two of the Marvel Universe’s brawniest brawlers – The Incredible Hulk and The Thing. Just remember that the .25 cent price tag you see in the upper left corner of the t-shirt graphic is only a historical artifact and not the actual price (sigh – if only). The Fantastic Four – 166 Jan T-shirt is made from 100% cotton and is available in a wide variety of colors. You can find it here. 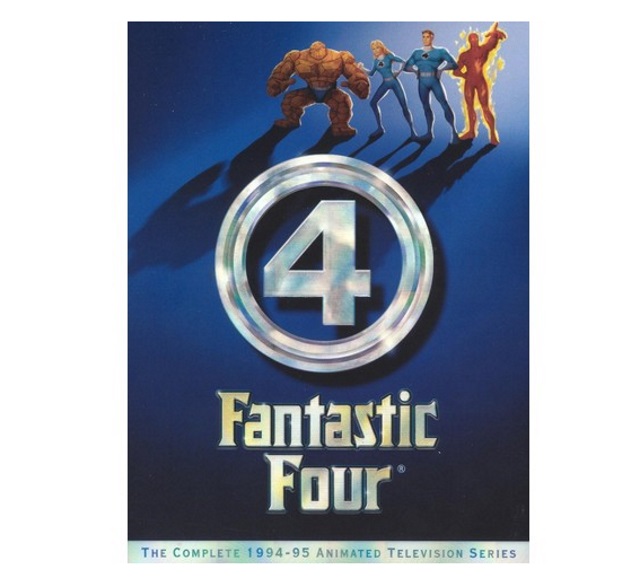 The Fantastic Four have so far only made it to the big screen twice before (or three times if you count a 1994 B-movie that was never officially released). However, they have made multiple appearances on the small screen over the years via several animated television series. The most memorable of these was a two-season, 26-episode series that originally aired in the mid-‘90s. If you happen to have access to Doctor Doom’s Time Platform, you may want to revisit the past and watch it on TV. The rest of us can simply pick up this complete Fantastic Four 1994-95 animated television series four-DVD collection. You can find this nearly-forgotten, but highly entertaining Fantastic Four TV series here. 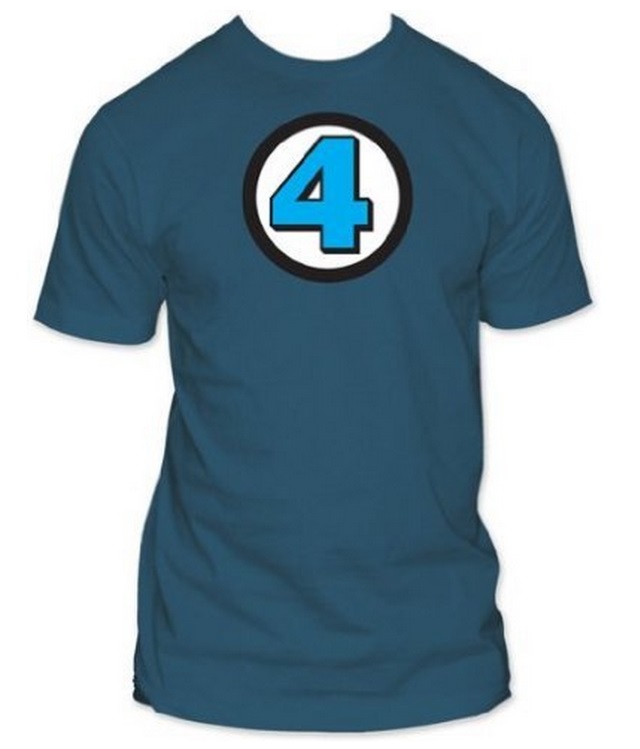 Like many other superheroes that have jumped to the big screen in recent years, it appears that the Fantastic Four’s classic blue suits and logo have been redesigned for a new generation. Still, there’s something undeniably appealing about the iconic “4” logo and the blue spandex outfits — which is why we’re big fans of this retro FF t-shirt.

Featuring the original Fantastic Four team logo, this t-shirt will have you spontaneously exclaiming “It’s clobberin’ time!” That is, when you’re not trying to flame on, turn invisible, or stretch your limbs to fantastic lengths. This 100% cotton t-shirt is available in two shades of blue, because why would you want it in any other color? You can find the Impact Marvel Comics Men’s Fantastic Four Logo T-Shirt t-shirt here. 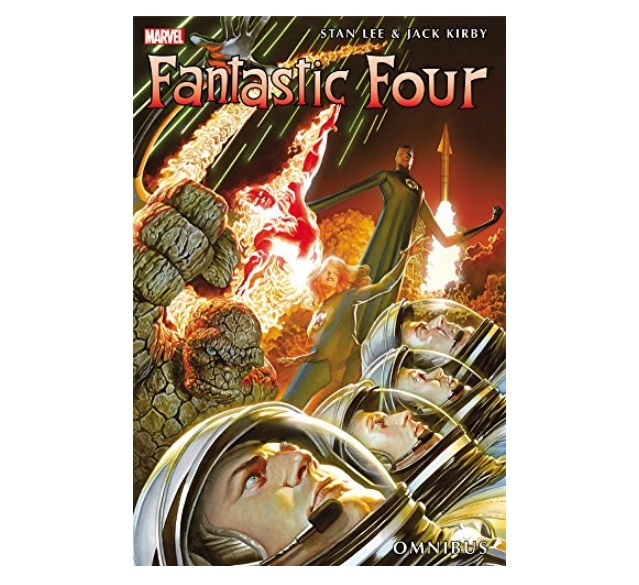 The days when comic books were considered throwaway literature are long gone. Nowadays, certain original comic books – especially from the so-called “Golden Age of Comic Books” – can be worth hundreds of thousands of dollars. So you can imagine that it would cost a pretty penny to collect original Fantastic Four comic books from its earliest days. Thankfully, Marvel Comics provides a much cheaper alternative for Fantastic Four fanatics that don’t have thousands of dollars to drop on original vintage comic books.