2014 may have been a slow year for Hollywood, but studios still had a handful of success stories. From teen love and dystopian dramas to superhero adventures and buddy comedies, there were plenty of box office hits, often led by some of the silver screen’s brightest stars. Will these actors and actresses continue to find success on the big screen? Take a look at the films they have lined up for 2015 and decide for yourself. 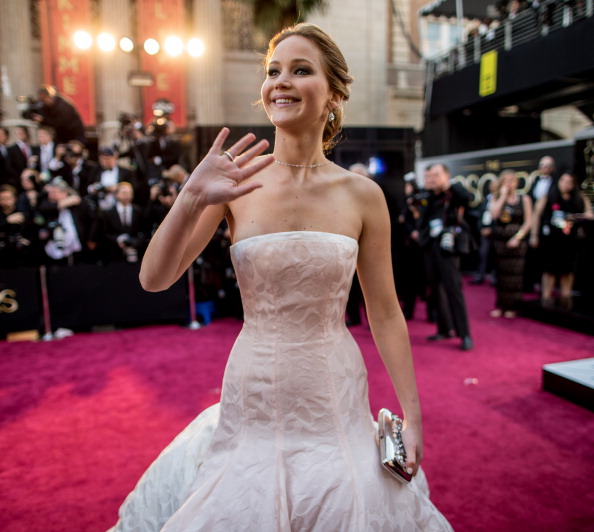 Between X-Men: Days of Future Past and The Hunger Games: Mockingjay – Part 1, Oscar-winner Jennifer Lawrence helped rake in a combined $1.4 billion in global box office receipts this year, making her 2014’s highest-grossing actor. This year, she’ll finish up her stunning performance as Katniss Everdeen in November’s The Hunger Games: Mockingjay – Part 2. But fans of this dynamic actress should also be on the lookout for Joy, her third foray with Silver Linings Playbook and American Hustle director David O. Russell. Lawrence will play Joy Mangano, a Long Island housewife who became a millionaire after inventing the Miracle Mop. Bradley Cooper, Robert De Niro, and Zero Dark Thirty’s Edgar Ramirez will co-star. Joy will hit theaters on December 25.

Chris Pratt had a breakthrough year on the big screen, with successful turns in The Lego Movie and Guardians of the Galaxy. In 2015, he’s poised to continue his winning streak as the star of the long-anticipated fourth installment of the Jurassic Park franchise, Jurassic World. The film follows Pratt’s Owen, a Jurassic Park employee who finds himself in danger when a hybridized dinosaur gets loose in the amusement park. Bryce Dallas Howard and Vincent D’Onofrio also star in the film, which was directed by Safety Not Guaranteed’s Colin Trevorrow. Moviegoers worldwide will most likely be lining up to see Pratt and company mix it up with prehistoric foes on June 10.

Shailene Woodley was one of 2014’s breakout stars, with successful turns as Hazel Grace Lancaster in the teen tearjerker The Fault in Our Stars and Tris Prior in the futuristic thriller Divergent. In 2015, the 20-something starlet will reprise her role as the rebellious, brave Tris in the second installment, Insurgent. The action-packed sequel follows Tris and her comrades as they run from a violent insurrection and desperately try to figure out how to save their loved ones — and humanity. Insurgent also stars Theo James, Ansel Elgort, Naomi Watts, and Kate Winslet. Franchise fans can watch the Dauntless ride again on March 20.

Kevin Hart had a killer 2014, with three films — Ride Along, Think Like a Man Too, and About Last Night — grossing more than $147 million combined. The comedian could hit it big again in 2015 with Get Hard. This Warner Bros. comedy is about businessman James King (Will Ferrell), who enlists the help of Darnell Lewis (Hart) to get him ready for a 10-year prison sentence. Unfortunately for King, Lewis has never actually spent time in prison. Etan Cohen directed Get Hard, which also stars Alison Brie, Edwina Finley, and Craig T. Nelson. The film will hit theaters on March 27.