Each week we scan through the shadowy corners of the Internet in search of glimpses of what’s to come in the world of video games. Game and hardware makers might not be ready to share the information yet, but if leaks and rumors make their way out, we’re here to report them.

This week we’ve unearthed murmurs surrounding Minecraft, Mega Man, and a possibly game-changing piece of hardware you’ll put in your entertainment stand. Read on to see what exciting new stuff might come to pass in gaming.

1. Does Minecraft: Story Mode have a release date?

Retailers are one of the biggest sources of leaks, because they often get information about upcoming products before they’re announced. The retailers are supposed to wait until specific dates to make the information public, but humans are fallible and those restrictions aren’t always honored the way publishers wish they would be. The latest retailer leak comes from Amazon, which has posted a release date of October 27 for the Telltale adventure game Minecraft: Story Mode.

Telltale hasn’t offered an official release date for the game yet, and has yet, but October 27 would make sense. That’s because Minecraft is one of — if not the — biggest video game properties in the world right now. If Telltale Games can get episode one of this game out the door as a physical release before the holiday shopping season begins, it’s sure to sell millions of copies.

Interestingly, this would be the first Telltale game to get a physical release prior to all episodes of the game being available. Generally, the publisher waits until all episodes have been released digitally before putting a physical copy on store shelves. According to the Amazon listing for Minecraft: Story Mode, the disc contains the first episode, plus a code that will let customers download the following four episodes as they’re released in the coming months.

Even though Mega Man creator Keiji Inafune parted ways with Capcom in 2010, the blue bomber has had a resurgence of popularity lately. Last month’s Mega Man Legacy Collection was a meticulously re-created bundle of the first six games in the series that came with some terrific add-ons and behind-the-scenes material. And if The Tracking Board is correct, a Mega Man movie is in the works as well.

Little is known about this rumored production yet, but apparently 20th Century Fox and Chernin Entertainment will be responsible for the film. Producers of the recent Planet of the Apes movies will reportedly head up the project.

Video game movies haven’t been very good in the past, but a number of big game franchises are heading to theaters in the coming years, so that could change soon. Perhaps Mega Man will help turn the tide.

3. Will a new Apple TV focus on video games? 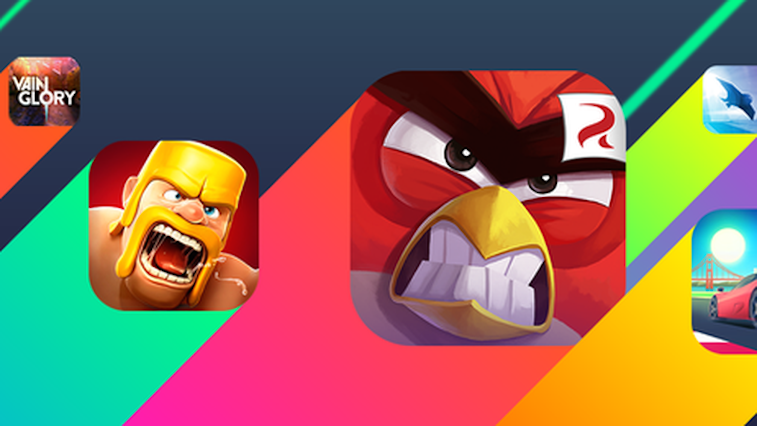 Rumors have been swirling for years that Apple will announce a new, more powerful version of its Apple TV set-top box. The rumors have reached tidal wave proportions leading up to this week’s Apple event, which will take place Wednesday, September 9. Apparently the revamped Apple TV will support third-party apps, including video games.

Adding fuel to these rumors, Apple has just created a Twitter feed called App Store Games. So far it has highlighted games for iPhone and iPad, but if the rumors are true and games start appearing on a new Apple TV, it could certainly promote those games as well. In any case, the new Twitter feed shows that Apple is more interested in promoting games, which could be a sign of things to come.

4. Is this video Kojima’s goodbye to Metal Gear?

Metal Gear creator Hideo Kojima and Konami have had some very public spats this year, prompting nearly everyone in the games industry to speculate that his involvement with the company will end soon, now that Metal Gear Solid V: The Phantom Pain has been released.

Kojima and Konami have just released a video that shows Kojima speaking with people he’s worked with on the franchise over the years and reminiscing about creating the games. It’s a lovely video that even gets into tear-jerking territory toward the end. Looked at in a certain light, it kind of seems like a goodbye to the series, doesn’t it?