Video game makers love keeping their plans under wraps until they’re ready to start the hype machine by making an announcement. Fans, on the other hand, want to know everything that’s coming down the line as soon as possible. In that kind of environment, leaks and rumors are bound to trickle out. As you can tell from our weekly video game rumors column, leaks are like dust motes: They’re everywhere.

This week we’ve uncovered a number of rumors and leaks that have a pretty good chance of being true, including information on the Nintendo NX, the next Zelda game, and a popular Xbox franchise. 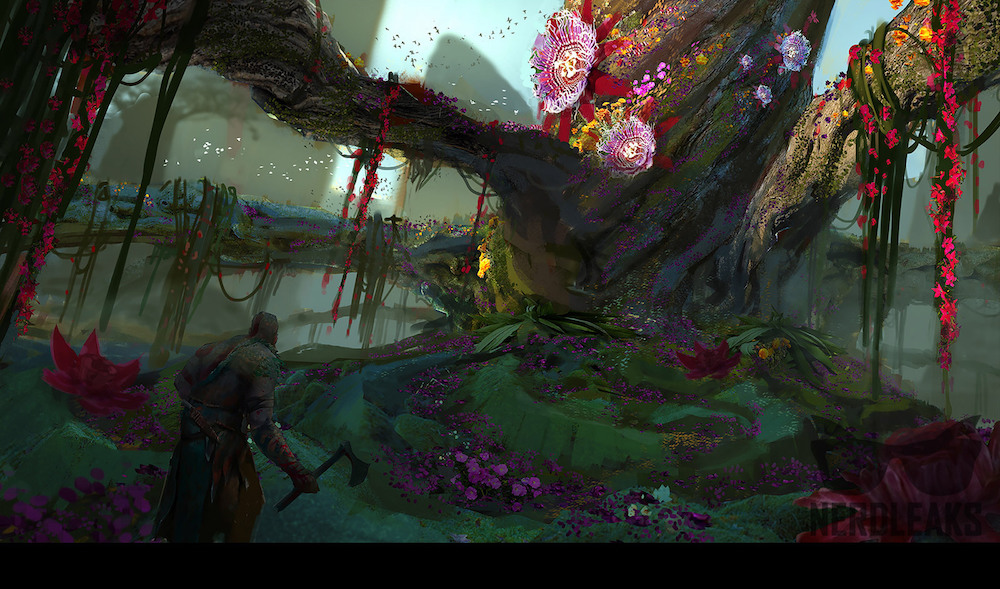 Having killed the Greek gods, Kratos may be moving up north | Source: abload.de

The God of War series has kept players hacking, slashing, and decapitating mythical gods on PlayStation since 2005. The thing is, they’ve all been steeped in Greek mythology. NerdLeaks has uncovered a wealth of concept art that suggests the fourth main installment in the series will be based on Norse mythology. That means we can expect to series protagonist Kratos butt heads with (and behead) gods like Thor and Odin, as well as familiar beings like elves and dwarves.

So is it true? It certainly looks that way. The leak comes from the personal website of an artist who worked at Santa Monica Studio in 2015. Polygon has also independently confirmed the authenticity of the images. If the NerdLeaks link isn’t working (it wasn’t at the time of this writing), you can view all of the images here on NeoGAF.

2. Will the NX finally be a modern Nintendo system?

Nintendo hasn’t announced any details about its next gaming console, code named NX, but the leaks just keep springing. The most recent set of details comes from a Reddit user who has been verified by the moderators of the site’s NX page (for what it’s worth). Here’s what the source has announced.

Most of this information echoes what other sources have already suggested. But if the leak is authentic, it’s yet another new source reiterating the information, making it that much more likely to be true. The upshot is that the NX will be about as powerful as the PlayStation 4 and Xbox One, and will offer many of the modern conveniences those systems offer that Nintendo has been missing out on for years.

The Xbox One and Windows 10 game Fable Legends had been in the works for years when Microsoft recently pulled the plug on it and announced it may close the game’s developer, Lionhead Studios. Most people figured that was that, and they’d never get their hands on the free-to-play fantasy game.

Apparently there may still be hope for Fable Legends to hit the market. MVC reports that three sources at the game studio have confirmed staffers are being asked if they would like to continue working on the game, or if they’d rather take a severance package.

It seems strange that Microsoft would go to the effort of announcing the game’s cancellation only to bring it back to life a month later. But stranger things have happened.

Nintendo insider Emily Rogers tweeted out some new information about the as-yet-unnamed Zelda game Nintendo is working on. She says the following:

It remains to be seen if these tidbits are true, but they sound in line with expectations. The Legend of Zelda: Twilight Princess came out at a similar time of hardware transition for Nintendo, and was available on GameCube as well as Wii. It makes sense for Nintendo to release it on NX and Wii U.

Nintendo recently introduced a new female character in the Zelda universe called Linkle, who’s basically a female version of Link, except that she uses two crossbows as her main weapons instead of swords. And finally, Link has never said a word in any Zelda game, so it would actually be surprising if he started talking now.