4 Reasons Dan Harmon Is the Smartest Showrunner on TV

Television is full of clever writers. The minds behind shows like Game of Thrones, The Walking Dead, and more are some of the best the industry has to offer, and it’s not hard to see why. Nestled in a corner of this crowd though is Dan Harmon, a man whose obscure sense of humor has built an empire of niche comedy supported by legions of devoted fans. For much of his career, he spent his time a relative unknown, albeit busy at the same time. Then Community happened, and suddenly he was an Internet darling.

His time as showrunner for Community was marred by frequent conflict with NBC over creative direction, and ended with him briefly being fired by the studio (before being brought back a season later). With the show having wrapped up on Yahoo! Screen with its sixth season, Harmon has turned his focus to his other, even more obscure project, Rick and Morty. He now finds himself in charge of yet another cult following on the Internet, this time for his Adult Swim cartoon he co-created with Justin Roiland. Between just these two shows, we feel confident in saying: There’s no smarter showrunner or writer on TV today than Harmon.

1. He’s been the pioneer of meta-comedy 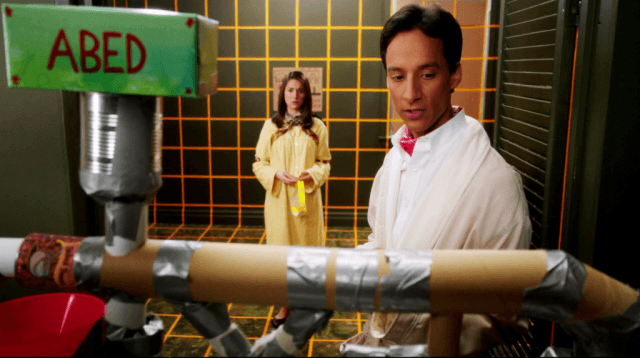 It’s been six years since Community debuted on NBC. In many ways, 2009 was the year of the mockumentary series, with The Office having already been around for four years. This in turn inspired shows like Modern Family and Parks and Recreation, both of which also debuted in ’09. In a year when this format was the predominant one for comedy, Harmon brought us something entirely different in Community. With a sense of humor that was decidedly self-aware, we saw the potential for a comedy that knew how other shows were getting stale, and turned that awareness on its head completely.

Since then, meta-comedy has become as popular as the mockumentary format was in 2009, thanks in large part to Community leading the way six years ago. Without Harmon, audiences for things like the rebooted Arrested Development as well as the latter years of 30 Rock would likely find themselves more confused than entertained. 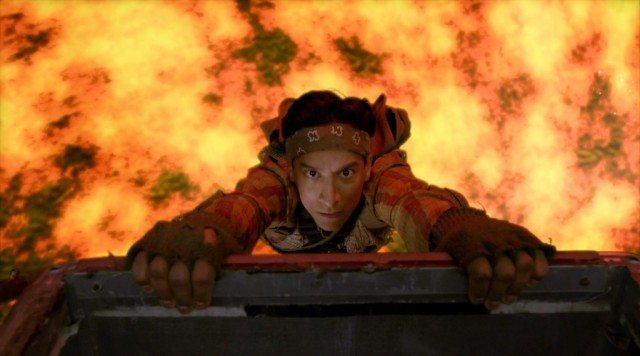 Between Community and Rick and Morty, we have two TV shows where at least one character is aware they’re actually a part of a TV show. During these moments on Rick and Morty, we see Rick quite literally wave to the audience, breaking the fourth wall with lines like “that’s the end of Season 1!” In the season 6 finale of Community, the group spends the bulk of the episode brainstorming ideas for a seventh season, running through all the elements that make for a lackluster TV series. This frequent commentary on tropes we see all too often on television in turn leads each show to unexpected and unpredictable places, offering up unique stories and conflicts in a world of entertainment that feels all too similar.

Most comedy on TV seeks to do one thing: Make audiences happy. There’s little motivation past that, and it’s a tradition that dates back over half a century. There’s little in the way of dark comedy nowadays, but that hasn’t slowed Harmon in his quest for it anyways. Each episode of Rick and Morty comes with an unsettling undertone that hints at the depressing nature of the show’s basic premise: A dysfunctional family is barely held together on a regular basis. But somehow, Harmon infuses just enough comedy to balance out the darker aspects of the show to make it eminently entertaining.

4. At the core of his shows, we see touching character stories

Layered underneath the meta-commentary and subversive comedy, at the core of every Dan Harmon show is an insightful commentary on human nature. Community more than anything was a show about how a group of different people complement each other in a way where every individual has a unique effect on their dynamic. Rick and Morty, under the sci-fi and cartoon insanity, is about an uncaring, alcoholic grandfather trying to make up for lost time with a family he neglected for years. On the periphery of the show, we see the complexities of a family dynamic in a comedy format that goes beyond something like Modern Family.

This was best demonstrated on one episode Community entitled “Remedial Chaos Theory,” where we cycled through multiple different timelines, each showing how the group functioned without one of them in the room for just a few minutes. The result was one of the most brilliant half-hours of comedy TV you’ll ever see, balancing everything that makes Harmon the talented and insightful writer he is.