It’s that time again, when we check in on the whispers and murmurs in the world of video games. As usual, rumors and leaks are running rampant, so this week we’ve picked up some juicy stuff. We have info about a canceled game from the makers of Destiny, a more powerful version of the PlayStation 4, and a Nintendo NX hoax that had a lot of people fooled. Here are the week’s four biggest video game leaks and rumors. 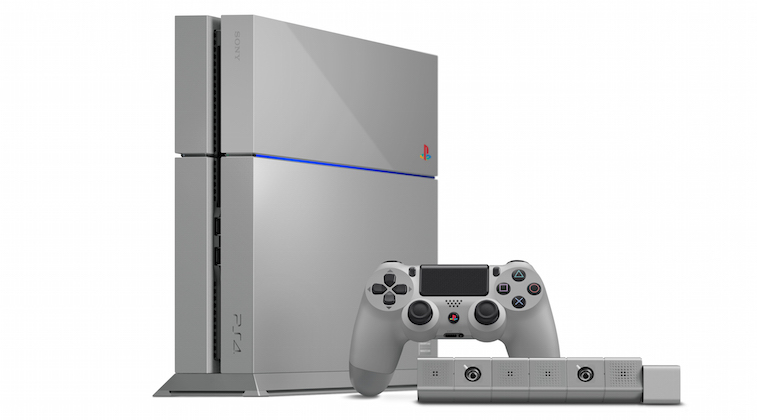 Last week we reported about rumors of a new, more powerful version of PlayStation 4 being in the works at Sony. The rumor came from Kotaku and sounded almost certainly true. New evidence from The Wall Street Journal suggests that the console is in fact coming, and that Sony will announce it before launching the PlayStation VR headset in October. Sources say Sony will continue to sell the original PS4 alongside the more powerful version.

According to the article, “Existing PlayStation 4 owners would need to buy the new model to take full advantage of the enhanced graphics and power, though it is likely that the current model and the coming one would share the same software catalog, one of the people said.”

In all likelihood, if this is a real product, Sony will announce it at E3 in June.

2. Check out this canceled Bungie game

After the 2001 release of Halo, developer Bungie began working on a new game called Gypsum. The game never came out. In fact, no one outside of Bungie really knew anything about it until last week. On the latest IGN Unfiltered podcast, Bungie composer Marty O’Donnell discussed the game for the first time.

O’Donnell said Gypsum was going to be based on a modified version of the Halo engine. But instead of using a sci-fi setting, the game drew on fantasy and mythology for inspiration. The main character was a hammer-wielding minotaur who could run around destroying stuff. “It went very, very far,” O’Donnell said. “There was a playable prototype that was a blast. I did music for it, sound effects, everything.”

Despite how promising Gypsum was, Bungie decided to scrap it in favor of Halo 2. Although the game sounds like it could have been a lot of fun, it’s probably safe to say Bungie made the right call.

Shortly after we reported on an image that was purported to be the controller for Nintendo’s upcoming NX console, new photos of a black version of the controller popped up online. The high quality pictures looked so real that they inspired elaborate armchair detective work as fans in gaming forums tried to figure out which developer might have leaked them.

All the detective work was in vain because the man behind the hoax posted a video showing how he made the controller using a 3D printer. It’s actually quite impressive.

But what the reaction to these images really shows is that we’re all dying to see what the NX will look like. Nintendo, can’t we just get a peek?

4. Is Red Dead Redemption 2 in the works?

Probably, but this rumor isn’t related to it. Nerd Leaks recently tweeted out an image of the LinkedIn profile of an artist who works for Rockstar Games. On the profile, the artist listed projects he contributed to, including “Midnight Clu: Los Angeleses” (sic), Red Dead Redemption 2, and Grand Theft Auto V.

The profile has since been revised with the proper spelling of Midnight Club: Los Angeles, as well as added text that clarifies that he worked on the PS3 version of the original Red Dead Redemption, which came out in 2010. He also added a joke about how spelling was not his strong suit.

In any case, this wasn’t a secret hint that Rockstar was working on Red Dead Redemption 2. For that, we’ll have to keep waiting.