Now that most of the season’s blockbuster video games have hit the market, things are starting to slow down in the industry. Thankfully, the rumor mill is churning as hard as it ever was.

This week we have rumors about sequels, remasters, new features, and the staggering success of one console over the others (Hint: It’s not Xbox One). So read on for all the newest video game rumors that are fit to print.

1. Is Star Wars Battlefront on PS4 more popular than on PC and Xbox One combined? 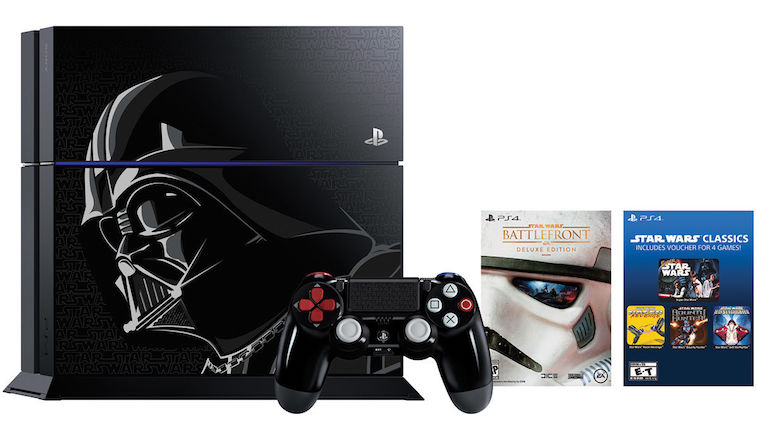 If you pay attention to the video game industry, you may know that the PlayStation 4 has been killing it this console this generation compared to Xbox One and Wii U. Most recent estimates put sales of the PS4 at twice the sales of the Xbox One. So it wouldn’t be all that surprising if the PS4 version of Star Wars Battlefront was more popular than the other versions.

What may be surprising, according to Polygon, is that it looks like the game is twice as popular on PS4 as it is on Xbox One and PC combined. The numbers come from a site that tracks server figures for Electronic Arts games. Over the weekend, writes Polygon:

Star Wars Battlefront has seen a peak of 188,171 players concurrently online on PS4, says Player Stats Network, compared to 113,696 for Xbox One and 48,292 for Windows PC. The latter two figures combined are still more than 25,000 users short of the PS4 total.

That’s pretty wild — and suggestive of how dominant the PS4 has become this console generation. It probably doesn’t hurt that Sony has worked to make the general public identify Star Wars Battlefront with PS4 through an exclusive marketing deal and a limited edition Darth Vader console.

2. Will Xbox One get original Xbox backward compatibility?

Microsoft devoted a whole team of software engineers to making the Xbox One able to play Xbox 360 games. What’s that team up to now that the feature has been released? From the sound of it, they’re working on making more 360 games compatible with Xbox One. (It’s an ongoing process that involves getting game publishers to give the go-ahead for each of their games individually).

But thanks to an interview on The Inner Circle podcast with Xbox director of project management Mike Ybarra, we now have hints that the engineering team may begin trying to make original Xbox games run on the Xbox One. When asked about it, he said:

”Getting 360 to work was incredibly challenging, and really a multi-year engineering investment going all the way back to the original certainly would challenge the team. We’re fortunate enough to have a great engineering team, who loves to take on challenges, and I’m sure they would love that one as an opportunity to go look at.”

That’s a long way from a confirmation, but it’s good to hear the idea is on the table. If you ask me, it would be great if the Xbox One became the “ultimate Xbox machine,” making games from all Xbox generations available to every Xbox One owner. That’s pretty much how the PC gaming industry works, so why not consoles?

3. Is Resident Evil 6 coming to PlayStation 4?

Video game ratings boards are notorious for leaking unannounced games publishers have submitted for approval. The latest game to leak this way comes from the Korean ratings board, which listed Resident Evil 6 as coming to PlayStation 4 and Xbox One, according to a Twitter user.

The (mostly maligned) game originally launched for last-gen systems in 2012 to low sales for the series. Since publisher Capcom has been milking the franchise quite a bit in recent years with spinoffs and remakes, it would be no surprise to see RE6 launch on modern consoles.

4. Is a cowboy replacing a Native American class in Bravely Second?

Japanese video games are generally made for Japanese audiences, which means sometimes their content doesn’t mesh well with American audiences. According to a tip sent to Destructoid, it looks like Square Enix may just be changing a character class from a Native American to a cowboy for the U.S. release of the Nintendo 3DS game Bravely Second.

The game features fighters of various classes you can swap out at will. Tomahawk, a class in the Japanese version, puts characters in a Native American headdress and arms them with (you guessed it) a tomahawk. What may be a new leaked screenshot of the game shows a character wearing a cowboy hat and wielding a gun. Is Square Enix making this switch so it doesn’t step into a debate about stereotypes and cultural appropriation? Maybe. Or maybe not. This rumor is based on shaky evidence to say the least, so take it with a grain of salt.

That’s all we have for you this week, but more video game rumors are sure to surface in the coming days. Be sure to check back next week for a whole new set of possibilities.