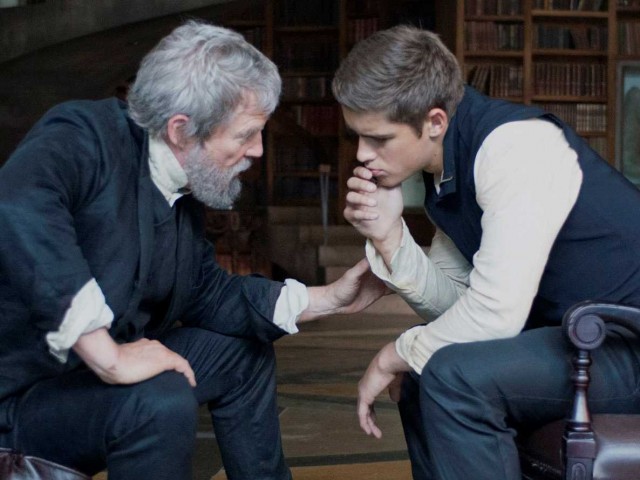 There has definitely been no shortage of YA film adaptations in 2014 and the trend isn’t going away any time soon. While the year might already be about halfway over, there are still several young adult stories hitting theaters in the next few months and you don’t want to miss your chance to read them before watching them play out on the big screen. Here are four more books to read before the movies come out this year.

Chloë Grace Moretz is set to star in the film adaptation of the 2009 novel of the same name by Gayle Forman. The story follows 17-year-old Mia Hall after a car accident puts her in a coma. While she remains unconscious in the hospital Mia has an out-of-body experience in which she sees memories flash before her eyes and must eventually decide whether to wake up or give up. The movie, directed by R.J. Cutler, also stars Mireille Enos and Lauren Lee Smith and began shooting in Vancouver last year. It’s slated to hit theaters on August 22.

The Maze Runner, based off the first book of James Dashner’s sci-fi trilogy, was written by Noah Oppenheim and directed by Wes Ball. The film features Dylan O’Brien as protagonist Thomas, who finds himself trapped in a maze with a community of boys and no memory of how he got there. Thomas Sangster, Will Poulter, and Kaya Scodelario also co-star in the flick, hitting theaters on September 19. After The Maze Runner’s publication in 2009, Dashner released two sequels, The Scorch Trials and The Death Cure, as well as a prequel, 2012’s The Kill Order. Further, 20th Century Fox, who produced the upcoming adaptation, has also acquired the rights for The Scorch Trials.

Perhaps the most anticipated YA film adaptation of the year, Mockingjay, based off the Suzanne Collins’ final book in the trilogy, returns with stars Jennifer Lawrence, Josh Hutcherson, and Liam Hemsworth as main characters Katniss Everdeen, Peeta Mellark, and Gale Hawthorne. The story follows Everdeen as she reluctantly becomes the symbol of a mass revolution against the Capitol. Following the first two widely successful installments of the franchise, Mockingjay was split into two parts for the big screen version. Two teasers for the first of the Mockingjay films, which hits theaters on November 21, have already been released this summer.