Amazon is preparing to debut some new original TV shows this season. The company is reportedly moving forward with several different pilots, including the latest project from acclaimed director Guillermo del Toro and a new potential series from Gilmore Girls creator Amy Sherman Palladino. Here’s a closer look at the five Amazon pilots now in development. 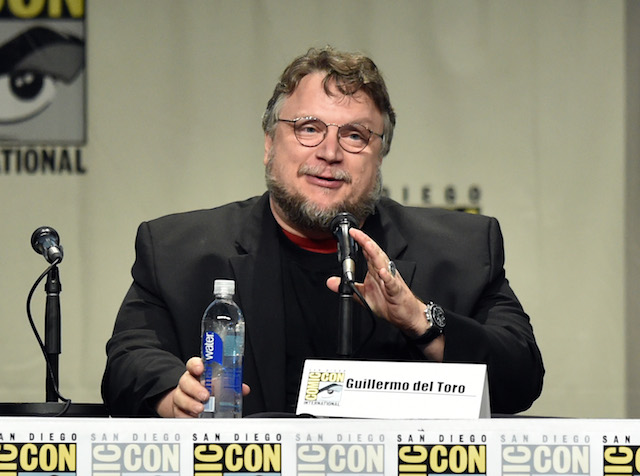 Guillermo del Toro’s fantasy horror project was commissioned by Amazon last year, but is only now finally moving to the pilot stage. The show is set in the future in a city called the Burgue, which is inhabited by humans and other creatures, and currently has a serial killer on the loose.

The project is a TV series version of Travis Beacham’s now 11-year-old supernatural feature spec script A Killing on Carnival Row. The script was originally picked up by New Line back in 2005, but has since gone through multiple directors and on-and-off development in years past. Amazon brought the project back to life last year with del Toro, who has long since been involved in the work. Per Deadline, Rene Echeverria penned the pilot and serves as showrunner. Del Toro, Beacham, and Echevarria will executive produce alongside Gary Ungar.

The dramedy pilot hails from from Gilmore Girls creator Amy-Sherman Palladino. Per Deadline, the developing series will center on a 1950s housewife who decides to be one of the first female standup comics. Sherman-Palladino, who is currently in post-production on the Gilmore Girls revival series for Netflix, wrote the pilot and will also serve as an executive producer.

3. The Legend of Master Legend

The half-hour potential series is based on Joshuah Bearman’s 2008 Rolling Stone article of the same name, centering on the real-life superhero who patrols Orlando, Florida. The show will revolve around Master Legend, who fights to vanquish crime and defend the helpless, along with his trusty sidekick, Ace. Transparent’s Micah Fitzerman-Blue and Noah Harpster co-wrote the screenplay for the pilot and will also serve as executive producers.

Set in pre-revolutionary Cuba, the potential Amazon series takes place in and around the world of The Tropicana nightclub. With the club as a focal point, the show will “explore the intersection of entertainers, the mob, Batista loyalists, Castro revolutionaries and the American CIA.” As Deadline reports, Josh Goldin and Rachel Abramowitz will write the pilot and serve as executive producers. Andrea Simon will also serve as a co-executive producer.

Adapted from Michel Faber’s critically praised 2014 book The Book of Strange New Things, the potential new series is an epic love story that’s described as “Heart of Darkness in space.” The show will revolve around Peter Leigh, an English pastor who sets out on the journey of a lifetime into deep space that takes him light years away from his wife. Kevin MacDonald is set to direct the pilot, which was penned by Matt Charman. Charman and MacDonald will also serve as executive producers alongside Andy Harries. Iconic musician Brian Eno will provide music for the series, which Deadline reports is one of the most ambitious TV projects to ever originate from the U.K.