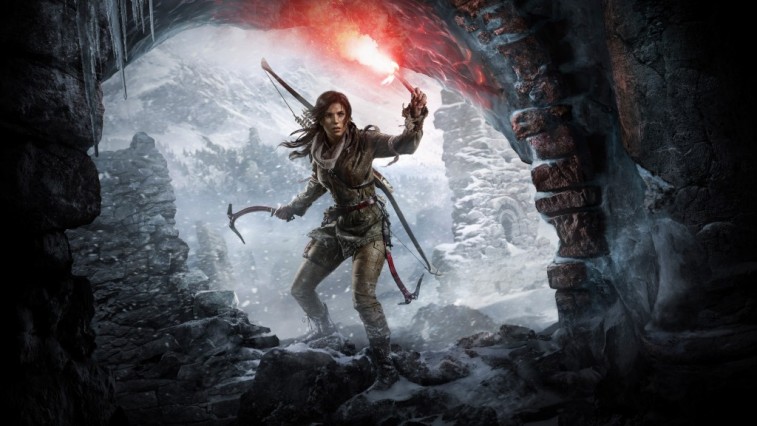 The Tomb Raider series has gone through several transformations over the years, but Lara Croft is still the star of the show. Culminating in 2015’s Rise of the Tomb Raider, the action-packed adventure series has only gotten better with time. And even though Miss Croft started out as a sex symbol, she’s become a veritable symbol of powerful women in gaming with the last two games.

With ratings of the latest game soaring, it’s a great time to take a look back at some of the most visually and mechanically satisfying moments of the game and delve into the reaches of Tomb Raider from its infancy to its dazzling reboots. Here are 5 awe-inspiring Tomb Raider moments. Beware of spoilers ahead if you haven’t completed all of the Tomb Raider titles!

1. Lara fends off a bear

Rise of the Tomb Raider has its own share of harrowing moments, but one particularly terrifying instance sees Lara faces off against a ravenous grizzly bear. It’s one of the biggest threats the “new” Lara has faced, at least in terms of size, and it’s a thrilling segment that sneaks up on you in-game out of nowhere.

Sure, Lara has gone up against mysterious organizations and megalomaniacs, all armed with guns and more, but the raw power of this angry animal is nothing to laugh at. There’s a rush of pure adrenaline that comes with this moment that’s unmatched in the rest of the games.

If you only play Rise of the Tomb Raider for a short time for some reason, make sure you come across this encounter before moving on. It’s a roller coaster ride of a battle, especially considering your main defense is to roll away from the beast. Your wits are all you have here, so make sure you use them to your advantage.

2. Coming face-to-face with a T-Rex

It’s not often you see dinosaurs in games, especially during the current console generation. There are a few titles cropping up with a focus on the mammoth epoch, but it’s always interesting to look back on games like Tomb Raider and the updated Tomb Raider Anniversary and remember a time when dinos were quite ubiquitous (remember Dino Crisis?).

Encountering the T-Rex and other smaller dinosaurs in The Lost World area was a shock to the system for players, especially after introducing the more normal wildlife such as bears and wolves. And then suddenly, a prehistoric colossus is hot on Lara’s tail. Luckily you can defeat the beast with pistols, but that doesn’t make this encounter any less scary … or awesome.

Lara Croft is a much different character in the 2013 reboot of Tomb Raider, and she’s still just finding herself as an adventurer and a young woman. The very moment she takes a human life in Tomb Raider is a chilling moment and an important step forward for Lara on the long road to making her dreams come true.

Lara doesn’t go into the area she finds herself in looking for a fight, but is instead spotted by an armed gunman and taken from the shelter she’s made for herself out into the open, where she must fight for her life. The moment she gets her opponent’s gun for herself and discharges a shot, Lara is changed for life.

The gravity of the situation has set in: Lara has just killed a man and must live with the consequences. She knows there’s a long, hard road ahead of her, and it’s likely going to be riddled with several more of these instances (or hundreds). It’s a very powerful scene.

4. Visiting the Croft mansion for the first time

For many Tomb Raider fans, trekking around the Croft mansion is one of the most memorable moments throughout the franchise. Though the level is meant to serve as a tutorial, it offers an interesting glimpse into Lara’s private life as well as her family’s.

While the mansion can be accessed in games beyond the original Tomb Raider, it’s the original that’s so fascinating, as it lent a more personable feel to Lara, who back then could often feel like a larger-than-life character with her sex appeal, cocky attitude, and killer instincts. You can use this entire area as a safe haven from enemies while learning the ropes, testing out jumps, and figuring out exactly what it is that Lara’s capable of here in the mansion, and in subsequent releases solve puzzles and perform dazzling feats.

Plus, there was always Lara’s butler Winston you encountered within the mansion, and you could lock him in the meat freezer if you tried hard enough.

Everyone knows the adage about King Midas, whose touch turned everything to gold. The exact same thing can happen to Lara in Tomb Raider with the Midas statue, and it might be one of the most surprising and memorable moments that can happen in the series beyond the gruesome deaths Lara can be subjected to in the rebooted Tomb Raider titles.

There’s a very interesting puzzle within the game in the level Palace Midas (Tomb Raider) or Greece – Midas’s Palace (Tomb Raider Anniversary) where Lara must collect Lead Bars and turn them into Gold Bars. There’s a special Hand of Midas in the area that you can walk upon and touch to see if the legend is true or not, and if you do so, Lara will actually turn into gold herself.

It happens so quickly and unexpectedly that you won’t know what hit you, as Lara dies of course from being turned into solid gold. It’s an extremely memorable moment that’s a perfect example of the magic that exists within the Tomb Raider universe amidst the more mundane missions Lara takes on.