Comic books aren’t just for kids anymore (if they ever were) and recent blockbuster superhero movies like Captain America: Civil War and Suicide Squad only make that fact clearer. And while comic books and toys may be the most high profile gifts in this category, there are actually many other options for people that are looking for gifts for the grownup comic book lover in their life. Here are five awesome gifts that any guy who loves comic books will appreciate.

This fun, functional, wristwatch lets the grownup comic book fan display their love of America’s most patriotic superhero every minute of the day. The case and band features a subdued dark blue color, while the crown features the classic red, white, and blue design seen on the Cap’s iconic shield. With a 7.25-inch long band and a 2.1-inch diameter dial, this hefty watch would be an impressive timepiece even without the Captain America logo. Befitting for a superhero that uses an unbreakable shield, this limited edition watch features a similarly sturdy stainless steel construction and a water resistance up to 30 meters. The Captain America watch is available here

Time to break out he chimichangas! This Marvel Deadpool Adult Hooded Terry Robe is the perfect gift for the man who isn’t ready to undergo a disfiguring experiment in order to unlock their superhero persona. Made of 100% cotton and featuring the classic Deadpool color scheme, this bathrobe is the perfect morning garb for the snarky Deadpool fan in your life. You can find the Marvel Deadpool Adult Hooded Terry Robe right here. 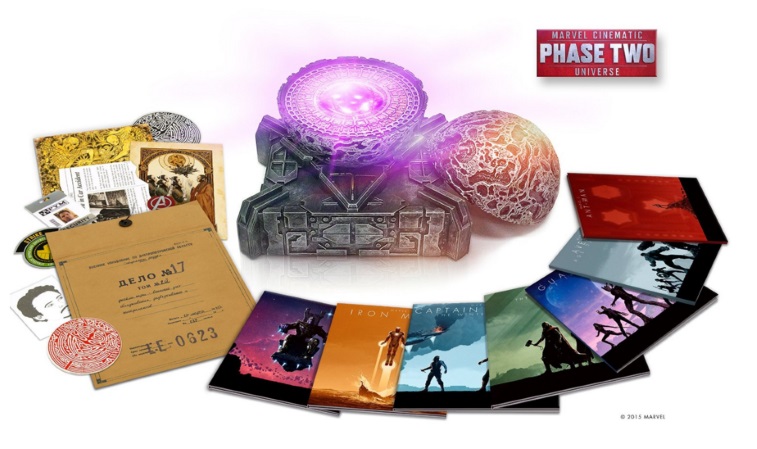 Disney-owned Marvel Studios has an ambitious plan to roll out over 20 interrelated superhero movies in three major phases. Phase One began with Iron Man and finished with The Avengers. Phase Two kicked off with the release of Iron Man 3 in 2013 and concluded with last year’s Ant-Man. Of course, this means that Phase Two has already wrapped up and the films that comprise that phase are now available for purchase.

And while casual fans of the films might be satisfied with owning the regular DVD editions of each movie, the comic book fanatic in your life will deeply appreciate receiving the special edition Marvel Cinematic Universe: Phase Two Collection Blu-ray movie box set. This 13-disc, six-movie collection comes in beautiful packaging designed by artist Matt Ferguson and features many collectible items, including a replica of the infamous Morag orb seen in Guardians of the Galaxy, a gold-foiled page from the book of the Dark Elves, and much more. It is a gift any Marvel aficionado will appreciate, and you can find it here. 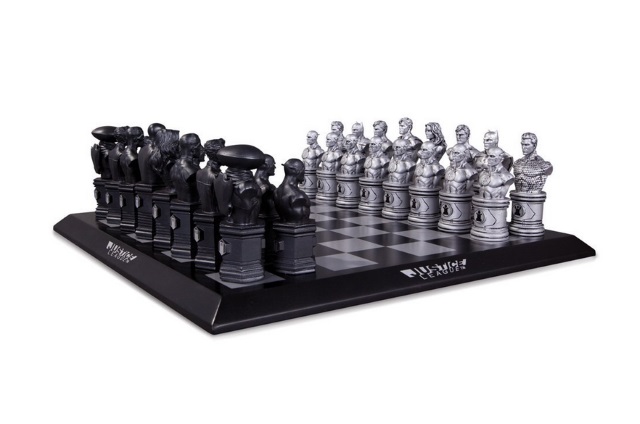 Of course Marvel isn’t the only comic book heavyweight that is bringing its characters to life on the big screen. Warner Bros.-owned DC Comics released several major motion pictures in theaters recently, including Batman v Superman: Dawn of Justice in March 2016 and Suicide Squad in August 2016. Which is why this handsome chess set from DC Collectibles

would make a fantastic gift for any adult fan of comic books.

All of the legendary DC Comics heroes and villains are here, including Batman, Superman, Lex Luthor, and more. Sculpted by artist Paul Harding, the intricate resin game pieces are modeled after the “The New 52” redesigns introduced by DC Comics in 2011. This impressive chess set also includes a solid wood board with metal accents. Give the set

, then promptly challenge the recipient to a game. 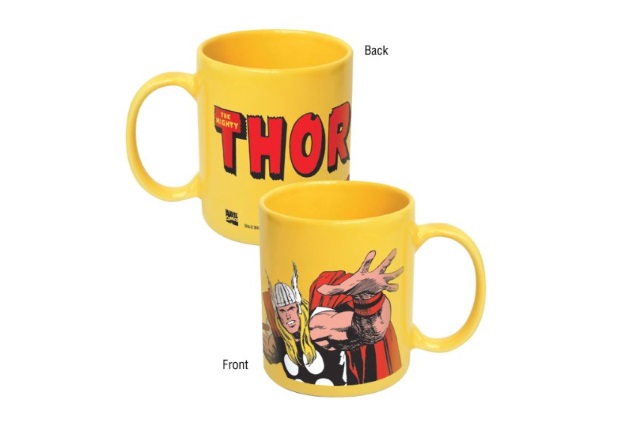 When it comes to liquid refreshment, Thor’s favorite beverage is probably mead. However, in one famous scene in the 2011 movie Thor, the Asgardian god of thunder discovers coffee and smashes his mug to express his pleasure. While we don’t condone breaking dishes in a diner, any fan of Thor will appreciate this coffee mug

that features a classic comic book graphic of the legendary superhero. Mead and coffee is not included.