If you love baseball, you’re all in from Opening Day to the final pitch of the World Series. For millions, America’s pastime still dominates our summers.Whether you’re cheering in the stands at a home game or yelling at your screen from the comfort of your couch, there’s always a way to stay engaged with your favorite baseball team almost every night of the week. But all our major league teams are taking a break next week to get ready for one of the biggest events of the season: The All-Star Game.

That doesn’t mean you’ll have to go without in the meantime. There are plenty of baseball-themed movies that perfectly capture the spirit of the game. Here are five movies that honor the history, the drama and the magic of baseball. 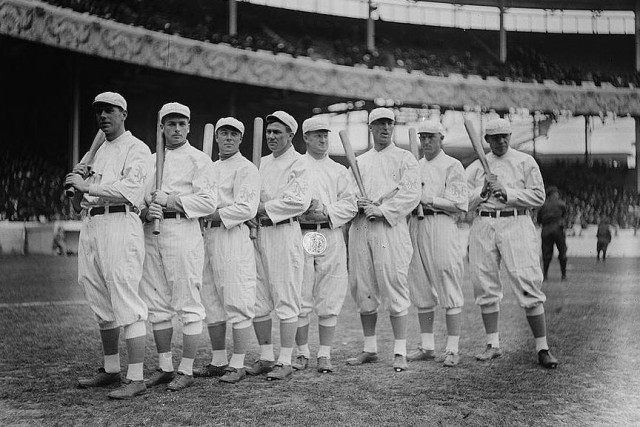 Clocking in at just under 19 hours long, it’s definitely not something you can consume in one day. But it’s well worth the time you’ll invest in watching it. Baseball chronicles our country’s love affair with the sport, starting with its origins prior to the 20th century, and ending in 1993. It all centers around a basic premise: that the game of baseball is a symbol for America itself. And by the end of the film, it’s hard to argue with that idea.

Burns mixes archival footage, photography and fascinating interviews with baseball legends. And he explores every facet of baseball culture and its most controversial moments, from integration to doping. It keeps your attention, because it examines not only the sport, but how it kept going through historical events like the Depression, multiple wars, and the volatile political climate of the 1960s. Baseball is a history lesson, but it’s so engrossing that it never feels like one. And it’s a must-see for every baseball lover. 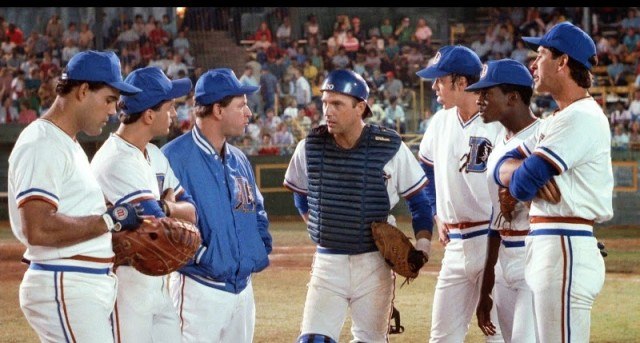 Minor league baseball doesn’t get a lot of press — players don’t become household names until they hit the majors. But that doesn’t mean there isn’t a world of interesting drama happening in the lower ranks. Bull Durham explores that world with an enjoyable mix of comedy and romance. It stars Kevin Costner as Crash Davis, a veteran minor leaguer who’s tasked with whipping rookie pitcher Ebby LaLoosh (Tim Robbins) into shape. They don’t get along. They fight over the beautiful Annie (Susan Sarandon). But in the midst of it all, they share a passion for the game. Bull Durham feels real in a way that a lot of sports movies don’t — you believe that the characters live and breathe the game, and it almost makes you feel like you’re a part of it, too. 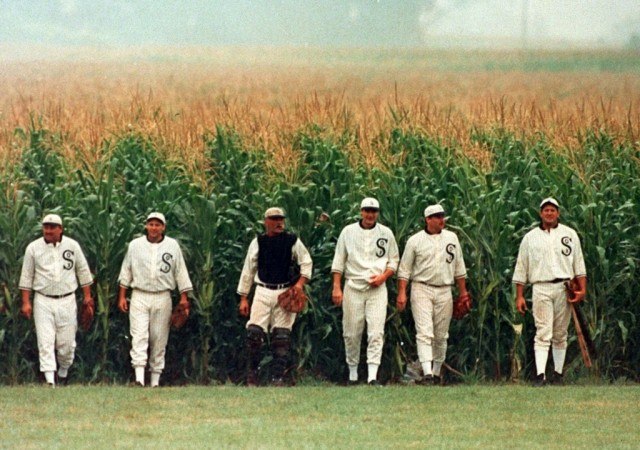 For many fans, baseball has a magical quality to it. And that magic is captured perfectly in Field of Dreams. Kevin Costner stars as Ray Kinsella, a struggling Iowa farmer who hears a voice telling him to build a baseball diamond in his corn fields. Visions of long-dead players guide him through his quest to make his farm into a baseball field, even while his family and friends worry about his sanity. And while you also wonder whether he’s really seeing ghosts, or they’re all a figment of his imagination, you root for Ray’s dream to come true.  Field of Dreams is filled with fantasy, history and nostalgia. It’s also a great reminder of the simple joy that baseball can bring to life.

Anyone who watches baseball will tell you that there’s an art to winning the game. Moneyball explores Oakland Athletics’ manager Billy Beane’s pioneering attempt to build a championship team based on a sabermetric formula. Brad Pitt plays Beane, who enlists Peter Brand (Jonah Hill), a young Ivy League economist who’s sure he’s figured out a way to assess a player’s ability. Together, they assemble a team for the Oakland As that seems like it’s designed to fail, and then watch them slowly build momentum. Moneyball is different from many other baseball films, because it focuses on the team behind the scenes rather than those on the bases. It also gives us an exciting and rare glimpse at the modern world of baseball and the high stakes involved in keeping a team competitive. 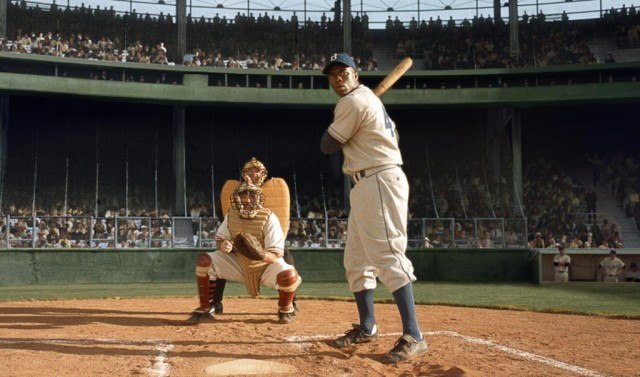 Jackie Robinson is one of the most famous baseball players of all time — both because he broke down racial boundaries, and because of his exemplary talent. 42 tells the story of how this legend became the first African American baseball player in the major leagues. Chadwick Boseman’s career-making performance as Robinson is only one of the highlights of this amazing film. It feels completely authentic, and captures the spirit of the time, the struggles Robinson and his family faced, and his own personal struggles as he fought for his rightful place in baseball history.