Step into a local movie theater or bookstore today, and chances are one will see adults — who aren’t with teens — engaged in stories featuring Young Adult (YA) characters. The YA genre is increasingly popular today, reaching a far wider audience than just the 12 to 18 year old crowd. More than half of YA book buyers are 18 and older — and 78 percent of those purchasers are buying the books for their own reading, according to a recent Publisher’s Weekly study.

So it’s no surprise that the film versions of already popular YA books are also well-received. The trend can be traced to the record breaking Harry Potter saga and Twilight series, but also seen more recently in successes such as The Hunger Games and this year’s The Fault in Our Stars. But while they may be the most known film adaptations of books today, there are plenty of others with varying degrees of success. Here are five notable YA adaptations coming up this year.

Lois Lowry’s dystopian novel has been read (and also banned) across classrooms since its publication in 1993. It presents a society in which pain is eliminated through the process of “Sameness,” purging emotional depth. The story follows a young boy, Jonas, who inherits the position of “Receiver of Memory,” who stores all memories before Sameness. Jonas receives these memories from The Giver. Upon realizing the power of knowledge, Jonas questions his community’s ignorance-based happiness. As seen in the trailer, Jonas’s character appears older in the film, and the action amped up. The film stars Jeff Bridges, Meryl Streep, Katie Holmes, and Brenton Thwaites. 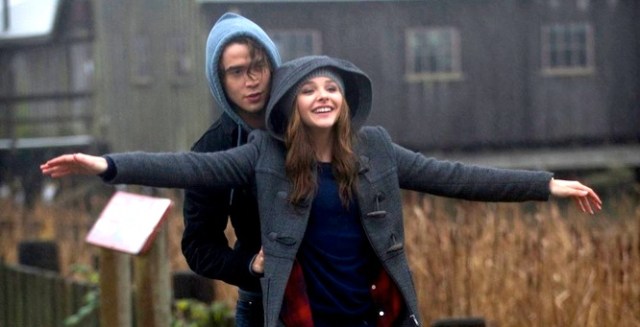 One of the effects that If I Stay has on readers is making them cry. The film is almost guaranteed to do the same. The story follows 17-year-old Mia dealing with the aftermath of a car accident that kills all her immediate family members. In coma, she has an out-of-body experience and the option of waking up and leading a life or slipping away to die. The decision isn’t an easy one, especially when involving her beloved boyfriend Adam and her best friend Kim. Music also plays an important role in the story, with Mia as a gifted classical musician in a family of rockers. The film stars Chloë Grace Moretz, Mireille Enos, and Jamie Blackley.

The post-apocalyptic sci-fi book is the first in the trilogy by James Dashner. It’s a fast-paced and thrilling adventure featuring a group of mainly teenage boys, seen also in the trailer. The protagonist, Thomas, is trapped in a massive and mysterious maze. He and the other boys and a girl named Teresa develop a community and must piece together bits of information from their past. With death on their minds, they must figure out how to get out of the maze where several vicious creatures also roam. The film stars Dylan O’Brien, Thomas Brodie-Sangster, and Kaya Scodelario. A sequel to the second book, The Scorch Trials, is also in the works. 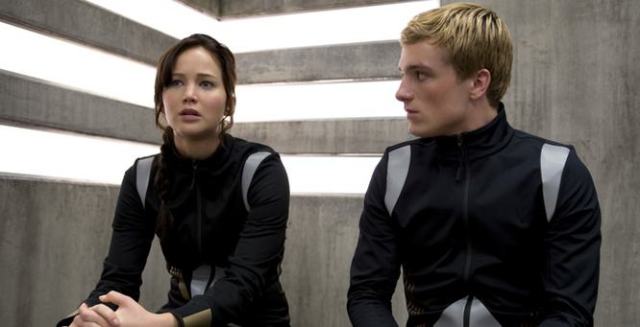 Based on its fanbase for the previous films and books, Mockingjay Part 1 is the most anticipated YA adaptation this year. Promotion for the film has been intensely smart with a PSA theme for its “Capital TV” trailers, including the most recent one featuring the disintegration of President Snow’s Panem Address. The heroine Katniss Everdeen has destroyed the Hunger Games forever and wakes up in District 13. Meanwhile, Peeta has been captured and losing his mind after being tortured. Katniss’ best friend, Gale, gets a bigger part in this portion of the story as he is a leader in the uprising. Mockingjay Part 1, like the rest of The Hunger Games films, stars Jennifer Lawrence, Josh Hutcherson, Liam Hemsworth, and Woody Harrelson.

The Hobbit: Battle of the Five Armies

J.R.R. Tolkien wrote The Hobbit with a younger audience in mind, unlike The Lord of the Rings. But the film version of the epic fantasy has added characters and backstories, and is much more action packed. Peter Jackson’s adaptation is split into three parts with The Battle of the Five Armies as the final installment, preceded by An Unexpected Journey and The Desolation of Smaug. It features the battle between Goblins, Men, Elves, and other creatures of Middle-Earth after the dwarves find and awaken Smaug the dragon. The film stars Martin Freeman, Ian McKellen, Richard Armitage, and Orlando Bloom. Like the first two installments, the trailer will not be released until October, according to Jackson’s Facebook page.