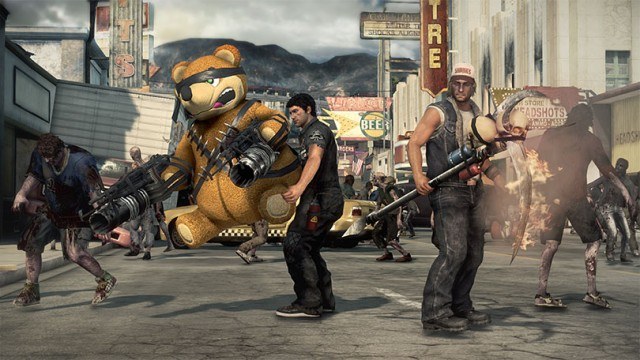 Ticking clocks make for a lot of excitement in real life and fiction. Whether it’s last minute edits to a report your boss asked for an hour ago, the countdown to the new year, or just a season of 24, a time limit seams to make everything more intense.

It’s the same way with video games, and sometimes entire games can depend on one constant ticking clock to really drive up the intensity for you, the player.

We collected a list of what we think are some of the best examples in gaming history. To make this list, the entire game had to be on a ticking clock, not just segments of levels. Sorry Metal Gear and Halo, but you’ll get your turn another time.

And to be clear, these are entire games of timed play, where the clock running out results in loss or death. We didn’t include racing games, nor did we include sports events, which while obviously on a timer, are not life and death matters.

Ease up there Madden fans … you can’t have everything.

We’re all aware of the exciting powers the prince’s knife gives him in the modern games (and in the film). But Prince of Persia started with a more simple premise: You have 60 real-time minutes to get to the princess and save her, otherwise she dies.

You had no life counter, and health was flexible, but every time you died you went backward, and the timer kept ticking. It must have been exhausting for the folks who had back luck on early levels and would eventually have to start over with a new timer because they’d run things out. Thank goodness life is easier today.

Pikmin was the first in the adorable series about a wayward space traveler enslaving semi-sentient creatures on a foreign world to help him rebuild his ship and return home. You didn’t see it that way? Well, difference of opinion. Maybe that’s why it wasn’t terribly upsetting to see the 30-day clock run out on my traveler, when he failed to command his troops to recapture enough pieces of his shattered ship to escape orbit and head home.

If you didn’t collect enough of the bare bones to get off rock, you got to watch your craft plummet back to the ground, where it appears the leaf-headed creatures you commanded do what they know and plant your lifeless corpse in the soil to grow anew.

You can play through the entirety of Super Mario World on the Super Nintendo (and a few other ports) in minutes. There’s a world record that people regularly beat. But if you’re taking your time exploring levels to find hidden passages on your own, things can get a bit hairy.

No, it’s unlikely that you’ll run out the clock on every level. Most levels are designed to award you extra points for how much time you have on the clock. But if there’s a jumping puzzle or a timing puzzle you can’t quite get right, get ready to hear that “time’s running out” music come into play, and sprint for dear life if you’re not even to the checkpoint yet.

Time is forgiving in this Zelda game, but only if you manage it well. You have 72 in-game hours to get things done, and then you have to pull out the old ocarina and play a special song to time travel back to the morning of day one. If you don’t, you and everyone else dies.

Time manipulation becomes more elaborate and important as the game wears on, but while you can return to the beginning of day one over and over again, you have to accomplish things before the 72-hour mark or start all over again. And starting from the top without finishing goals sounds a lot like dying and returning to a checkpoint in our book.

Dead Rising 3 has one of the most generous clocks in all the gaming world. It’s hard to actually run out of time if you’re paying attention to your objectives. Of course, ignoring the objectives and going H.A.M. on hordes of zombies with elaborate weapons is a good excuse for ignoring the clock ticking in the background.

There’s a simple way to get unlimited extra time to explore, and that’s to beat most of the story. But if you do neglect your responsibilities for too long, you will eventually (spoiler) perish in a massive nuclear strike. So ya know, you’ve got that to think about while you’re wielding a samurai-sword-covered, flame-throwing rake at an entire team of football zombies.