It’s that time again! Every week we round up five of the most inane and nonsensical rumors making their way through Hollywood. Some rumors have actual legitimacy — most are fabricated by Buzzfeed writers trying to garner clicks — but all of them will temporarily satiate the hive-mind’s addiction to consuming trivial details about their favorite celebrities! Ignore that tingling feeling in your brain as the gossip decimates your ability to think rationally and enjoy the latest rumors!

1. Are these Game of Thrones siblings dating in real life? 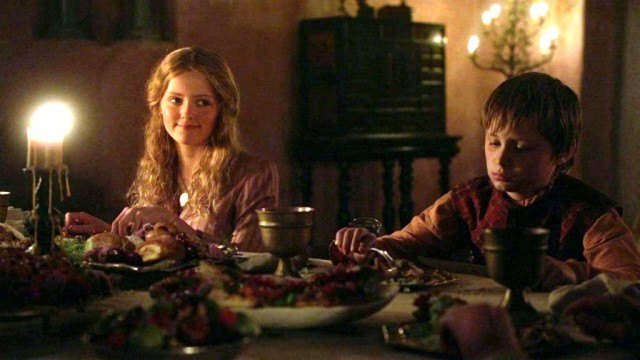 I wasn’t kidding about that whole “Buzzfeed making up things for clickbait” thing. On Thursday, they posted an article making the case that Dean-Charles Chapman and Nell Tiger Free (who play siblings Tommen and Myrcella Baratheon on GoT) are secretly dating each other in public. In Buzzfeed’s defense, the evidence is compelling (particularly Nell Tiger Free’s tweets where she calls Chapman “her boy” and shares pictures of him tying her shoes for her), but fellow GoT star Maisie Williams took to Twitter to call bullshit on the rumors… or at least I think that’s what she’s saying. Her exact statement regarding the rumor was, “BANTS IS UNREAL RN. SO MUCH BANTS. INCEST BANTS. BANTS. bants.” So… that’s that, then?

2. Is Ben Affleck’s former nanny/lover trying to be a Bachelorette?

God, I hope so. I don’t even watch that show, but just imagining someone try to work a lovable and sympathetic backstory out of having dated Ben Affleck makes me want to start. A month after Jennifer Garner and Ben Affleck split, US Weekly reported that Affleck was getting cuddly with the couple’s former nanny, 28-year-old Christine Ouzounian. Affleck vehemently denied the rumors; regardless, Page Six reported on Sunday that Ouzounian is now seeking an agent in the hopes of joining the cast of The Bachelorette. ABC responded only by saying that they “don’t comment on casting rumors.”

3. Are Tom Brady and Gisele Bundchen in a sexless marriage?

What a waste of perfectly attractive bodies, if they are. Rumors about the demise of the world’s most irritatingly beautiful couple started a few weeks ago when an “unnamed source” (always a good sign of truth-telling) told OK Magazine that things in the Bundchen/Brady household had taken a turn for the worst. Allegedly, the two were “fighting every other day for weeks,” but it was on Tom’s birthday that “things really came to a head” when they “each dredged up every issue with the other that they’d been suppressing.” Earlier this week, Celebrity Dirty Laundry claimed that the Brundchen duo hasn’t had sex in two years and fight constantly about how to raise their kids. Their article cites exactly zero sources, however, so unless Celebrity Dirty Laundry is secretly written by Tom Brady’s three-year-old toddler Vivian Lake then I doubt its authenticity.

It’s unclear, but a lady on Instagram sure seems to think so. Instagram user “ilovepatricele” accused La La Anthony a few days ago of cheating on Carmelo with little-known rapper Maino (who apparently has children with “ilovepatricele”). After the accusations went viral, La La and Carmelo posted the above video in a cute attempt to make fun of the rumors, although they still haven’t addressed them directly.

Oh, that wascally Lex Luthor. When will he learn to leave Superman alone? Not any time soon, apparently, if rumors about his dastardly exploits in the upcoming Batman v Superman are to be believed. According to Heroic Hollywood, Luthor’s newest attempt to bring down the Man of Steel will involve him kidnappings Clark Kent’s mother (played by Diane Lane). He will also still be bald. Very, very bald.