Every week we tap into Hollywood’s psyche, or give it our best shot, to give readers an in-depth look at the latest rumors, casting updates, and other entertainment beats of the sort. Everything you read has been incubating in the Hollywood world, and now it’s time to share it with you — Cheat Sheet readers. So, at long last, here is what has been pulsating throughout the Web this week:

If you haven’t heard yet, Benicio Del Toro has been attached to the next major film in production for Lucasfilms, Star Wars Episode VIII, directed by Rian Johnson. News broke this week that Del Toro will be a part of the project, though in what role, is a bit speculative at this point.

In a recent CinemaBlend article, Eric Eisenberg writes that while promoting his latest film, A Perfect Day, Del Toro visited the Spanish radio station RAC 1 and spoke about his upcoming work. He then broke into minor details about his role in Star Wars Episode VIII, saying that filming will begin in March. Then, according to a translation by StarWars7News, Del Toro said, “Ehhh… The thing is… They don’t let me talk too much about it, I’m like the villain.”

As Eisenberg points out, the statement is quite eye-opening in that Del Toro used the qualifier “like.” Does this provide some ambiguity for the project? Is Del Toro, in fact, going to be using his villainous qualities for the good side of the force?

News on the next Star Wars project is still open-ended, with rumors circulating about casting calls for a female lead. Daisy Ridley is a prominent character in The Force Awakens, but with Olivia Cook, Tatiana Maslany, and Gina Rodriguez rumored to be considered for Episode VIII, maybe Ridley’s fate in The Force Awakens is quite bleak.

Episode VIII is not the only Star Wars film in production, meaning fans of George Lucas and his universe are in for a treat within the next few years. Star Wars: Rogue One, the first standalone film in an anticipated anthology series, is currently filming, and stars Felicity Jones, Diego Luna, Ben Mendelsohn, and Forest Whitaker, among others.

2. Will Hugh Jackman be the next James Bond? 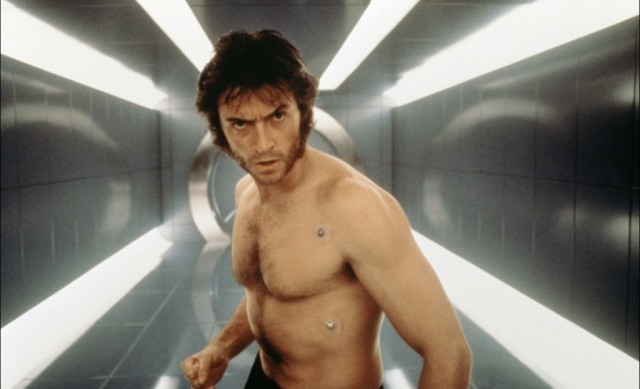 Sean O’Connell, in a recent CinemaBlend article, wrote that Hugh Jackman (a.k.a. Wolverine) may be looking to play James Bond, if producers should approach him about it, again that is. Before Bond producers locked in Daniel Craig, Hugh Jackman was considered for the moniker role, but the now-46-year-old actor had to turn it down to play Wolverine.

Currently, Jackman is preparing to sport the Wolverine claws yet again, in what is believed to be his last go-around as the Marvel hero. Jackman, in an interview with the Australian show The Program, said that if offered the role of 007, he’d “seriously consider it.”

According to O’Connell, Daniel Craig has said recently that his tenure as the super spy could be complete as well. He said that he “has a life, and it’s time I started living it.” So, after Spectre‘s release on November 6, Craig could be done as Bond. Director of Skyfall and Spectre, Sam Mendes, according to O’Connell, was once believed to be behind a back-to-back Bond series with Craig, but that has yet to happen.

Also coursing throughout the Web recently has been the call from the public to cast Idris Elba as the next Bond. The movement has gained some steam of late, though nothing has come of it just yet.

3. Will Catelyn Stark appear in Games of Thrones season six?

Sure, the ending of Games of Thrones’ season five was quite startling, if not heartbreaking, but what does the smash-hit series propose to do in season six? Moviepilot is reporting that rumors are forming that another Stark, and one who met a gruesome demise (as did another half-Stark this past season), may be due to return this year. If the show will strive to be anything similar to George R.R. Martin’s books, then that certain someone will be Lady Stoneheart. Who, you say? Well, “Lady Stoneheart” is actually Catelyn Stark (Michelle Fairley) — exhumed, or resurrected, that is.

We cannot say how reliable this source is, but it would be quite nice to see a Stark begin to enact some revenge. We last saw Lady Stark at the end of season three, at the infamous Red Wedding, where Walder Frey, in accordance with Roose Bolton, murdered Robb Stark, his wife, Talisa, and Catelyn. It would be quite a sight — a resurrected Catelyn wielding a sword at the helm of some bloodthirsty army — would it not?

The selective Kenneth Branagh has signed on to develop and direct an adaptation of Eoin Colfer’s popular YA fantasy novel, Artemis Fowl. Variety reported earlier this week that Branagh will develop the property, and is attached to direct an adaptation for Disney, while Irish playwright Conor McPherson is in talks to write the script. The project is still in its early stages, for at the time of that report, McPherson had yet to officially sign on.

Colfer’s series is about the eponymous Artemis Fowl II, a 12-year-old criminal who plans to lift gold from the Fairy People, which winds up putting him in direct contact with the world’s most dangerous figures. Variety writes that over the course of the series, “Fowl becomes a sort of antihero rather than a full-fledged villain, often having to work together with the fairies to stop a slew of treacherous megalomaniacs.”

Harvey Weinstein is set to produce, along with Branagh himself. Branagh is also set to direct a remake of Murder on the Orient Express for Fox.

What is the latest news involving the fifth Transformers film?

According to Jess Dailo of the Christian Post, Mark Ryan (voice of Bumblebee, Jetfire, and Lockdown) said that the next movie is currently under “two directions.” Ryan made the statement at a Wings and Wheel convention in the United Kingdom, and said the film is undergoing “dual directions.” The first one, Dailo writes, will be focused on Cade and family. The Christian Post contributor continues, saying that the franchise plans to “reinvent” the series, focusing more on the Autobots, rather  than their human counterparts on earth.

Dailo also reports that in an interview with Collider a few months ago, Mark Wahlberg said “Yes” when asked if he thinks Michael Bay will return to direct the film. Producer Lorenzo di Bonaventura also mentioned a possible Transformers – G.I. Joe crossover, to incorporate the current Transformers vs. G.I. Joe comics. Di Bonaventura also said that, “I think that later on that’s a possibility but I don’t think in the near future…”