Every week we tap into Hollywood’s psyche, or give it our best shot, to give readers an in-depth look at the latest rumors, casting updates, and other entertainment beats of the sort. Everything you read has been incubating in the Hollywood world, and now it’s time to share it with you, Cheat Sheet readers. So, at long last, here is what has been pulsating throughout the Web this week.

1. Newt and the beasts of J.K. Rowling’s Harry Potter prequel

James Hibberd, of Entertainment Weekly, reported Thursday that bits and pieces of the Fantastic Beasts and Where to Find Them plot have been revealed.

Spoiler alert: For those devoted Harry Potter fans that do not wish to learn more about the film in order to approach it next year with a clear, objective lens — do not read this next paragraph.

Hibberd reports that the film, which stars Oscar-winner Eddie Redmayne (The Theory of Everything), is mostly about the carefully concealed “wizarding” world in the United States of 1926. Magizoologist Newt Scamander (“author” of the catalog of magical creatures in the Harry Potter universe) comes to New York with a “trusty weathered case,” which according to Hibberd, opens up to a vaster world on the inside. Within this inverted sort of world, there lies “habitats” for rare/endangered species of the magical world that Newt has encountered doing his work.

What Scamander discovers, according to Hibberd, is that the American wizards are discreet, and the craft in its entirety is a rather clandestine operation. The wizards hide from the Muggles (which Hibberd indicates are actually called “No-Maj” in the States). Fantastic Beasts will encapsulate Scamander’s journey to America, and the creatures of his mystical trunk.

The film will be J.K. Rowling’s first screenplay. It is set for release on November 18, 2016, and is certainly poised to heighten the mythos of the Harry Potter universe.

2. The Hateful Eight to be boycotted by police unions? 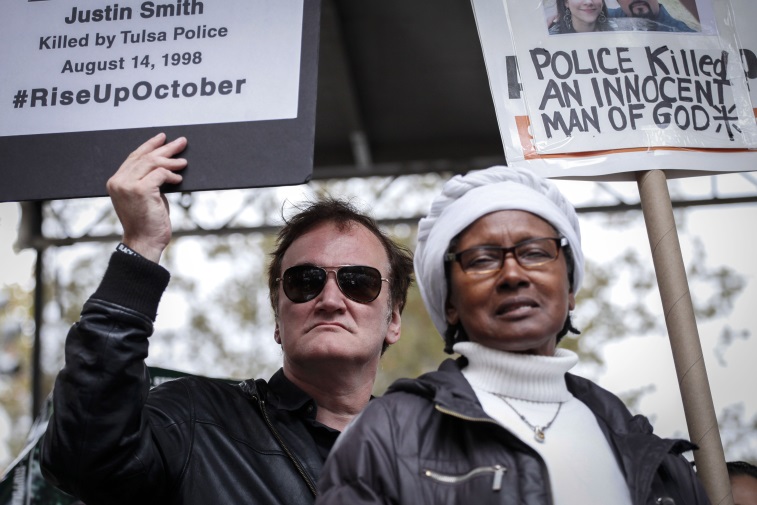 An auteur has come under fire of late. Quentin Tarantino, at a rally last month against police brutality in Washington Square Park, exclaimed that when talking about deaths of unarmed civilians by way of police, one has to refer to the perpetrators as “murderers.”

In response to this, police unions from across the country are up in arms. Some, according to Brent McKnight of CinemaBlend, have called for the boycott of Tarantino’s upcoming film The Hateful Eight, set for release in 70 mm format on December 25, and a wide release on January 8, 2016. 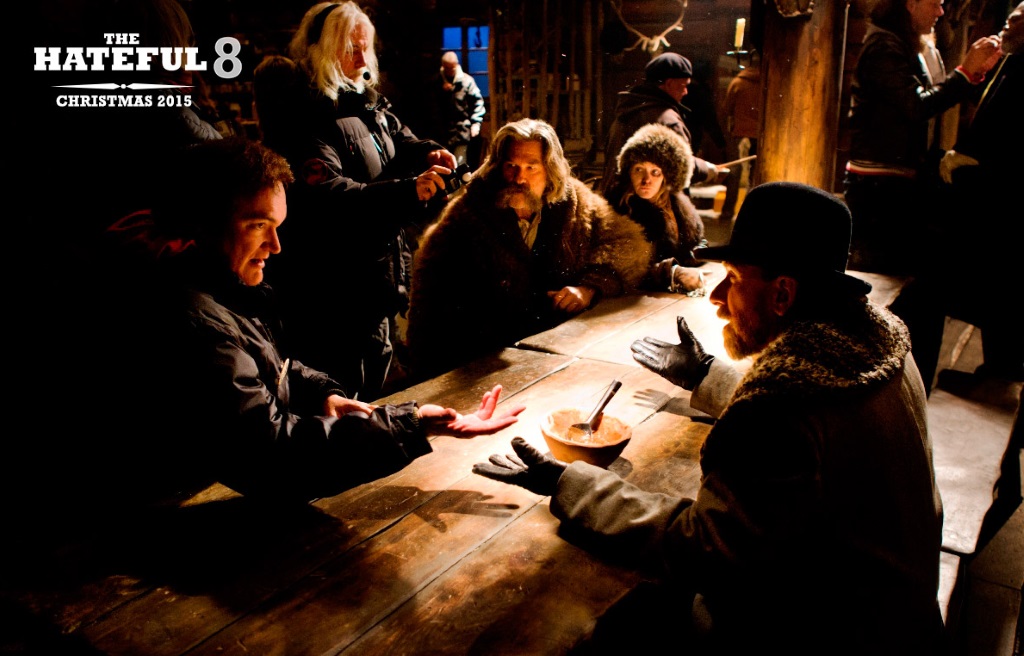 According to McKnight, who cites The Hollywood Reporter, Jim Pasco, president of the Fraternal Order of Police, said, “Something is in the works, but the element of surprise is the most important element. Something could happen anytime between now and [the premiere]… The right time and place will come up and we’ll try to hurt him in the only way that seems to matter to him, and that’s economically.”

McKnight continues, writing that Pasco clarified that the statement intends Tarantino no physical harm, and it’s not a physical threat.

Erik Pedersen of Deadline reported on November 4 that Tarantino went on the MSNBC show All In With Chris Hayes, and said, “In those cases in particular that we’re talking about, I actually do believe that they were murder.” He also attributed much of what he said to his ability to utilize his First Amendment right to free speech.

On November 5, Gregory Wakeman of CinemaBlend reported that a few plot-related tidbits have emerged about Jennifer Lawrence and Amy Schumer’s screenplay collaboration.

It was revealed earlier in the year that the pair was beginning to work on a screenplay, thanks in part to their then-blossoming friendship.

Recently, Lawrence teased her character in this film she is co-writing with Schumer. While out promoting the last installment of The Hunger Games (titled Hunger Games: Mockingjay – Part 2), Lawrence was asked by Entertainment Tonight about this project. She said, “Amy, in this movie, she has it very together. It’s her lifelong dream to be a flight attendant. She works at the airport. And I’m a mess, so…”

Doesn’t that say it all?

Lawrence went on to add that their script, right now, only has female roles. It seems the male characters, if any, will be relegated to supporting roles.

Lawrence, according to Wakeman, also said that the script is not just “funny” and “dirty,” but it’s “real,” too.

4. Olga Kurylenko to star in Android

Lesnick continues, writing that Android will be about the lines we cross to fulfill our desires. It will be set on a “lonely spaceship” orbiting Neptune, where Mason Anders decides to “rebuild” his dead wife (Kurylenko), and their son, Spencer. They’ll be the androids, of course. In the story, it comes to light that the androids will desire their own lives. Mason is then in trouble, and it’s up to him to save humanity.

The ComingSoon.net reporter writes that Android will begin filming at Infinite Studios Singapore in February 2016.

5. Trailer for Alice Through the Looking Glass released

The trailer for James Bobin’s Alice Through the Looking Glass was released this week — and it sure looks to (at least) aesthetically please.

The film picks up long after the events of the previous film. Alice (Mia Wasikowska) must return to Wonderland to rescue the Mad Hatter (Johnny Depp) from the sinister-looking character Time, played by Sacha Baron Cohen.

The film is directed by James Bobin, who was a writer/producer on Da Ali G Show, and has directed the feature films The Muppets and Muppets Most Wanted.

Alice Through the Looking Glass is written by Linda Woolverton and co-produced by Tim Burton. It is based on Through the Looking Glass by Lewis Carroll and is a sequel to the 2010 film Alice in Wonderland. Acting beside Wasikowska is Depp, Baron Cohen, and Helena Bonham Carter as the Red Queen, Anne Hathaway as the White Queen, and Rhys Ifans as Zanik Hightopp, the Mad Hatter’s father, among others. Voice actors include: Stephen Fry as the Cheshire Cat, Toby Jones as Wilkins, Alan Rickman as the Caterpillar, and Michael Sheen as the White Rabbit.