While it’s hard enough to turn a beloved animated series into a live-action adventure, it may be even more difficult to effectively adapt a hit film into a cartoon version of itself. Often, the results wind up feeling like a cheap knock-off rather than an extension of the film’s mythology and a chance for viewers to spend more time with their favorite characters. However, here are five animated series that managed to pull off the impossible and create a successful show worthy of the films that inspired them. 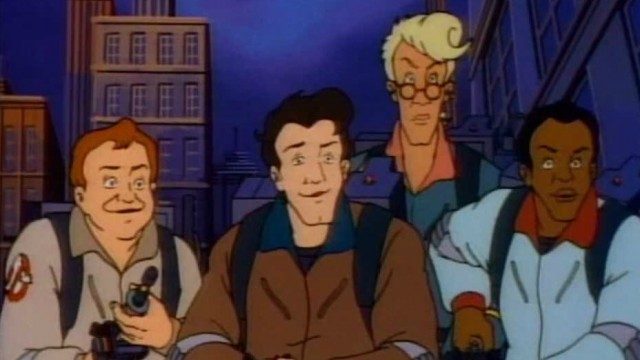 After Ghostbusters hit it big in 1984, it was only a matter of time before the franchise was expanded in some capacity. So, just a couple of years later, Sony launched this animated counterpart — adding “The Real” to differentiate from the unrelated Filmation Ghost Busters franchise — following all the main characters from the film into further adventures. The show helped foster even greater affection for the franchise among fans throughout its seven-season run, leading to a spinoff series for the character of Slimer and a sequel series called Extreme Ghostbusters in 1997 that introduced a new generation of paranormal investigators. 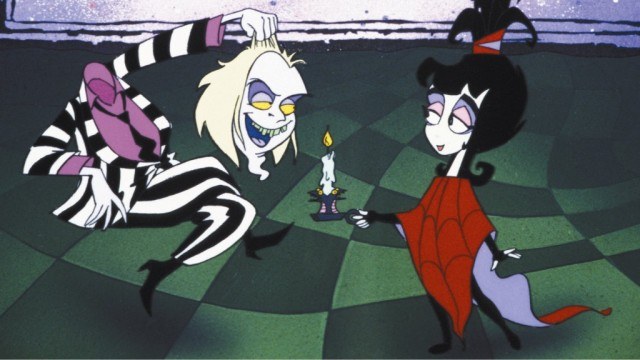 Tim Burton’s comedy featured Michael Keaton as the titular “ghost with the most”, but this series takes viewers far deeper into Beetlejuice’s homeworld than the film ever did. It imagines Beetlejuice and Lydia (played by Winona Ryder in the movie) as best friends and chronicles their wacky adventures in both the Netherworld and the real world, introducing a number of new characters along the way. Despite being only loosely based on the film, it retains Danny Elfman’s indelible theme music and re-imagines the macabre world of Burton’s film as a more colorful landscape that is the perfect launchpad for animated fun. 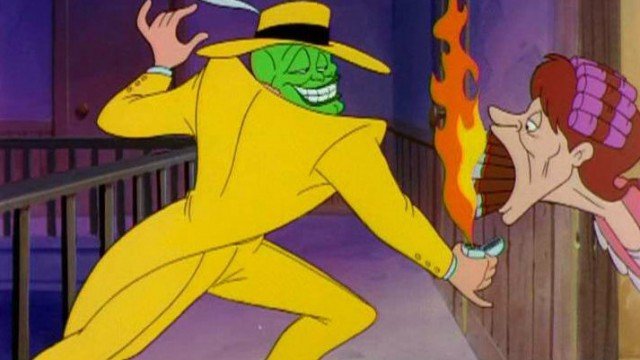 In the 1994 film of the same name, Jim Carrey essentially played a live-action cartoon character. So it stands to reason that an animated series based on The Mask would be an easy transition. Veteran voice actor Rob Paulsen effortlessly slips into the dual role of mild-mannered Stanley Ipkiss and his green-faced alter-ego, as the latter character wreaks havoc all over Edge City and attempts to keep his identity secret. The show takes some liberties with the film’s story (e.g. no Tina Carlyle) but mostly fits within the established canon. At one point, The Mask even features a cross-over episode with another animated series based on a Carrey film, Ace Ventura: Pet Detective. 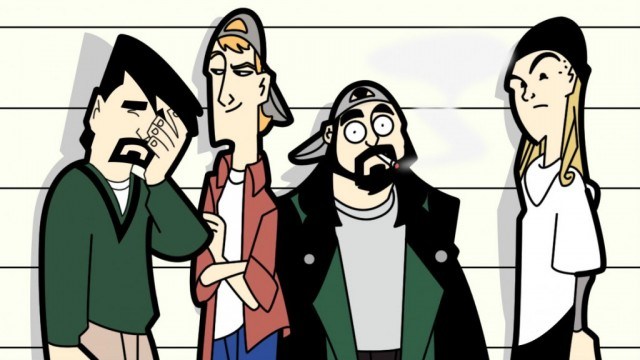 Considering that Kevin Smith’s 1994 comedy is brimming with adult language, Clerks is a strange candidate for an animated adaptation, especially one that wound up on a major network. Yet, despite its obviously toned-down content (for instance, drugdealers Jay and Silent Bob are now simply mischievous troublemakers), the show is wonderfully irreverent and features the main cast of the film reprising their roles. In the 15 years since it was canceled after only six episodes, the series has remained a cult favorite, and even Smith himself has expressed a desire to bring it back to the airwaves in the next few years. With Clerks 3 on the horizon, the time may be right to reintroduce the characters in animated form as well. 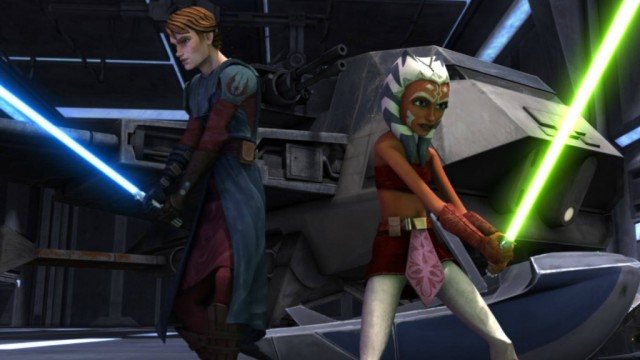 Star Wars: The Clone Wars – like the 1990s Batman: The Animated Series — is that rare show to remain accessible to children without pandering or sacrificing it own gravitas. Kicked off by the 2008 animated film of the same name, the series fills in the gaps between Star Wars: Episode II – Attack of the Clones and Star Wars: Episode III – Revenge of the Sith, establishing a number of major battles that comprised the bulk of the Clone Wars. In addition, it added dimension to characters like Anakin Skywalker and introduced new heroes like Anakin’s apprentice, Ahsoka Tano. When Disney purchased Lucasfilm, the Star Wars expanded universe was declared non-canon, but this show has luckily remained officially tied to the films.