Midseason premieres are a staple of television scheduling. They’re also a little added bonus for viewers who need a little pick-me-up in the doldrums of winter. That’s one of the reasons why networks sometimes save their most exciting series for this time of year. Another is because a series can gain a lot more momentum and attention when it shows up mid-year than it might when it’s crammed in with the slew of other series that premiere in the fall.

Whatever the reason, we, the TV audience, are the clear winners here. Especially this year — because there are some pretty exciting new series heading our way. Here are five midseason TV series you can definitely look forward to.

A brutal murder. A Ford Bronco barreling down an LA highway. A sensational criminal case — with one of America’s most famous athletes standing trial. American Crime Story is a new anthology series — not to be confused with ABC’s American Crime – which will follow a single case during each season. And it’s tackling one of the most infamous crimes in America first — the trial of O.J. Simpson.

American Crime Story’s first season will follow the case, from the day of Nicole Simpson Brown’s murder to the jury’s controversial verdict. Creators Scott Alexander and Larry Karaszewski have enlisted some of Hollywood’s most dramatic actors to bring the story — which riveted Americans in the ‘90s — back to life for a new generation. Cuba Gooding Jr. plays embattled former NFL player, while John Travolta is portraying Robert Shapiro, one of Simpson’s defense attorneys. AHS’s Sarah Paulson, Nashville’s Connie Britton, and Friends’s David Schwimmer will also star in The People v. O.J. Simpson: American Crime Story. The FX series will air on Tuesdays at 10 p.m beginning February 2. 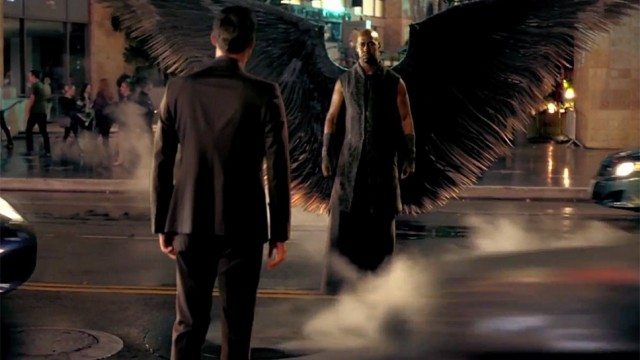 What do you get when you combine horror, fantasy, crime and comedy? In this case, it’s Lucifer, an irreverent new series loosely based on one of Neil Gaiman’s most popular Sandman characters. This genre-bending show will follow the titular Lord of Hell (Tom Ellis) after he gets bored with his duties, ditches his fiery-pits-of-the-underworld throne and joins forces with the LAPD. Sure, the premise is out there — but that doesn’t mean it won’t work. Lucifer was well received by fans at Comic Con this year — and early reviews indicate it will be a fun and edgy series that’s Gaiman fans and newbies alike will be able to enjoy. Lucifer will air on FOX every Monday night at 9 p.m. beginning January 25. 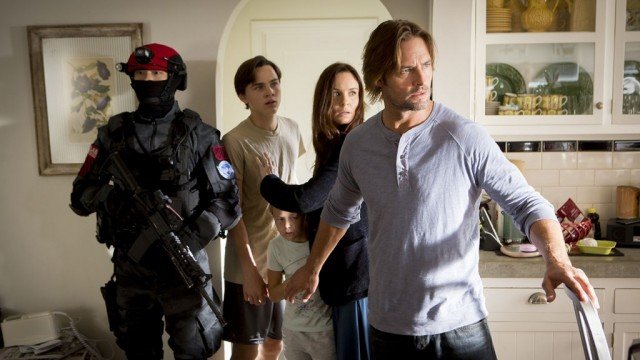 This sci-fi drama isn’t just tapping into fears of a potential dystopian future — it’s bringing some of TV’s most well-known actors back to the small screen. Colony stars Lost’s Josh Holloway and The Walking Dead’s Sarah Wayne Callies as a couple living under an extreme — and extraterrestrial – military regime. In this dangerous world, they have to navigate complicated governmental structures while trying to keep their profiles low. Colony has a complicated premise, but according to reviews it should captivate viewers more than it confuses them. The USA Network series, created by Lost’s Carlton Cuse, will air Thursdays at 10 p.m. beginning January 14. 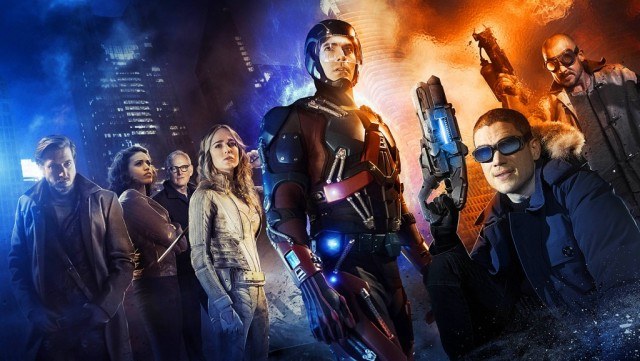 Sure, there are plenty of superheroes on TV these days. But a few more couldn’t hurt, right? A spinoff of Arrow and The Flash, D.C.’s Legends of Tomorrow promises to bring more action and adventure to your TV-watching-device-of-choice. And it’s also bringing some fan-favorite DC characters to life — including White Canary (Caity Lotz), The Atom (Brandon Routh), and Captain Cold (Wentworth Miller). And the series isn’t just relying on a built-in fanbase to bring in viewers. Legends of Tomorrow offers up an exciting premise — Firestorm’s (Victor Garber/Franz Drameh) compatriots have to band together to prevent Vandal Savage (Casper Crump) from destroying the entire world. The series airs Thursday nights on The CW beginning January 21. 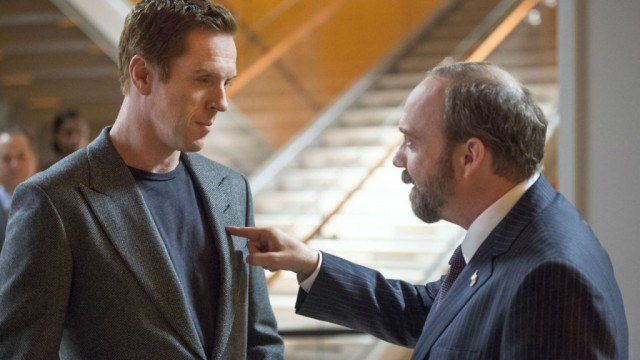 Real-world drama in the financial sector the past few years have found their way into Hollywood’s storylines more than once. In Showtime’s new series, Billions, the characters are fictional but the problems they face feel real. The series stars Homeland’s Damien Lewis as Bobby Axelrod, a hedge fund manager who’s at once a criminal and a guilt-driven philanthropist. He faces off against Paul Giamatti’s Chuck Rhodes, a New York-based attorney intent on bringing men like Axelrod down. Billions has earned stellar reviews from critics who hail it as “hard to resist.” It airs Sundays at 10 p.m. on Showtime beginning January 17.