5 Mistakes That Made Disney’s ‘Tomorrowland’ a Movie Flop

Now more than ever, Hollywood has been inundated with sequels, remakes, reboots, and adaptations. It’s far easier to take an already-made story with a built-in audience and turn it into a full-on franchise than it is to gamble on an original script. Because of this, the “original” movie has begun to die off completely, in favor of massive cinematic franchises, sometimes even spanning multiple decades. Unless you’re Pixar, trying to make money off of an original story is a risky proposition to say the very least.

Some have of course succeeded at it. James Cameron’s Avatar still has the highest box office haul of any movie in history. Christopher Nolan’s Inception saw similar success, becoming an iconic addition to the annuls of sci-fi. But for every Avatar and Inception, there’s a Cowboys & Aliens out there that only barely made back its money at the box office. And then of course, there’s Brad Bird’s Tomorrowland, a scattered mess of a story that at its core had so much potential to be a boon toward original scripts. Instead, it only strengthened the claim of sequels and reboots has on the film industry for a whole host of reasons. [Warning: Tomorrowland spoilers abound!] 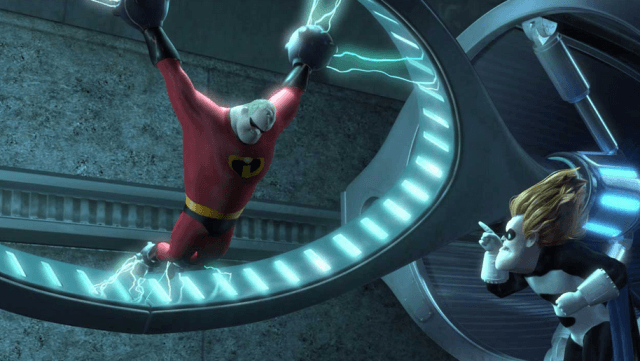 Brad Bird has generally made a career off of making stellar, heartfelt cinema. Movies like The Iron Giant, Ratatouille, Up, and The Incredibles all grace his resumé, so needless to say there’s no arguing his skill as a filmmaker. But within much of his body of work is a strangely Randian message of exceptionalism, pulled straight from the pages of Ayn Rand’s Atlas Shrugged. The Incredibles is his most overt try at that message emphasizing only a few people deserve to be “super,” and that a world where everyone stands on level ground is nothing short of a dystopian nightmare.

Tomorrowland carries with it that same odd theme, something that seems more than a little out of place in what amounts to a movie aimed at children. The general message: An elite of the world’s most innovative and intelligent thinkers and dreamers leave to create their own utopia in an alternate dimension, leaving Earth behind. In the end, our hero sends out a recruiting force to find more people on Earth deserving of living in this utopia, still keeping their existence a secret from the ordinary population not worthy of joining them.

Woven into the overtly Randian slant, we have a story we’ve seen told a billion times. An ordinary person (in this case a kid) sets out on a mission, and finds out she’s essentially the chosen one who can save the world from utter destruction. Her chosen-one-ness is defined mostly by her being super duper hopeful, along with her ability to “know how things work.” George Clooney plays a jaded mentor-esque figure who finds his heart again thanks to his more optimistic ward.

What was supposed to be an original script was still massively derivative, pulling just about every beat of its tale from the hero monomyth. We’ve seen Bird (and his writing partner Damon Lindelof) do much better than they did with this one, making it that much more disappointing that an intriguing concept became overshadowed by a poorly-written plot.

It’s not like Tomorrowland‘s universe is worthless in and of itself, and that’s what makes its story that much more disappointing. The movie may carry the namesake of the alternate dimension of geniuses and inventors, but we spend almost three quarters of the film watching our main characters not actually in Tomorrowland. When they finally do arrive, they spend most of their time duking it out with Hugh Laurie inside a building.

But what about the expansive universe of Tomorrowland itself? Apparently it was started by Nikola Tesla and his friends in Paris, but what happened there? Who was originally chosen to live in this new society? Is it one city, or an entire new planet? Why did it shut its doors for good and kick George Clooney out? None of those questions are addressed even a little, instead giving us a good hard look at our main character driving across Texas in a stolen truck looking for a way into this city we never really learn anything about. 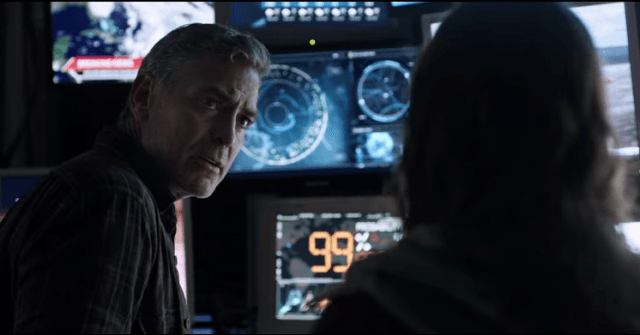 4. The sense of impending doom and gloom

A large portion of Tomorrowland was predicated on the idea that the world was doomed to utter destruction in approximately 68 days. A series of disasters caused by climate change, nuclear war, poverty, famine, and revolution were predicted by some super-machine created by George Clooney, with our protagonist apparently possessing the power to offset by not accepting it as an inevitability.

Unfortunately, the movies ends and that doomed future still felt pretty feasible. The polar icecaps are melting, war and famine are still worldwide epidemics, and Tomorrowland is still not sharing any of their amazing technology with Earth to help prevent any of this. You don’t walk out of the theater feeling like anything is going to be OK. In fact, it’s quite the opposite; If anything, you come out of the experience feeling as though we’re pretty much all screwed.

5. The true failure as an original script

This one is a fundamental problem with the entire project of Tomorrowland. As an original story that flopped in its opening weekend thanks to its lackluster story, it hurts the future of other original movies in the process. A studio getting a risky new script put on their desk is less likely to take a chance on it knowing that movies like Tomorrowland didn’t end up panning out well for anyone. Instead, they’re more likely now to take the safe bet in yet another sequel or reboot. The franchise route is always the easiest, and that’s only further emphasized each time an original movie falls short of expectations.