5 Monstrous Ideas for the ‘Godzilla’ Sequel No One Wants 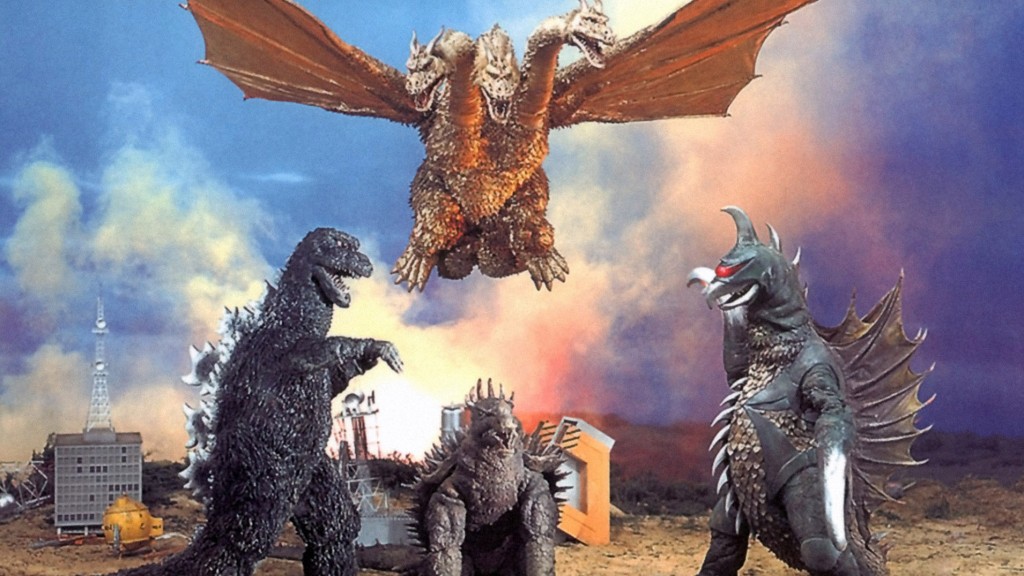 Gareth Edwards’ reboot of Godzilla pulled in over $93 million its opening weekend, good enough to get the gears turning on the recently confirmed sequel. What remains to be seen is just what, exactly, the sequel will be about. Edwards’ film is more concerned with suspense and awe than character development, so there aren’t really any characters worth following around for a second film. But Toho’s Godzilla series wasn’t concerned with characters, either; the big guy changed appearance often enough, going from a 25-meter monster in 1954 to a 100-meter behemoth in 2014, an agile lizard thing in 1998, to a fire breathing creature with glowing crystals on his back in the early 2000s.

So, where can they take Godzilla now? There’s no word on which actors will return, if any, and whether Gareth Edwards will helm the sequel or be involved in any capacity. We really know next to nothing, and it’s pointless to argue why they shouldn’t make the sequel, since producers don’t care what people think anyway. They just want your money, which you will gladly hand them anyway. So here are five ideas of where we’d like to see the new Godzilla film go, and what we’d like to see him do.

Edwards said, a whole year before the reboot came out, that he had an idea for a sequel set on a monster island, perhaps the Monster Island from the Toho films. Since they can’t hide Godzilla for an entire hour before bringing him to the foreground again (Edwards has said that once you show the audience a huge spectacle, you can’t unshow it and you can’t top it.) So why not just go all-out and throw a monster mash?

Gigan, the weird looking monster with one long eye and hooks for hands (how does he eat cereal?), is a cool idea that didn’t get a very good treatment. Gigan is short size-wise, so they’d have to beef him up to stand claw-to-claw with Godzilla. His belly spikes and webbed back fin give him the sharp, sinister feel of a Spielbergian monster and the impractical look of a Roger Corman monster.

Who wouldn’t want to see a new Mechagodzilla? Robots are popular —  Michael Bay keeps making billions of dollars with the same robot-smash-robot movie and Guillermo del Toro’s Pacific Rim made over $400 million worldwide. So why shouldn’t Godzilla get to fight a robot? James Cameron could even design Mechagodzilla if he isn’t too busy with Avatar 2 and 3. Maybe Godzilla will go back in time to stop Matthew Broderick from signing up for Roland Emmerich’s film?

Globing warming is a problem (although Fox News kindly reminds you to put economic growth before climate change) and who better than Godzilla to fight it? In Godzilla vs Hedorah, the scaly one fights pollution. Literally — he fights a benthos of smog that has been transformed into an ugly monster. The monster doesn’t really fight so much as it saps the life out of Godzilla by sitting on his face. Now imagine that fight scene, but done on a $200 million budget. Better yet, he can fight the idea of global warming and appeal to a different demographic: Al Gore and some scientists can get into a giant robot that looks like a giant Toyota Prius and Godzilla can teach those Commies a lesson.

Like Wes Craven with New Nightmare and Scream, or Joe Dante with Gremlins 2, the new Godzilla film can be self-referential. Godzilla can become a witty, navel-gazing monster who comments on his own tropes. Bonus points for Hulk Hogan cameos.

If they really can’t think of anything, just have Godzilla do this. Boom — mad stacks, yo.