5 Most Hilarious Skits From Comedy Central’s ‘Key and Peele’ 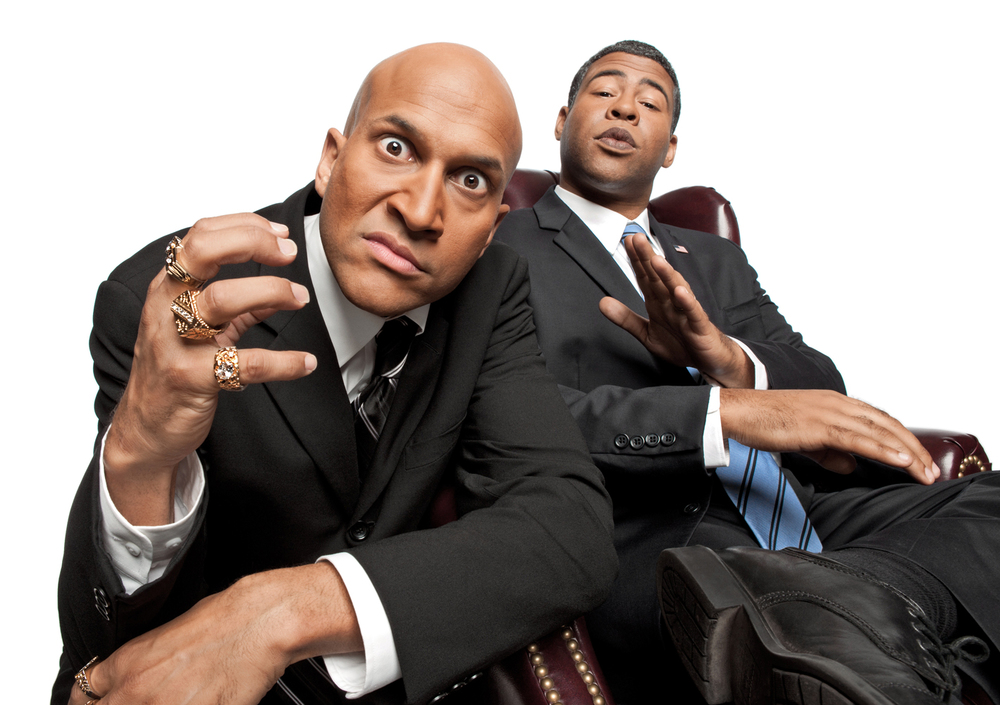 Over their lengthy run on Comedy Central, Jordan Peele and Keegan Michael Key have taken their little sketch show from obscurity into full-on social activism. Their show has been defined by commentary on everything from the way African-Americans are treated in modern America to gender politics. Consistently, they’ve woven this biting commentary expertly into their comedy, often making statements that are both controversial and directly to the point. And although Key and Peele officially went off the air in September 2015, the show’s recent Emmy win for Outstanding Variety Sketch Show has brought renewed attention to this comedy duo.

The pair cited a will to continue on with other projects, both together and apart. It won’t make their brilliantly written and performed sketches any less missed though, making now the perfect time to reflect on the ones that made them iconic in comedy television. Combining incisive commentary and clever writing has always been the hallmark of the duo, something embodied in their most well-known performances.

Directly before President Barack Obama’s second term as president began, Key and Peele unveiled a the fictional “anger translator,” Luther. On the surface, it’s a funny sketch about the president utilizing someone else to help speak his mind in a less official and political way. But just a little deeper than that, it’s a commentary on the expectation that a black president expressing his feelings falls into the unfair stereotype of the “angry black man.” The character became so influential and widely regarded, that Luther (played to perfection by Key) was invited to actually speak for Obama at the Press Correspondents Dinner this last year.

It may not address a societal issue, but Key and Peele‘s “East/West College Bowl” is the show’s genius summed up in an elegantly uncomplicated delivery. In its simplest form, it’s the duo reading off a list of names, somehow providing some of the biggest laughs of any of their previous work. Taking on the relative absurdity of names in the college sports sphere, both Key and Peele take on multiple personas, bringing to life a host of characters. Entertaining an audience reading off what amounts to a list of funny words is nothing short of impressive, showing their true range as comedians.

This one made for a nigh unsettling statement on race relations in America, ringing all too true concerning the treatment of our country’s black citizens. In the fictional “Negrotown,” you can do things like “wear your hoodie without being shot,” and avoid “trigger-happy cops.” Written out, the lyrics to the song spanning the length of the sketch seem less like comedy and more like a not-veiled-at-all indictment. When watched though, it delivers that message in a neatly tied-up package that expertly walks the line between digestible and rightfully aggressive.

Our society has no illusions concerning the poor treatment of women when it comes depicting pirates. They existed in a time when such behavior was the norm of the time, something not often ignored in TV and cinema. What’s disturbing though is that much of that overt sexism is still very much a part of modern America. In their clever “Pirate Chantey,” we see hardened pirates who “say ‘yo ho’ but…don’t say ‘ho,’ because that’s disrespectful, yo.” It’s an ode to progressive gender politics told by characters not known for their forward-thinking ways.

There aren’t many shows that can combine a post-apocalyptic alien invasion with a satirization of racial stereotypes. Key and Peele is one of those shows. The sketch shows our titular heroes wandering through an invasion wasteland, searching for aliens who can mimic human appearance and behavior. They manage to figure out who the fake humans are based on the way they feel about black people, discovering one particular person as an imposter based on the fact they’d let Key and Peele date their daughter. It only escalates from there, expertly blending genres and social commentary the way they do best.