5 Movie Behaviors That You Should Never Try at Home 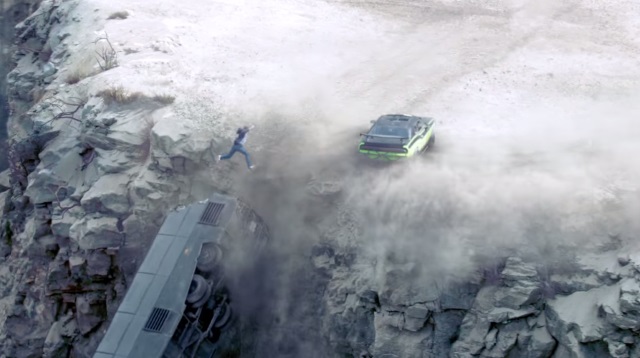 There’s a scene in Furious 7 in which Paul Walker’s character makes a death-defying leap from a bus falling off a cliff onto the back of a skidding muscle car. While this climactic scene makes perfect sense in an action movie about a team of street racers battling a rogue military assassin, nobody in their right mind would attempt to recreate this scene in real life. Today’s movie fans are sophisticated enough to understand that these types stunts are carefully choreographed under strict safety guidelines and are often enhanced with CGI effects to better create the illusion of danger.

On the other hand, there are many other types of less dramatic activities portrayed in movies that viewers may not even realize are dangerous. While these activities may not result in people falling off a cliff, they can still have pretty serious consequences for people that attempt them in real life. In many ways, these commonly seen behaviors are even more dangerous, because it may be less obvious to unsophisticated viewers that what they are seeing onscreen could be dangerous to their health and safety in real life. Here are five risky behaviors commonly seen in movies that should never be tried in the real world. 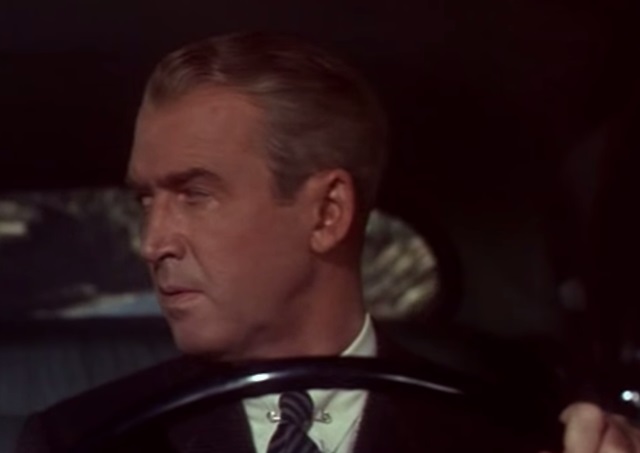 With the advent of mobile devices and other in-vehicle electronic gadgets, distracted driving has become a national epidemic. The government even has a website, Distraction.gov, which is dedicated to highlighting the problem. According to government statistics, 3,154 people were killed in distracted driving crashes in 2013 alone. Which is why it’s a little distressing that characters in movies are often shown driving a car with little to no concern for actually paying attention to the task.

Have you ever seen a movie in which the driver of a vehicle gets involved in a long conversation with a passenger and seems to forget that they’re supposed to be watching the road? Even worse, movie characters are often shown not wearing their seatbelts while they sit in seats in which the headrests have been removed in order to provide a better viewing angle for the cameras. Of course, in most movies when a character is shown driving a car, they’re actually just sitting in the driver’s seat while being towed. However, that’s exactly the point. By continually showing characters doing things that would result in a serious car accident in real life, movies are perpetuating the myth that distracted driving has no real consequences.

2. Careless use of firearms 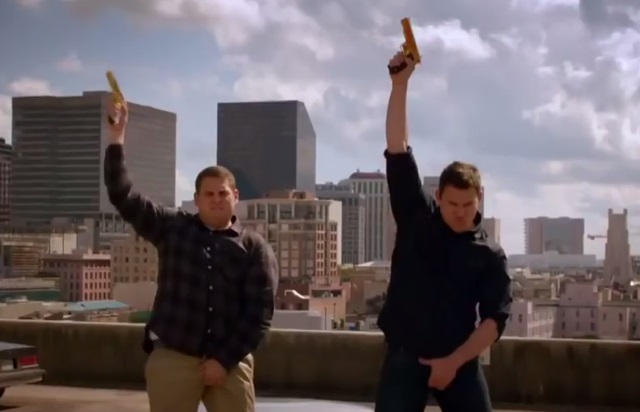 Hollywood has a long-running love affair with guns – at least when it comes to movies. From classic Clint Eastwood westerns to the latest Quentin Tarantino bloodbath, guns have figured prominently in the American cinematic landscape. Whether the proliferation of guns in movies is an unhealthy obsession in itself is a debate for another day. However, there is no question that the majority of movies that feature guns are showing them being used in unsafe ways.

First, we should point out that we’re not talking about obviously fantastical uses of guns such as the abilities of the assassins portrayed in Wanted to curve the trajectory of bullets by whipping their guns around. Rather, we are referring to the lax weapons handling techniques used by characters in movies that are ostensibly more reality based. From holding guns too close to their heads (a popular movie poster pose), to casually jamming a loaded pistol into their waistbands, there are all kinds of unsafe ways that movie characters use their deadly weapons that viewers may not even notice. Note to Hollywood: Holding a gun close to your head is a great way to give yourself a lobotomy and sticking an unsecured gun in your waistband…well, let’s just say that could easily lead to a life-changing injury. 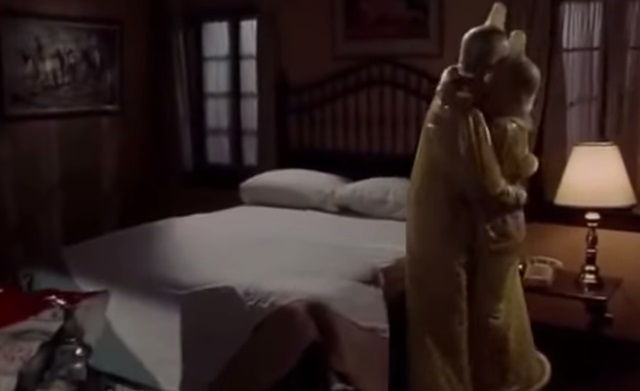 It’s a scenario that gets repeated over and over in pretty much any movie rated PG-13 or higher. Two people meet, fall in love (or not), and immediately jump into bed. What’s missing? How about some basic safe sex practices? Let’s face it: Condom use and other forms of birth control are not especially sexy, so it’s understandable that those precautions are generally not depicted in movies in which people have sex. A 2005 Journal of the Royal Society of Medicine study cited by WebMD that looked at the top 200 movies of all time based on box office found that only one movie referenced condom use and none showed the consequences of unprotected sex.

Although recently there have been some notable exceptions that buck this trend — such as 2007’s Knocked Up — most movies today still fail to show the realistic consequences of unprotected sex. And while unprotected sex in movies may not have any consequences, this type of risky behavior can have serious ramifications in real life, including the spread of STDs and unintended pregnancies. Considering that both of these issues are still major health and social problems today, it’s a bit troubling that most popular movies today are continuing to perpetuate the myth that unsafe sex is OK. 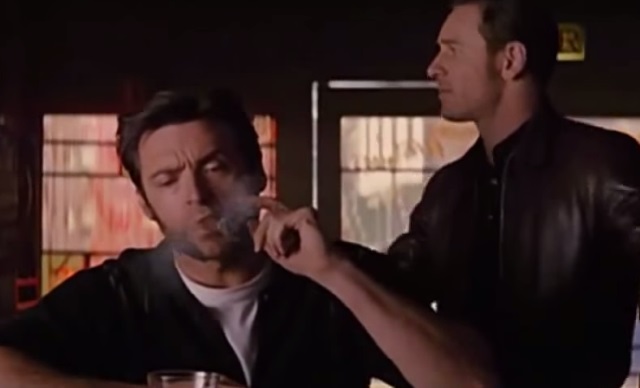 Although it’s been decades since cigarette smoking was first definitively linked to serious health issues such as cancer, the prevalence of smoking in movies has actually increased in recent years. According to a Journal of Public Health study cited by HealthDay, depictions of tobacco use in movies grew from 4.9 times per hour in the early ‘80s to 10.9 times per hour in today’s films. While most people today are fully aware of the health risks associated with smoking, there is evidence that that these onscreen depictions of smoking can influence children to take up the habit, as noted by the Surgeon General in 2012.

Fortunately, several studios that make movies geared toward children have already taken steps to eliminate smoking in their films. In March 2015, Disney CEO Bob Iger announced that all future PG-13-rated movies made by Marvel, Pixar, and LucasFilm will no longer depict smoking, reports The Telegraph. Adults, on the other hand, will just have to continue to remember that smoking is a habit best left to fictional movie characters. 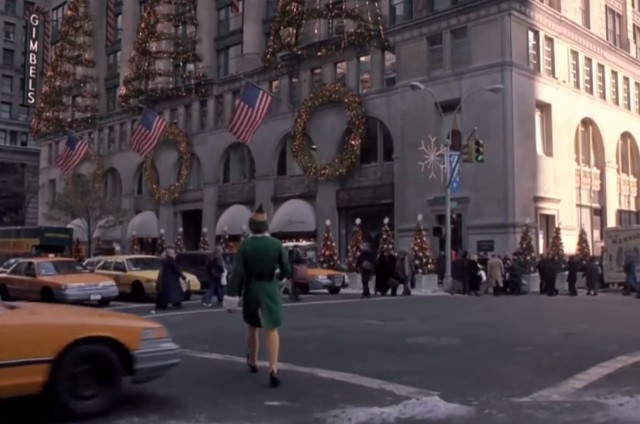 Today, most cities and states require people to take some basic injury prevention measures when they are undertaking certain activities. For example, in order to reduce pedestrian injuries and fatalities, most cities have laws that require people to use crosswalks when crossing the street. Similarly, many states also have laws that require the use of a helmet while riding a bike, or a flotation device while swimming. Unfortunately, these types of basic injury prevention practices are often skipped over in movies.

As with many of the other risky behaviors depicted in movies, it is the least sophisticated viewers (read: children) who are most likely to pick up these bad habits. According to the authors of a Pediatrics journal study cited by WebMD, “approximately one half of [children’s movie] scenes still depict unsafe practices and the consequences of these behaviors are rarely shown.”

Obviously, eliminating all of these behaviors from movies is not the answer. Not only would censorship violate filmmakers’ freedom of expression, there are many movies in which these types of onscreen activities are necessary elements of the story (such as depictions of historical smokers). However, next time you watch a movie, it may be worth reminding yourself (or your child) that while characters in movies may not need to wear seatbelts, people in the real world still do.