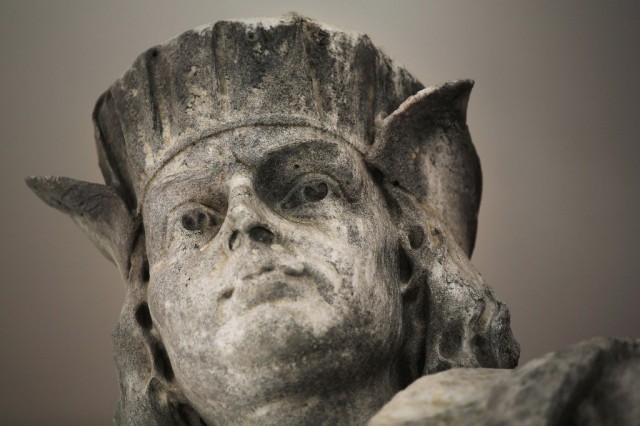 Columbus Day, the federal holiday that marks the anniversary of Christopher Columbus’s arrival in the Americas over 500 years ago, is here. Although many of us may have grown up learning that Columbus “discovered” the so-called New World, the explorer’s famous voyage is typically not described in those terms anymore.  Besides the obvious fact that numerous indigenous peoples were already living on the land Columbus “discovered,” it has also been proven that Columbus wasn’t even the first European visitor, since other mariners such as Leif Erikson had made trips to the Americas hundreds of years before 1492.

On the other hand, Columbus can be credited with precipitating the European colonization and conquest of the Americas. Since Columbus’s voyage resulted in the murder and exploitation of many of the indigenous peoples who lived there, the observance of Columbus Day remains a controversial issue in the United States.  However, regardless of whether or not you believe it is appropriate to celebrate Columbus Day, it’s fair to say that — for better or for worse — Columbus’s “discovery” of the Americas drastically changed the world.

Not surprisingly, various films have been made about this watershed moment in history, including John Glen’s critically-panned Christopher Columbus: The Discovery and Ridley Scott’s marginally better 1492: Conquest of Paradise. Since there appears to be a dearth of movies made about Columbus, we thought this would be an opportune time to highlight films that portray other discoveries that were as earthshaking as Columbus’s trips to the Americas. Here are five films that have been made about discoveries that changed our world forever in important ways.

While Louis Pasteur is primarily remembered today for the food and drink sterilization process that bears his name, this film focuses on his efforts to develop a cure for anthrax and hydrophobia (the historic name for rabies). As depicted in the film, Pasteur was also one of the first scientists to encourage doctors to wash their hands and sterilize their equipment before surgeries. Thanks to Pasteur’s discoveries about germs and vaccines, countless lives have been saved. So wash your hands and raise a glass of clean, pasteurized milk to this renowned French microbiologist and his important scientific discoveries.

The Story of Louis Pasteur stars Paul Muni in the title role, Josephine Hutchinson as Marie Pasteur, Anita Louise as Annette Pasteur, Donald Woods as Dr. Jean Martel, and Fritz Leiber as Dr. Charbonnet, Pasteur’s chief antagonist. The film was a critical hit and won three Academy Awards in 1937, including a Best Actor in a Leading Role Oscar for Muni.

The Race for the Double Helix aka Life Story (1986)

This BBC telefilm tells the story of the race among scientists to be the first to discover the structure of the DNA molecule. James Watson and Francis Crick, the two scientists credited with making the discovery, are portrayed in the film by Jeff Goldblum and Tim Pigott-Smith, respectively. The Race for the Double Helix won several awards, including a British Academy of Film and Television Arts (BAFTA) award for Best Single Drama.

The discovery of the structure of DNA has been widely acknowledged as one of the most significant discoveries of the 20th century and in 1962 both men were awarded the Nobel Prize in Physiology or Medicine along with Maurice Wilkins. Besides helping to establish the field of molecular biology, Watson and Crick’s discovery also vastly increased our understanding of how genetic information is encoded.

The story of the development of the first atomic bomb is dramatized in this film starring Paul Newman as General Leslie Groves and Dwight Schultz as J. Robert Oppenheimer. Like many scientific endeavors, the development of the atomic bomb was a collaborative effort that involved hundreds of researchers building on the knowledge acquired from previous scientific discoveries, especially ones related to uranium enrichment and weapons design. Codenamed the “Manhattan Project,” the secret program eventually led to the creation of two atomic bombs — nicknamed “Little Boy” and “Fat Man” — that were dropped on the Japanese cities of Hiroshima and Nagasaki, respectively.

Besides definitively ending World War II, the development of the atomic bomb also kicked off the nuclear arms race with the Soviet Union and led to the use of nuclear power as an energy source. While it is impossible to point to one single discovery that led to the development of the atom bomb, the invention of this destructive weapon continues to have major repercussions on the world today.

Albert Einstein’s theory of relativity is the focus of this telefilm starring Andy Serkis (best known for his motion capture work in The Lord of the Rings film trilogy) as the famous bushy-haired scientist. David Tennant costars as Sir Arthur Stanley Eddington, a British physicist who was one of the few scientists to grasp the significance of Einstein’s theories about space being shaped by the presence of mass.

Eddington later played a key role in popularizing Einstein’s discoveries when he documented an eclipse on the island of Principe that helped prove the theory of relativity. Besides overturning long held beliefs in Newtonian mechanics, Einstein’s revolutionary ideas also helped lay the foundation for today’s modern physics.

In the film, Darwin is depicted as struggling to complete his seminal work, On the Origin of Species, because it contradicts beliefs held by his devoutly religious wife. Needless to say, Darwin’s book was eventually published and his discovery that populations of organisms slowly change through a process of natural selection has become one of the central pillars of modern life sciences.